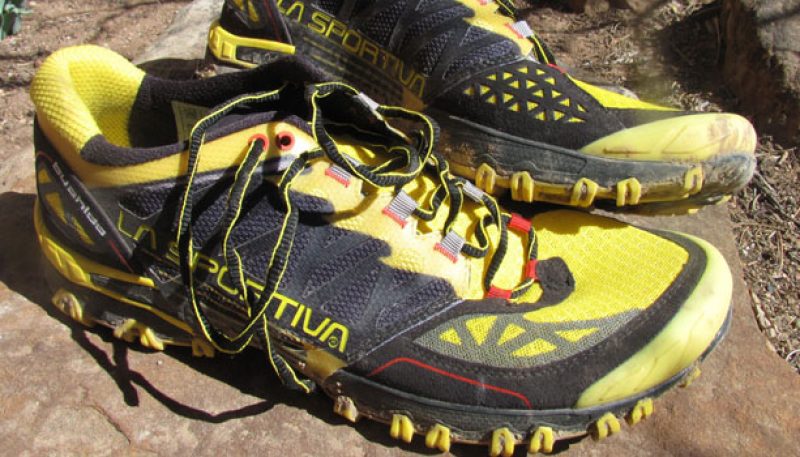 The La Sportiva Bushido is a solid general purpose trail shoe that should appeal to performance-oriented mountain runners. It feels most at home on technical terrain and hills—think canyon crossings with twisty descents and steep rocky climbs, loose off-trail sections, and long ascents that involve a mix of running and power hiking. That’s where its stiffness is a real asset; on mellower paths it feels like overkill. Mind the fit: It runs half a size small.

The La Sportiva Bushido has a lot of things going for it. For a shoe in the mid-weight class what really stands out is the handling and responsiveness. Although the shoe comes across as a more typical longer distance shoe, it has no problem with faster speeds due to the somewhat lower profile and great energy efficiency. This combined with the added protection over a trail flat really facilitates pushing the pace. The overall stiffness of the shoe also helps with both handling and climbing efficiency.

The Bushido really seemed to be at home on technical terrain. The outsole gripped well on just about everything, and provided ample push-through protection. The upper also is quite protective and had no problem absorbing impact from trail hazards. These characteristics are definitely overkill on groomed singletrack and fire roads, although the shoe certainly isn’t inadequate in these conditions. Still, higher-effort runs on variable terrain is where the Bushido shines. Think canyon crossings with twisty descents and steep rocky climbs, loose off-trail sections, and long ascents that involve a mix of running and power hiking. As one tester put it, Sportiva has just unleashed their technical trail monster.

The downside of the Bushido’s stiffness is that it leads to a somewhat unforgiving ride, particularly at slower speeds. The Bushido is therefore probably not the best shoe for easy days or long slow training runs, with a possible exception for the latter on a route with highly variable and technical terrain however. But overall this is definitely a shoe for the more performance-oriented runner. It also would make a good short-distance racing shoe for mid-packers.

The shoe does seem to run at least a half size small.

The Bushido is a little less comfortable than most shoes in this category because of the stiff ride. This is the result of both the midsole material and the plastic stiffening elements that are on both sides of the midfoot. The upper material is a bit more forgiving but still wouldn’t be considered soft by any means. As a consequence most runners would probably find the Bushido to be best for runs up to a few hours in length. Anything more than that is likely to the lower legs and feet feeling pretty battered.

On the other hand, the protection is outstanding for a shoe of this weight. Testers reported taking all kinds of abuse in the Bushido—including kicking rocks at full stride. Everywhere you look on this shoe, there seems to be some sort of protective feature. How La Sportiva managed to build a shoe like this that only weighs 9oz is actually a fairly impressive feat of engineering.

The Bushido provides a naturally secure fit without excessive lace pressure. The low profile ride also helps minimize movement of the foot inside the shoe. One caveat here is that testers uniformly reported that the shoe ran small, and some of the observed foot security could be a result of this.

Speed and turnover were about average. The main issue is that the ride is not very smooth, like with some of the standouts in this category of shoe, so it can feel a little awkward at times. For example, cruising a long smooth descent at 6-7 minute pace is not a situation where the shoe would really stand out. On the other hand, energy efficiency was generally excellent due to the stiffness. A lot of shoes in this category start to feel cumbersome on steep, technical grades, but the Bushido was springy and aggressive.

The Bushido feels lower to the ground than the somewhat prominent outsole features might suggest. This combined with the overall stiffness really helps handling on off-camber terrain. Precise foot placement is somewhat more challenging than a trail flat, but that is to be expected. The agility of the shoe is enhanced by the confidence-inspiring traction, which testers unanimously praised.  The agility and traction combined with the protection make technical downhill at speed in the Bushido almost like pure play.

The MSRP of $125 is definitely on the high-end, but also not atypical for shoes designed for technical terrain. 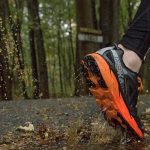