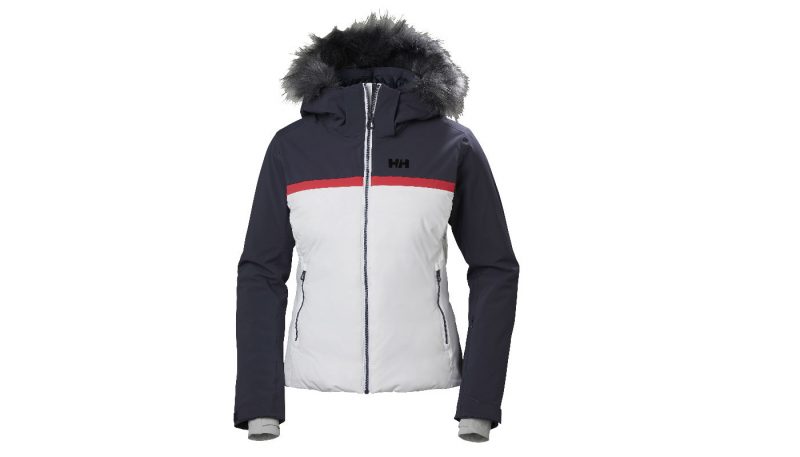 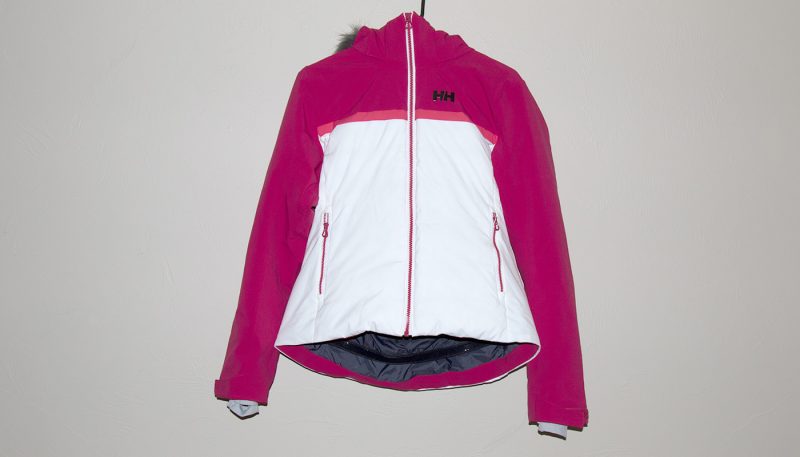 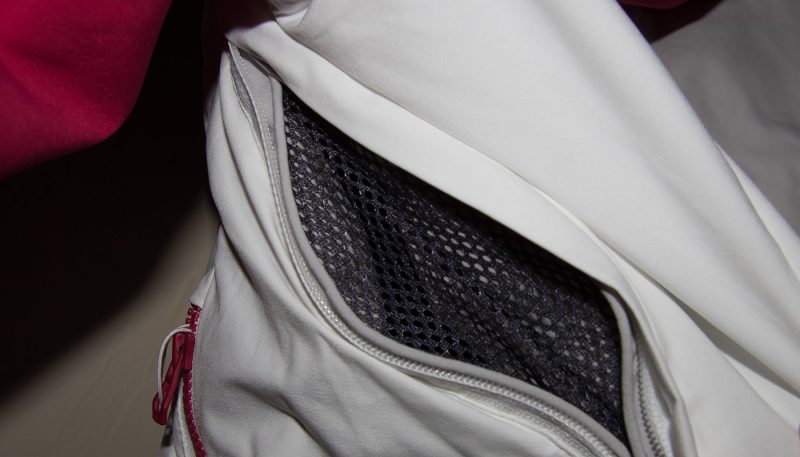 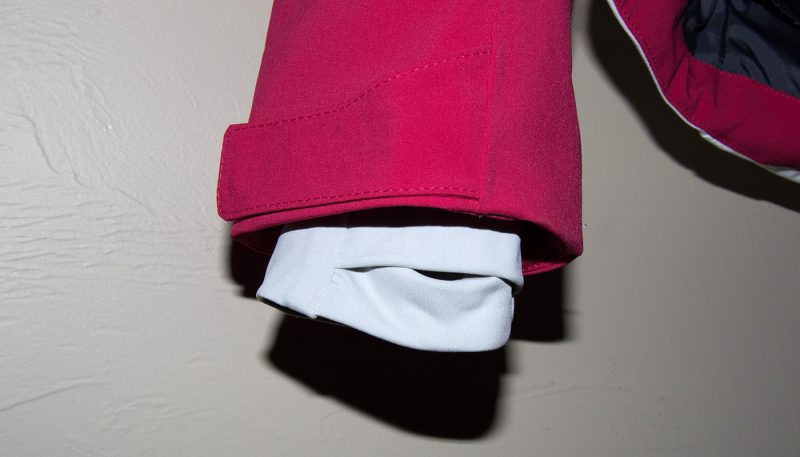 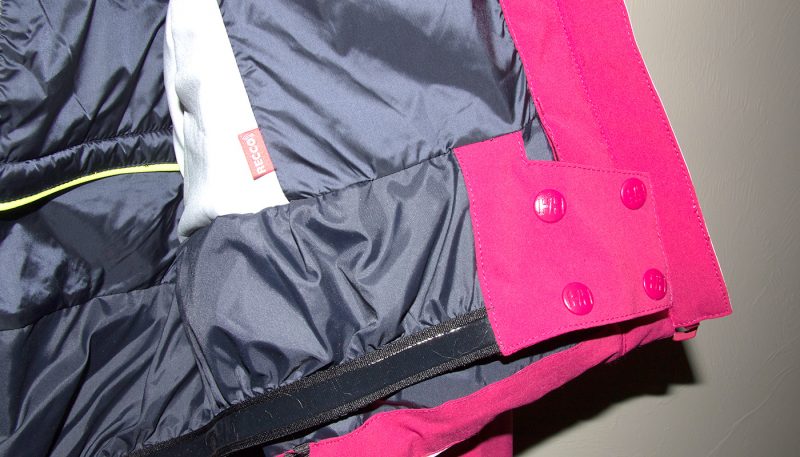 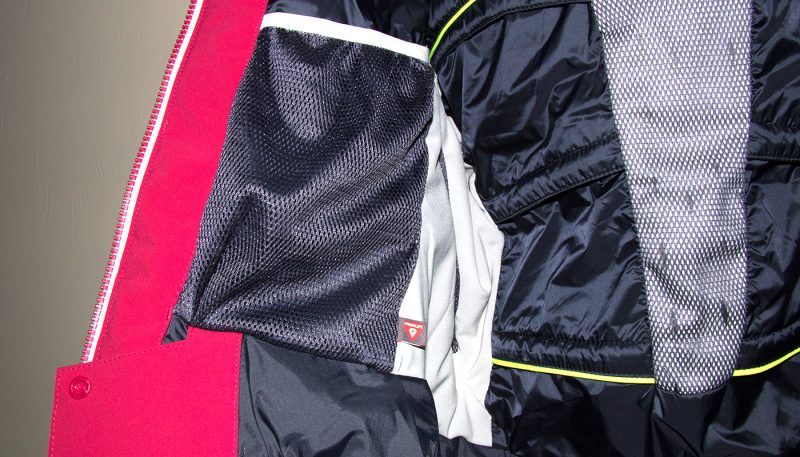 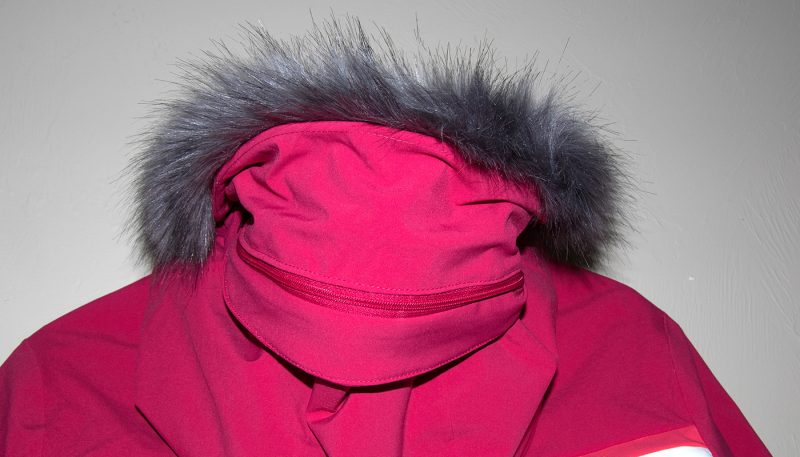 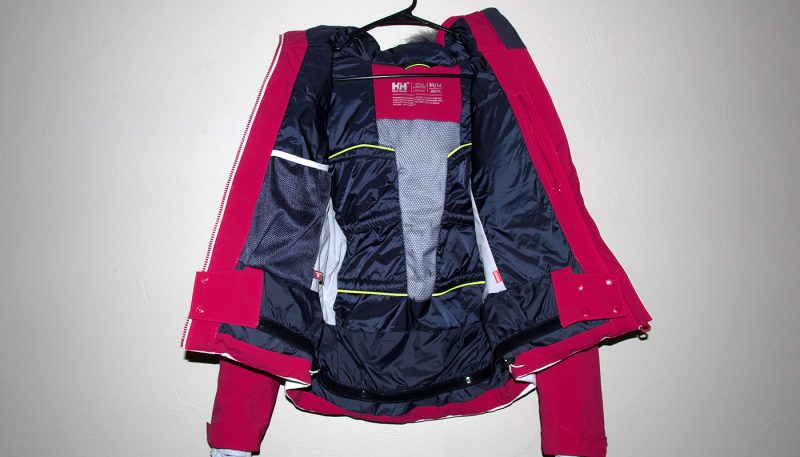 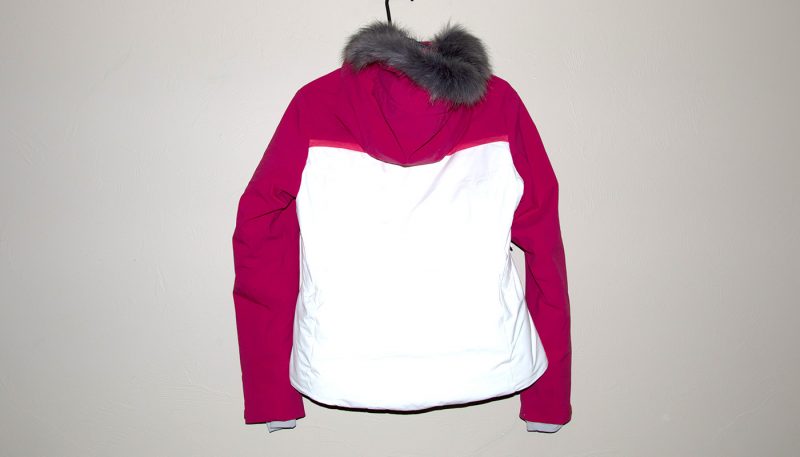 THE VERDICT
The Helly Hansen Powderstar is a solid resort jacket that is a great choice on cold, snowy days especially if looking good and being comfortable are important. This is a quality jacket with materials that are both warm and breathable though not as weatherproof as some other choices. It has the necessary features for a resort jacket but without an overabundance of pockets. The cut is shorter than most testers liked and fits a bit awkwardly. Nevertheless, testers enjoyed the warmth and feel of the jacket and wouldn’t hesitate to choose this jacket for the coldest days at the resort.
FULL REVIEW

The Helly Hansen Powderstar is made out of highly breathable and waterproof 2-layer Helly Tech Performance fabric. It features an H2Flow system which is meant to trap air for more warmth while also allowing for the ability to cool down quickly with the use of pit zips. It uses a Primaloft Down blend on parts of the body and sleeves and 100g Primaloft synthetic insulation in the side panels, lower sleeves and hood. Testers found that the Primaloft lining provided plenty of insulation even when riding long chair lifts on the coldest days at the mountain. The overall material of this jacket is much softer than the typical Gore-tex jacket which also allowed for more freedom of movement. This jacket is obviously intended for females with its stylish contrasting color patterns which testers enjoyed since it was unique compared to the standard one color ski jacket.

The Powderstar has the typical features of a resort jacket but tailored more to looking good rather than the practicality of a snow jacket. The best feature is the easy to access side pit zips for quickly cooling down in this warm jacket. However, testers found them to be a bit difficult to open with gloves on due to the small zippers. The Powderstar also has an insulated interior phone pocket with a goggle wipe—a unique feature. Testers particularly liked having the easy to access insulated pocket for the phone since cellphones don’t keep their charge on cold days if not kept somewhere warm. Besides this pocket, the Powderstar has the typical hand warmer pockets and mesh pockets inside the coat for additional layers or snacks. This is in stark contrast to the Black Crows or Obermeyer jackets which had an overabundance of pockets that would probably be hard to fill. The Powerstar also has the typical powder skirt and a removable hood with a detachable fur lining. Another feature of the jacket is the wrist gaiters with thumb holes. However, though there wasn’t much room for under the cuff gloves if using the wrist gaiters. The Powerstar includes the Recco reflector which ups the price tag but is an extra safety feature to expedite rescues in the case of an emergency.

Testers thought that the Powderstar had a fairly average performance in most conditions that it was tested in. On snowy days it kept out the snow with the wrist gaiters and powder skirt though the short cut did allow some more airflow around the waist which was not ideal. Testers never had the chance to try it out on wetter days but its 10,000mm of waterproofness was significantly lower than other jackets in the test which coincided with their doubts about its ability to withstand heavy amounts of rainfall. Nevertheless, one would hope that when choosing to wear a heavy, cold weather snow jacket it doesn’t get warm enough to be stuck skiing in the rain rather than falling snow.

The best feature of the Powderstar is how incredibly warm it is. It really excels on the coldest days at the mountain and the H2 Flow technology excels at providing warmth while still being lightweight and not overly bulky. The jacket features mesh covered pit zips that are a bit tricky for testers to open on their own, but when open they worked great to dump heat. While this jacket seems primarily aimed at the skiers who would stick to lift accessed term, testers took it out for a quick hike in-bounds and still found the jacket to be quite breathable so that testers weren’t excessively sweating during their uphill jaunt.

The fit of this jacket was probably the least desirable aspect of this jacket. In contrast, the jacket was extremely comfortable. It isn’t overly bulky for such a warm jacket but the cut was quite short which testers disliked as it allowed unwanted cold air in and rode up when falling over into the snow. The proportions on the jacket seem a bit off because it was a good length in the arms yet too short at the waist and even puffed out a bit in the middle. Despite this, testers loved how soft the jacket was and the stretch fabric that allowed for plenty of mobility so it was easily a favorite for the comfort factor.

A couple other factors that don’t count toward to the jacket’s score but that play into the purchase of a jacket tend to be value and style. The Helly Hansen Powderstar isn’t cheap at $550 though it wasn’t the most expensive either. While testers really enjoyed the jacket, there weren’t any specific qualities of it that seemed to really warrant such a high price tag. Testers initially thought that the look of the jacket was overly flashy with the fur lined hood, but once testers removed that part, the jacket’s style really grew on them. While this jacket looks like it would be right at home while strolling through the mountain villages of a European ski resort, testers had no problem donning it to ride the steepest lines they could find.

Continue Reading
WHERE TO BUY
MSRP
$550.00
BEST DEAL
$329.95
Christy Sports
*Your purchase helps to support the work of Gear Institute.
HOW WE TESTED

All the ski jackets and pants reviewed are tested by the same five criteria; materials, features, weatherproofness, temperature control and fit/comfort. All the pieces were tested over multiple days in a variety of conditions to see how they perform throughout an entire ski season. Testers do all they can to try out every piece on the same day to compare each one in similar conditions and they get out on lots of days to test the jackets in a range from sunny spring days to stormy wintery days to see how they hold up.

For materials, the specifications provided by the brands is often very important. These specifications tell us what type (if any) and amount of waterproofing or insulation a jacket may have. With a wide variety of third-party insulating and waterproofing materials available, as well as the recent rise of “in house” proprietary materials being used, it is important to know exactly what fabrics and insulations are being added to each piece in an effort to distinguish what makes one piece better than the next. Since testers typically only have only one season to test these pieces, durability is determined in part by any obvious fraying, ripping or other signs of reduced durability.

Since heavily insulated jackets are primarily intended for lift accessed skiing and riding there is an expectation that features will be tailored to provide the ultimate in comfort and convenience when on the mountain. This means that features such as a powder skirt, pockets for gear, a dedicated pass pocket, a helmet compatible hood, and wrist gaiters are all expected and then extra features such as a RECCO reflector or insulated phone pocket are considered a bonus.

The weatherproofness of a jacket first depends on what the intended purpose of the jacket is and then is based on the specifications that the brands supply. Since most heavily insulated jackets will be used at the resort under cold conditions there is an expectation that the jacket be able to shed blowing snow for the stormiest of days yet also fairly breathable. Since these jackets are for very cold weather, waterproofness isn’t as necessary.

The temperature control of a jacket is also based on the specifications that the manufacturer provides. The line between a lightly and heavily insulated jacket isn’t clear cut but generally one would expect to use a heavily insulated jacket primarily when the temperatures drop well below freezing and need to still be comfortable when the day  proceeds to get even colder. The jackets are then rated to how well they do in very cold temperatures and more importantly how well the jacket does when the temperatures fluctuate which is a common occurrence for any regular snow sports enthusiast. Breathability plays a big factor here because the breathability of a jacket will affect how warm or cold one feels as heat generated while skiing and then go sit on a long chair lift afterwards. The ability to fully unzip pit zips is a crucial part of temperature control since that is often the largest factor in preventing overheating.

Lastly, the fit and comfort category is fairly subjective but having multiple testers use the product provides for a good range of body shapes and opinions. Factors that are important here are how long or short a jacket is and if it is true to size. For determining comfort, the amount of stretch the jacket has and how soft it is on the inside often plays into the rating. 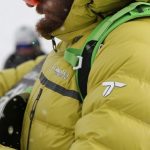 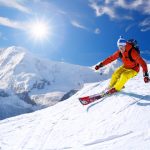 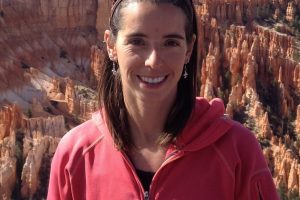