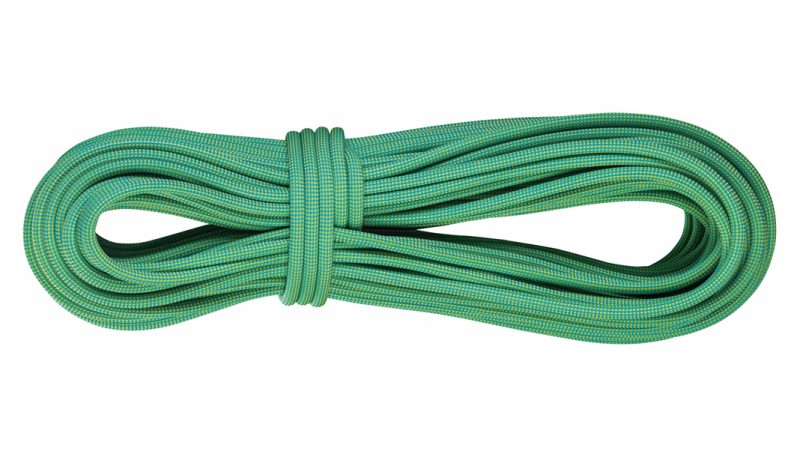 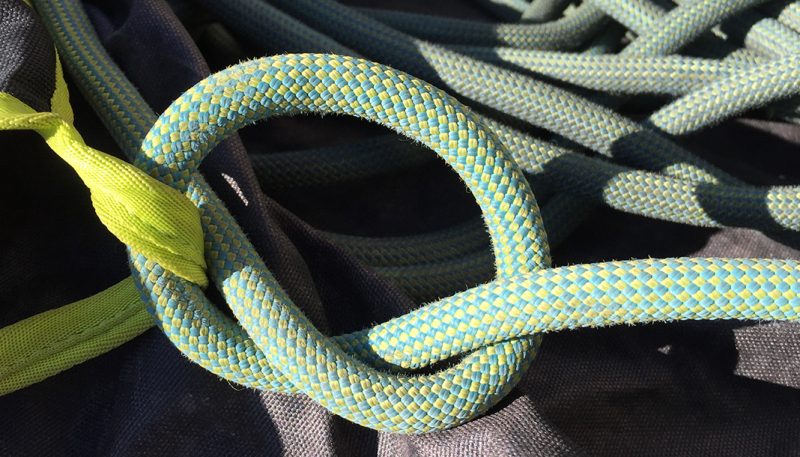 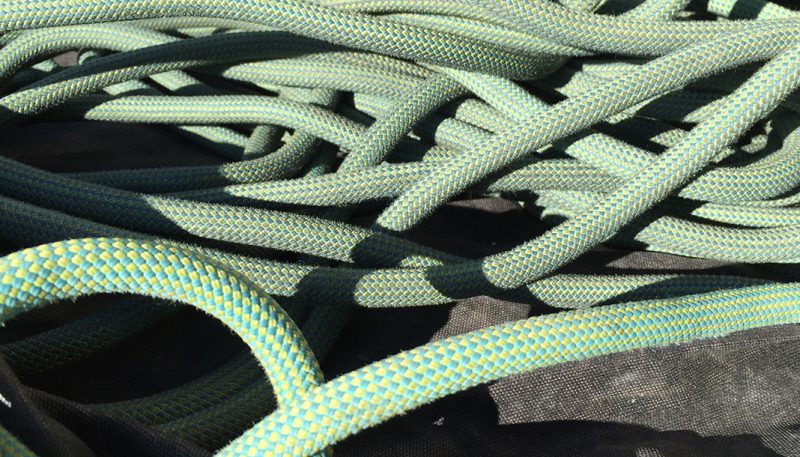 The Edelrid Eagle Light is a durable and well handling 9.5mm rope with features and characteristics that make it a versatile and quality rope for a wide range of users.

Handling
The Eagle Light was the most popular rope with testers for its handling. The rope is supple and takes knots really well, cinching down tight and with great security. The rope fed smoothly through a wide range of belay devices but also caught falls promptly. Testers regularly remarked about the friendly feel of the rope when clipping and handling on route. The size and feel of the Eagle Light is what prompted a tester to choose it for a four tower link-up in Castle Valley outside Moab and it didn’t disappoint.

Resistance to Dirt
Out of the plastic, the Eagle Light had a beautiful oasis-ice mint color that caught many people’s eye and for several days it appeared that it would resist the dirt and maintain its eye popping allure. But, as happens with many ropes, that bright color was worn away as it absorbed dirt. Compared to many ropes, the Eagle Light still did well in its resistance to dirt, thanks to Edelrid’s DryShield treatment that is designed to resist dirt but it didn’t fair as well as the Metolius Monster.

Durability
The Eagle Light held up well for a rope of its size despite the varied and tough uses we put the rope through during testing, including long days of climbing over sharp rock, days of guiding and more. According to Edelrid, it has “state of the art yarns” and as much material in it as a 9.8 rope. Whatever the reason, after over 30 days of testing the sheath has shown some signs of wear and has appeared slightly less durable than the Trango Catalyst, but it still looks good and relatively free of frays.

Features
A number of added features help the Eagle Light shine, including Edelrid’s Dry Shield finish, which we put to the test during ice and alpine climbing and while being drug through the desert on long days. A simple black middle mark was initially easy to find but as the rope lost some of its luster, the black middle mark also seemed to fade and it became harder to find when seeking out that middle point for rappels.

Versatility
The Eagle Light is a versatile rope thanks to its size, great handling and dry finish. Experienced sport, trad and alpine climbers looking for a rope that handles well and holds up during repeated wear and tear should consider this cord. Newer climbers may seek out something with a little more girth, particularly for repeated top-roping.

Recently I purchased an EDELRID Eagle Lite Pro Dry Oasis/Icemint 70m in October (2017) and started climbing on it mid November. Initially the rope performed well having a soft smooth feel to it. Clipping, belaying, and catching all felt fantastic. Out of the 7 climbs, 5 were clean and well within onsight grade. The rock was of varying types including soft Coconino Sandstone, Rhyolite, Limestone, and Granite. Recently, on a moderate project, 6 falls in total were taken before a back-to-back-to-back send with Aaron Townsley and Armando Lozano. These falls accounted for 6 of the 8 total falls taken throughout this rope’s life. Keep in mind that all 8 of these falls were very clean and very soft. After returning home I performed my second post climb inspection (PCI) of the rope. The first PCI was after the rope’s third use on Sedona Scenic Cruise, coming back as expected, no major visible signs of wear or malformations. However, this PCI of the rope failed after finding a weak spot in the core and a visible tuft of sheath fibers roughly 45-50 ft from one end. I believe this is due to a defect in the core which went unidentified by Edelrid’s inspector and unnoticed by me. The act of rappelling, lowering, and the hand full of falls while projecting caused uneven wear and a visible identifier on the sheath. Though I was able to provide any and all testimonials from interacting parties, rope logs, and route descriptions, all insuring there were no hang-ups, on or over hard angular edges or misuse of the rope in any way, Edelrid stated it was user error and one of the following occurred; the leader took repeated 90-100 ft whips on a rough carabiner, took a very hard fall with the rope hung over a hard edge, or a decent sized rock fell on the rope at a belay station. Well, I don’t remembered my partners dying or nearly dying so, not too sure about that.

All in all the smooth feel is not enough to justify purchasing another Edelrid made rope. There are much better options from a number of notable companies. If you’re a gambler, go for it.