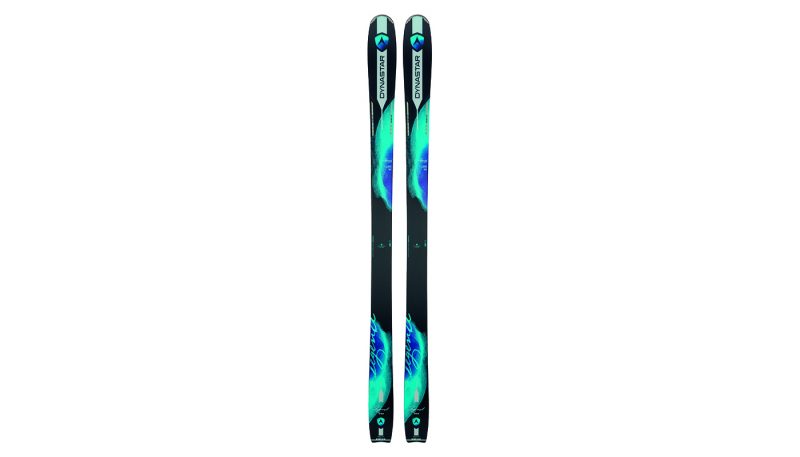 THE VERDICT
Got cruisers? The Dynastar Legend W 88 is a smooth, damp, easy ride with a big sweet spot. Testers favored the ski’s stability and carving pleasure, particularly in long turns. Slightly lower scores were tallied for variability of turn shape and flotation, where testers felt the dampness and shape created a slightly sluggish feeling in tight turns and powder snow.
FULL REVIEW

The Dynastar Legend W 88 is a ski to cruise on, thanks to a freeride-oriented 5-point sidecut and an all-mountain, flat tail. “A solid contender that anyone can enjoy” says one tester about this 88-mm-waisted ski. “It’s a smooth, damp, comfortable easy ride with a big sweet spot.” Overall, testers gave the ski high marks for Stability and Carving Pleasure, with slightly lower scores for Turn Shape Variability and Flotation.

Though testers felt the ski was sluggish edge-to-edge, they also noted that it was easy to engage in medium to long radius turns. Testers also noted a lack of playfulness (“not very lively,” says one tester) that comes with more freeride-oriented skis. This ski is a combination of both—something that Dynastar intended as way to narrow the gap between “freeride” and “all-mountain.” Testers agree that the ski nails Dynastar’s goal of creating what one tester calls “a comfortable ride that’s easy and intuitive.” However, what the shape, rocker profile and lightweight construction achieves in smoothness and Stability, it lacks in the area of responsiveness.

The “Free All-mountain” Legend series includes five models—ranging between 75 mm and 96 mm. Dynastar’s Powerdrive construction combines a poplar wood core and glass sidewall construction with two layers of titanium. The 5-point sidecut (wider in the forebody than the tip) is designed to reduced swing weight and increase the sweet spot, while the degree of tip and tail rocker is used for better maneuverability and resort float. Tester scores varied for Flotation, with the majority feeling that the ski lacked something in that category. “The tip shape is boxy looking and doesn’t feel light in soft snow,” notes one tester. “It’s easy to engage, but not fast enough for short turns.” As a result of two layers of Titanal reinforcement and the shape, testers felt that the ski was sluggish and sometimes slow, thus giving the Legend W 88 lower marks for Turn Shape Variability.

Stability is the category of choice for this ski and testers recommend it to skiers who value smoothness and, according to one tester, “skiers looking for a Cadillac on the slopes with smooth long turns with great stability and edge hold.” The unisex Legend X 88 and the Legend W 88 vary only in length offerings and topsheet design, so this is a unisex ski, but one with a big enough sweet spot to accommodate different sizes and ability levels. That’s no easy feat to design a ski that offers up trustworthiness to whatever energy you can put into it. Note that the ski will not give back energy—it’ll cruise comfortably, smoothing chatter, and forgiving pilot error with its big sweet spot.

The Legend W 88 received high tester marks for Stability. “It’s the Cadillac of the slopes,” says one tester. The construction combines a nod to weight reduction with the poplar and glass sandwich construction as well as dampness and stability enhancement, thanks to two layers of titanium. As testers noted, this is not a lively, playful ski. It’s sluggish at times, but smooth as soft serve ice cream and easy to turn.

“Drive the ski and it holds,” says one tester about the Legend W 88. “You can hang out and ride the edge until next week,” says another. Testers gave top scores for the Edge-hold of the ski that sports a sandwich sidewall construction. The caveat is, that Edge-hold shines during long turns, where you have time to hold the edge through a long arc. Testers were less pleased with the short turn performance, where they felt the ski was sluggish edge-to-edge.

The Legend W 88 has a 5-point sidecut, tapering down to a 125 mm tip with a rocker. Testers felt that the tip was slightly heavy, which affected the resort float. They also noted that the ski’s lack of playfulness made the ski slightly sluggish in soft snow.

Carving Pleasure scores were above average, slightly higher than Turn Shape Variability. “The Cadillac driver of the slopes—this ski makes smooth, long turns with great stability and edge hold.” On the other hand, testers felt the ski was slow and sluggish in short radius turns. “Not very lively,” notes one tester. “Takes a beat to transition from small to medium turns,” says another. The Legend W 88 received decent scores for Carving Pleasure, particularly in GS or long turns, where the ski felt the most comfortable and stable. Since the ski felt sluggish (“not the quickest in the bunch” according to one tester), testers gave slight markdowns for Carving Pleasure. All in all, however, testers felt that the ski suits a wide range of skiers and snow conditions. “This ski is smooth, damp, easy and intuitive for a wide range of skiers,” says one tester.

It’s in this category that the Legend W 88 received mediocre marks. “It’s sluggish edge to edge in short turns,” says one tester. “It prefers cruisy medium radius turns or GS turns.”  The Legend W 88 lost a little on points for Variability because testers felt that it was sluggish in slow turns and a tad slow edge-to-edge. They all agree that the ski shines in long turns, helped by a damp construction, a large sweet spot and edge hold that allows skiers to drive the ski with confidence. 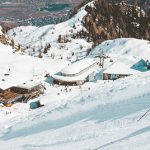