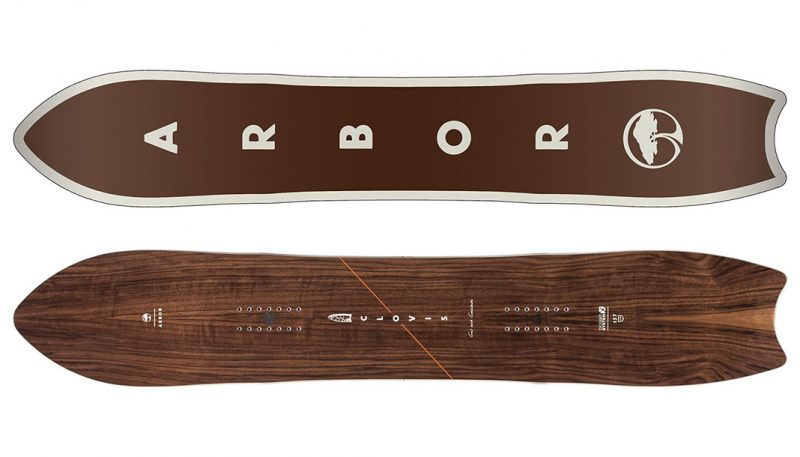 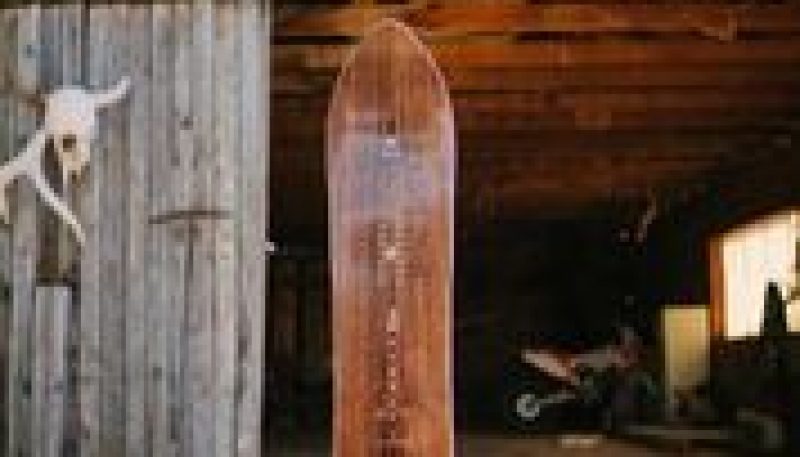 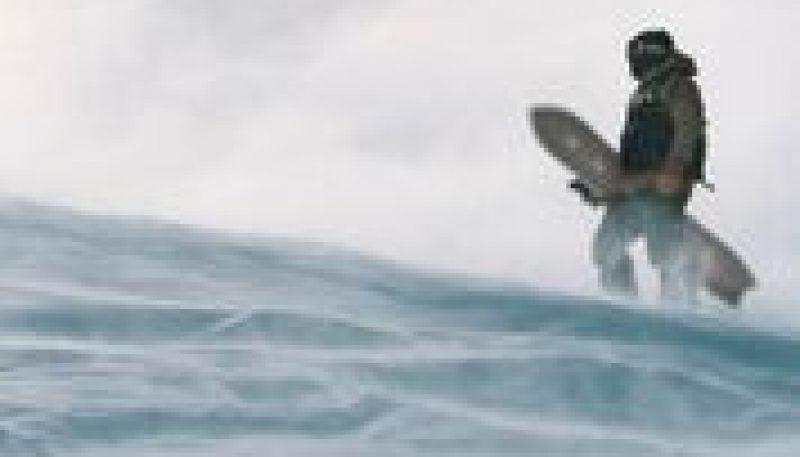 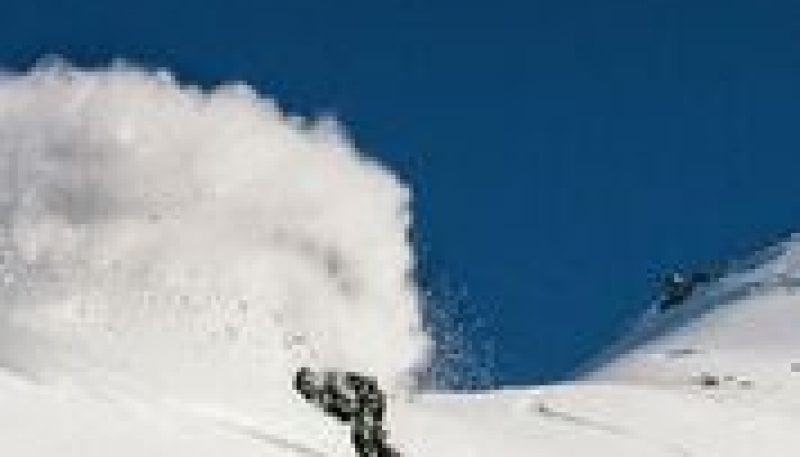 The Arbor Clovis is built for serious riders who like going fast and taking chances. With a narrow waist, it’s quick from side to side. But that narrowness hurts float on powder days.

The best new trend in snowboarding is the focus on beautiful and graceful turns that happen on groomers. A narrow-waist makes it easy to transition from one turn to another on the Arbor Clovis, while the modified camber translates both hyper-responsive but not catch-an-edge grabby, like driving a Porsche on a Percocet. Inspired by arrowheads, the Clovis doesn’t have the surface area of a lot of powder decks, but it’s still a great backcountry board.

Bonus points for a cool backstory: the Clovis were the first hunters, rolling into North America more that 13,000 years ago and using specialized tools for hunting, according to the designer, pro rider Mark Carter. Inspired by the Clovis, he used their ideas and shapes of the tools they made as inspiration for the deck and spent two winters in Wyoming and two summers in Chile testing it.

HANDLING
The Arbor Clovis is a directional twin and is quick from side to side thanks to a narrow waist, which is great for tight trees or quick turns on the corduroy or out-of-bounds no fall zones. With a centered stance and hybrid camber with more camber than rocker, it rides like the twin it is.

POP + ENERGY
Built with two bamboo struts that run the length of the board the bamboo is noticeable because it adds plenty of pop to the poplar core on the Arbor Clovis.

VERSATILITY
The Arbor Clovis is great for all mountain riding and big mountain play. But the centered stance and narrowness are not ideal for deep powder days.

EDGE HOLD
Arbor’s Clovis includes “Grip Tech” with four additional contact points for finding traction in slick conditions and it works well. The board also had tech that’s designed to make sure it’s not catchy—contact zones are pulled off in what Arbor dubs “Uprise Fenders.”

SUSTAINABILITY + CRAFTSMANSHIP
Fabricated in Dubai, Arbor boards travel thousands of miles to get to North America. Boards like the Clovis are built from sustainably sourced wood, including fast-growing bamboo and American Maple (requiring shipping from the Middle East.) Arbor offers a three-year warranty to back up the build. Craftsmanship is solid.