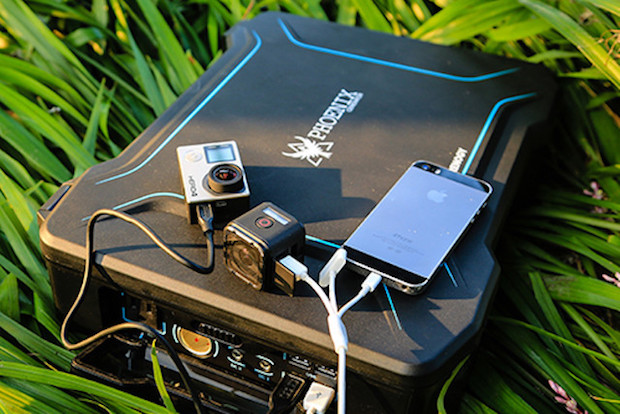 As we continue to carry more electronic devices with rechargeable batteries into the backcountry, the need to find efficient ways of keeping those gadgets powered on increases too. After all, our smartphones, GPS devices, GoPro cameras, and headlamps all become dead weight if we can’t provide enough juice to keep them running. Over the past few years, we’ve seen a number of solutions to this challenge, including solar generators from the likes of Goal Zero and EnerPlex. And now Renogy has thrown its hat into the ring with the Phoenix all-in-one solar kit, which makes a valiant attempt to put everything you need into one easy to carry package.

At first glance, the Phoenix looks a lot like a small, hard-shell briefcase that you might see someone carrying around town. It features a very durable build quality and comes equipped with a handle to make it easier to shuttle from one place to the next. It even extends the briefcase aesthetic further with a couple of security latches that hold its lid firmly in place.

But open those latches up, and you won’t find an interior built for carrying files, a laptop, and office supplies. Instead you’ll discover a pair of 10-watt solar panels that can quickly and easily be deployed as needed, pretty much anytime or anywhere. Those panels are connected to a 16Ah lithium-ion battery pack, which can store power collected directly from the sun, or can be charged using a standard AC outlet at home or the DC port (AKA: cigarette lighter) in a car. This solar-panel/battery mash-up make the Phoenix a portable generator that in theory can provide nearly unlimited power for use on the go. 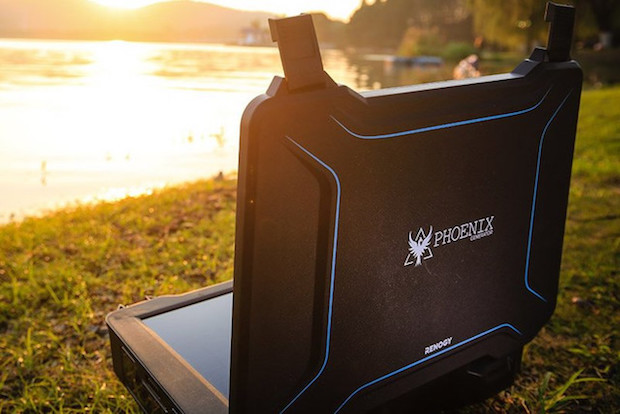 Renogy’s all-in-one power solution is also equipped with an array of different outlets to keep our devices charged. Those plugs include a standard AC outlet, four USB ports, a DC port like the one found in your car, and more. This allows the Phoenix to provide a steady source of power for just about anything you might want to plug in, including laptops tablets, and smartphones. The company says that the solar generator is capable of recharging an iPhone as many as 32 times, an iPad Air 8 times, and a notebook computer up to 5 times. Those devices will even replenish their power supply at about the same rate as they would if they were plugged into a wall outlet at home.

In putting the Phoenix to the test in the field, we’ve found it to be a reliable option for those who need power at a remote base camp. It’s large onboard battery does indeed provide plenty of juice, and it can recharge anything you plug into it very rapidly. And since it does have so many charging ports built right in, it is easy to keep a wide variety of electronic gear up and functioning.

Recharging the Phoenix at home or in the car is a breeze and it powers up relatively quickly when plugged into an AC or DC outlet. But, as with most products that use solar panels to charge, the performance in the field will vary greatly depending on conditions. Using the built-in dual 10w panels alone, it took hours to get much juice back into the battery pack, even on a clear day. That isn’t unusual however, as we’ve seen similar performance from the competition too. The Phoenix’s solar panels do work, but a bit of patience is required. Thankfully Renogy has given users the option to plug in more – and larger – solar panels if their requirements demand it. 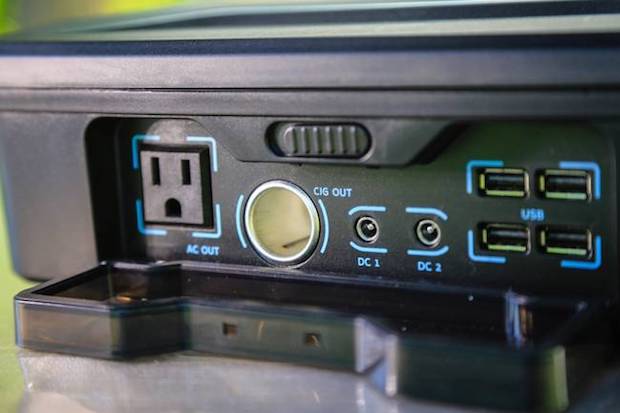 The other limiting factor on the Phoenix is its form factor and weight. At 12.8 lbs it isn’t extremely heavy, but it is still enough to give you pause when carrying it to your campsite, especially when compared to the competition. For instance, Goal Zero’s Nomad 20 solar panel also puts out 20 watts of power, and when paired with the Sherpa 100 power pack, you get a full-featured charging solution that clocks in at about a third of the weight, while also being much more packable and less expensive too. On the other hand, the Phoenix offers a lot more power than GZ’s solution and it comes equipped with more outlets as well.

Over all, the Renogy Phoenix is a good option for those who need a portable power solution. It is incredibly rugged, offers the ability to keep just about any gadget functioning while living off the grid, and its solar panels are on par with most others that we’ve used in the past. I appreciated Renogy’s take on offering an all-in-one solar generator that can simply be carried with you anywhere and deployed in a matter of seconds. I also love that I can keep a laptop, smartphone, and tablet charged where ever I go with very few worries that I might run out of juice. Sure, it is a bit heavier and more ponderous to carry around than some other options on the market, but it delivers in terms of performance for those who need more than those other solutions can offer. 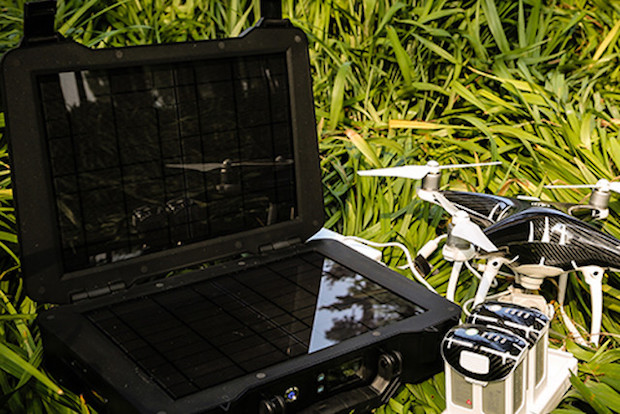 Priced at $699.99 (currently on sale for $575), this is an expensive investment for sure. But for anyone who needs power in remote places, it is an overall good choice in terms of reliability, durability, and versatility.

Find out more at Renogy.com.