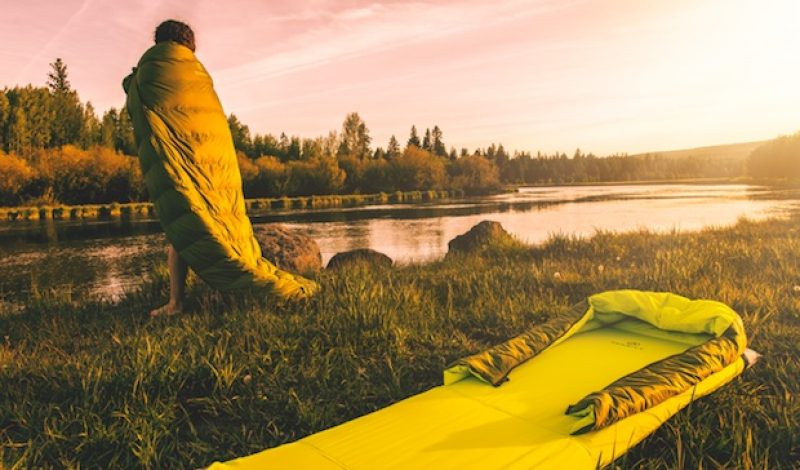 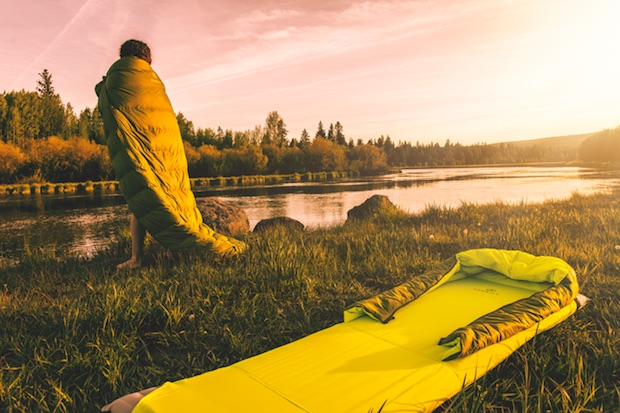 For some campers, one of the biggest challenges to getting a good night’s sleep in the backcountry is the restrictive nature of a sleeping bag. Traditional mummy bags are efficient at keeping us warm and cozy, but they simply don’t allow us to move about as freely as we would in our own beds back home. This can cause some campers to struggle to find a comfortable way to sleep, while causing others to even feel a bit claustrophobic at times. But a new sleep system called the Zenbivy Bed hopes to change that by offering a more natural and restful way of sleeping without adding much bulk to your backpack.

At first glance, the Zenbivy looks a lot like just about any other sleeping bag you might already own. It has a standard mummy cut, albeit with a bit of extra space compared to most that I’ve tested. This isn’t just an ordinary sleeping bag but is actually a sleep system that consists of two distinct parts: a fitted sheet that connects to a sleeping pad and a removable quilt that provides a nice level of warmth and comfort completely on its own. 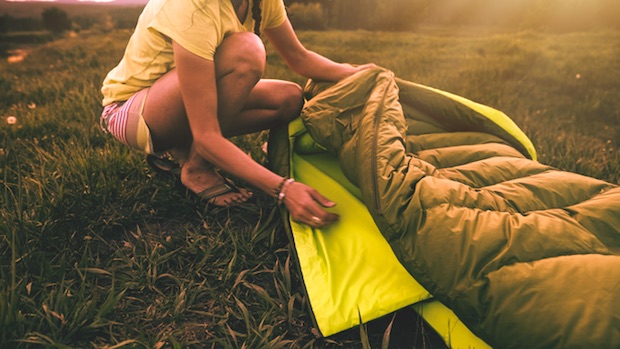 The fitted sheet is designed to wrap securely around a sleeping pad and mimic the sheets on your bed back home. It is soft, comfortable, and plays a crucial role in how the Zenbivy Bed actually works. That’s because the sheet’s built-in hood serves as an anchor point for the quilt, which can be zippered into place on both the left and right sides, giving it traditional sleeping bag performance. But that same quilt can be unzipped from the sheet completely and opened up so that it lays flat. It is highly modifiable, allowing the users to adjust how snugly or loosely it fits around their body, and giving them the option of opening one, or both, zippers too.

This allows for much more freedom of movement throughout the night and provides a more natural sleep style. Additionally, users can also snooze on their side, front, or back, just as they would back home. Since the sheet stays firmly attached to the sleeping pad at all times, the quilt can move independently, preventing it from bunching up or hindering motion in any way. The footbox can also be independently adjusted to provide more room too. 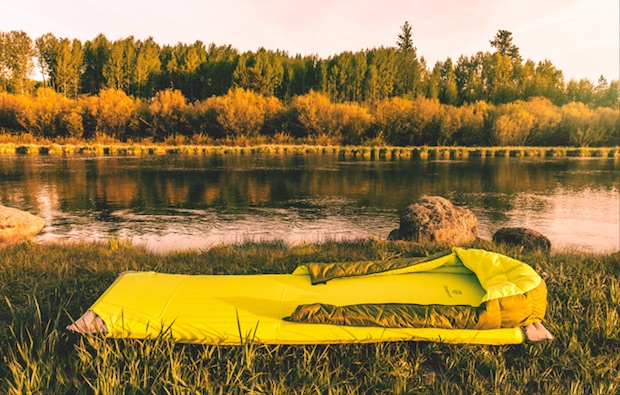 So how well does the Zenbivy work? Believe it or not, it actually delivers on its promise. I’ve had a prototype version to test for a while now, and have found it to be very comfortable. Personally, I don’t move a lot in my sleep, so I don’t always feel all that restricted when using a traditional mummy bag. But, I have to admit that curling up inside the Zenbivy did indeed feel a lot more like I was crawling into an actual bed. It was surprisingly nice to be able to roll over at any time and not have the entire bag shift with me. And while I would probably still prefer a mummy bag in cold weather conditions, the Zenbivy is an excellent alternative in warmer weather for sure. And since the quilt can be used independently of the sheet, you can even drag it out by the fire on cool evenings.

In terms of specs, the Zenbivy is actually on par with a lot of other sleeping bags on the market. It weighs in at just 2 pounds, 6 ounces and has a temperature rating of 25ºF. It features 700 fill-power hydrophobic down, an outer shell with a DWR coating, and easy-pull zippers that make it a breeze to connect or disconnect from the sheet. It even compresses down to a fairly small footprint, taking up very little room in a backpack as well. 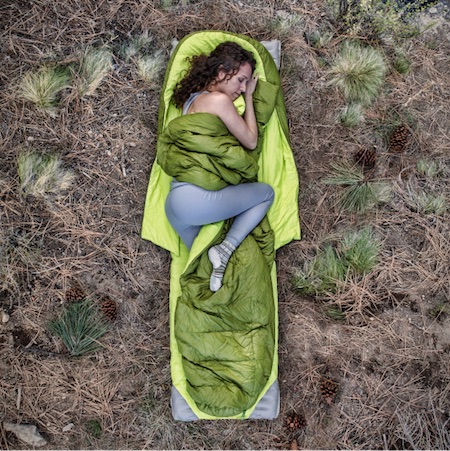 The concept behind this sleeping bag isn’t completely new. We’ve seen a number of camping quilts in the past from companies like Sierra Design and Sea to Summit. Those products do offer campers a bit more freedom when it comes to being able to move freely in their sleep, although none of them are quite as versatile and adaptable as the Zenbivy. This bag’s use of both the quilt and the sheet is something quite unique, and it results in a sleep system that is closer to what you might experience at home than it is a typical sleeping bag.

The Zenbivy just launched on Kickstarter and its designers are hoping to raise $50,000 to get it into production. If successful, it will begin shipping in January of 2018 with an MSRP of $279. Early bird supporters can reserve one now at a $30 discount. Either price is not outrageous for a well designed and made 20º sleeping bag, although you’ll be hard pressed to find another one that offers the same level of comfort and freedom of movement. If those are important considerations for you, you’ll definitely want to take a look at what Zenbivy has to offer.