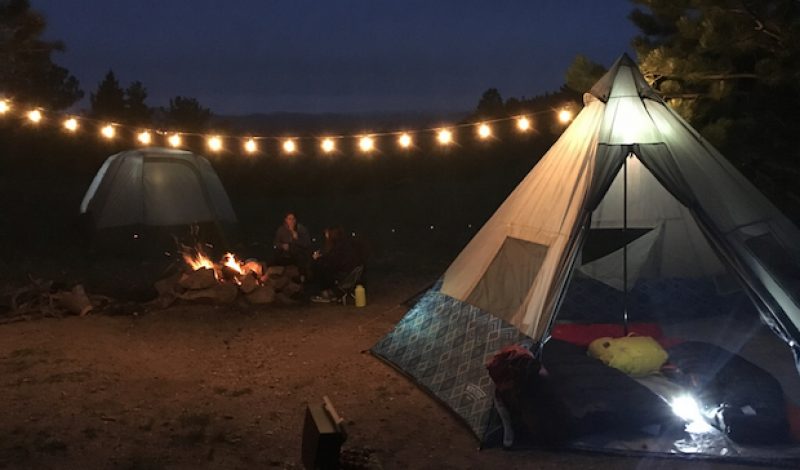 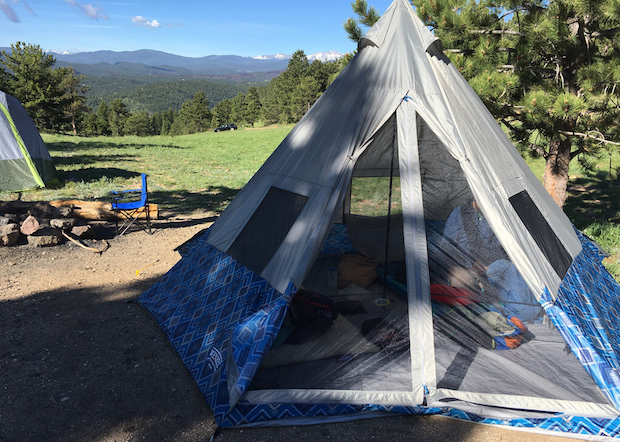 I’ve never been much of a big tent kind of person. The idea of having some extra space is really nice, but big tents are usually heavy, bulky and complicated. Plus, who goes camping to hang out inside, anyway?

Enter Wenzel’s upcoming Shenanigan Teepee, available in both five-person and eight-person version models, in two hipster-friendly geometric patterns. I have been converted.

The Shenanigan isn’t an all-season tent, so it’s not a replacement for a waterproof option that will keep you dry and shield you from the wind in a rough storm. But on clear – and mostly-clear nights – it’s a great shelter regardless of how many people you’re putting into it. 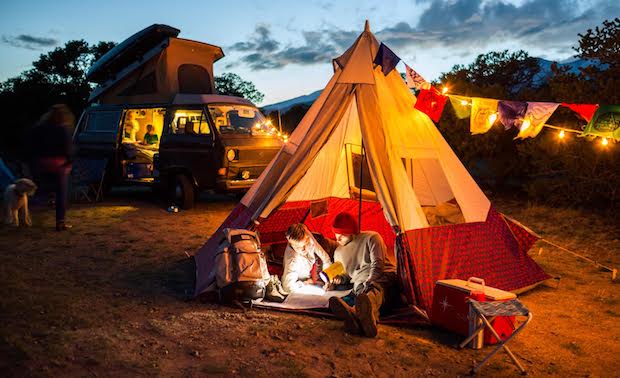 This year, I’ve gotten into the habit of going weeknight camping with a group at least once a month. The #weekdaywarriors, as we like to call ourselves, will head up to the mountains just outside Boulder on Wednesday or Thursday nights to douse ourselves in campfire perfume and pretend the weekend is a full day longer. Each time we’ve brought the Shenanigan with us, and with the exception of one particularly stormy night that we didn’t sleep in it, it has proven to be more than useful.

The tent is tall enough to stand up and walk around in, and it’s plenty big for a group to play games inside while escaping the mosquitoes. When it’s time to sleep, the interior of the tent feels palatial. Even though the Shenanigan 8 is meant for up to eight people, you could certainly squeeze in an extra body or two in a pinch, especially if some of your campers happen to be kids. We put six adults and two toddlers – each with their own regular-human-width sleeping pads – in there one night, and even with bags and backpacks inside, it did not feel crowded. 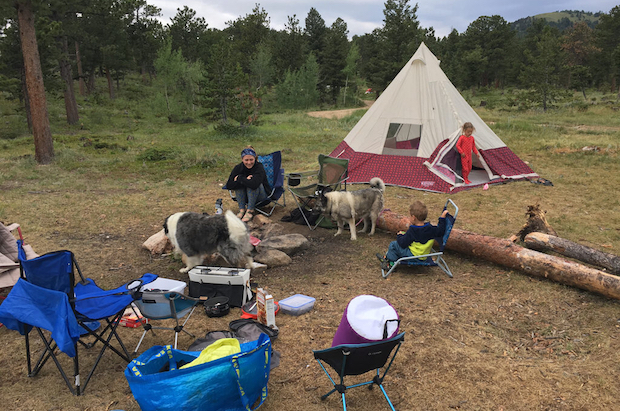 The floor of the Shenanigan 8 is 127-square feet and the ceiling has a peak height of 94 inches. A full-length door and mesh screen make it easy to get in and out. The tent features three windows, built-in storage pockets, and adjustable vents in the center of the ceiling. There are even additional vents located a few inches off the floor of the tent that can be opened and stake out or left zipped shut. The entire tent weighs 13 pounds, 7 ounces and packs up into a neat, rectangular zippered pouch.

We’ve had toddlers with us a few times, and when we opened the Shenanigan 8, they were ecstatic. While the adults hung out outside, the kids had a blast running around in circles inside, springing off its walls, and dizzying themselves by spinning in circles around the center support pole, essentially turning the teepee into a gymnasium. It’s important to note that this is not exactly Wenzel’s intended use. Still, I was impressed by how the tent held strong while toddlers ricocheted off the walls. 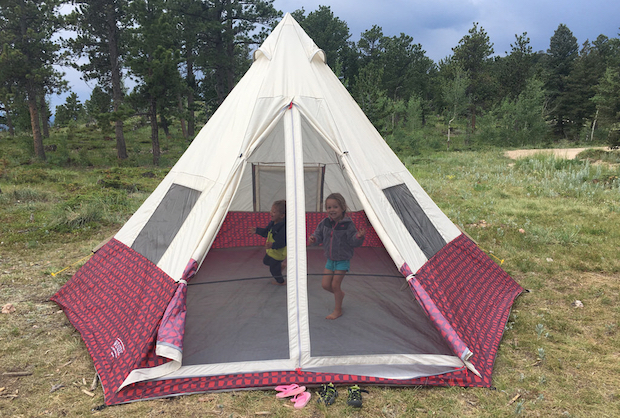 Due to its size, having a second person help you set up the tent is useful, but not essential. With a little practices a single person can set it up without much difficulty. You simply lay it out flat, stake it down, extend the center support pole and prop it up from the inside.

The tents cost $120 and $160 for the 5 and 8 respectively. There are a few sacrifices made because of the price, with the lack of weatherproofing being the main drawback. The tent could also be improved with a few small features like a hook on the center support pole or loops around the ceiling to hold a lantern. Longer zipper pulls would make it easier to close the tent doors from the outside without having to take off your shoes to step in (I’m 5’6″ and have strict no-shoes-in-the-tent rules; taller people might not struggle with this) and more storage pockets would be welcomed too.

We slept in it once in an average rainstorm and didn’t get wet at all, but it’s definitely a fair-weather tent. I’d suggest being certain of the forecast before heading out with the Shenanigan without other options for shelter. 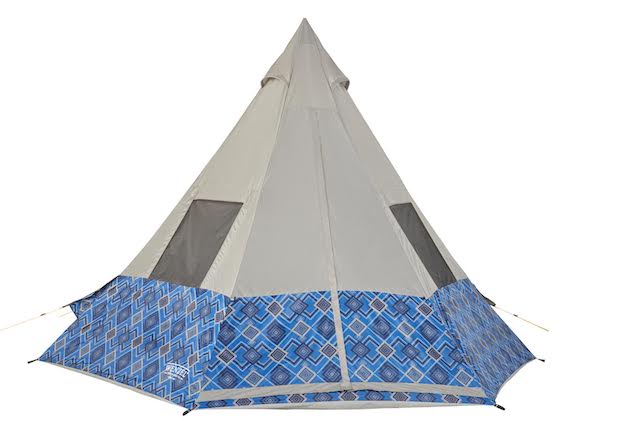 Overall, though, I think this tent is a bargain. It’s spacious, easy to set up and tear down, its fun patterns make it stand out in camp, and it’s roughly half the weight of similarly-sized models.