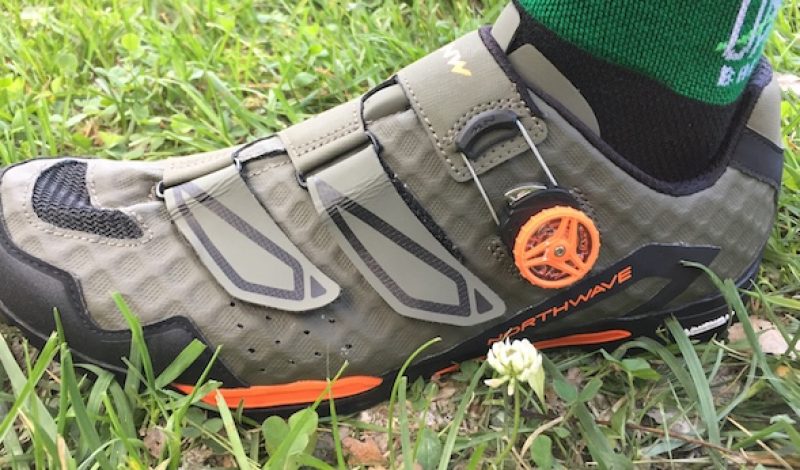 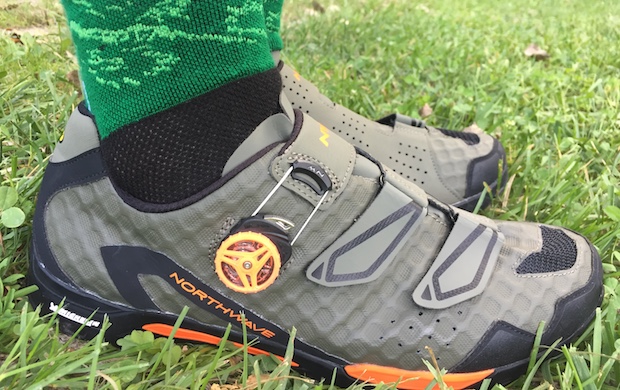 I’ve been wearing Northwave’s Outcross Plus for several months now. The looks are understated, with small pops of orange aiding in the shoe’s visual appeal. Weighing in at more than 800 grams, the Outcross Plus aren’t as light as more race-oriented XC shoes on the market, but offer much more durability. Construction is sturdy, with no rips or tearing at the seams after months of riding. The toe box is reinforced with a more robust material, which helps if you have a lot of pedal strike on the trail.

I would’ve liked a touch more ventilation in the uppers for hot summer days on my bike, but switching to a lighter sock kept the heat manageable. The stiff Michelin sole ensured all the power I put into my pedal stroke was transferred to the drive train and was grippy enough for navigating rocky hike-a-bike sections on my favorite testing grounds, Hesitation Point and Walnut trails in Brown County State Park, Indiana.

The first thing you’ll want to do is take out the skimpy insoles and burn them. The first few weeks of testing left my feet sore and aching after just a couple of hours in the saddle. At first I thought I needed to adjust my cleats, but when I took out the insole, I discovered the true culprit. I’ve seen thicker sheets of paper than what was given for arch support. You might give away a bit of that power transfer, but at least for me, the extra comfort is more than worth it.

Northwave’s proprietary SLW2 dial system cinches the top of the Outcross Plus, aided by two Velcro straps below. I would’ve preferred the added control of two dials on top with just one Velcro strap, but that would add to the shoe’s $140 price tag. As it were, I felt the shoe adequately hugged my foot, with little-to-no heel slippage. 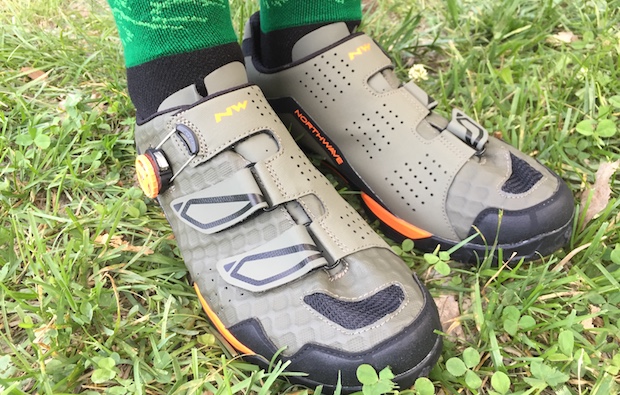 Initially I had concerns with the dial’s cinching cord, which I found slight and flimsy. But it turns out the cord is made of Dyneema, a high-strength, cut-resistant polymer that’s designed to withstand abrasion, bending fatigue, and compression. It’s also suppler than a traditional wire, allowing for a better fit. The dial itself worked as well as any Boa-branded wheel I’ve used, although it took me a couple of tries to get the hang of the release latch. Northwave assured me that if anything were to happen to the dial or line, they’re both easily and affordably replaced. If you’re still worried about failure, the standard Outcross shoe uses three Velcro straps for a lower price. 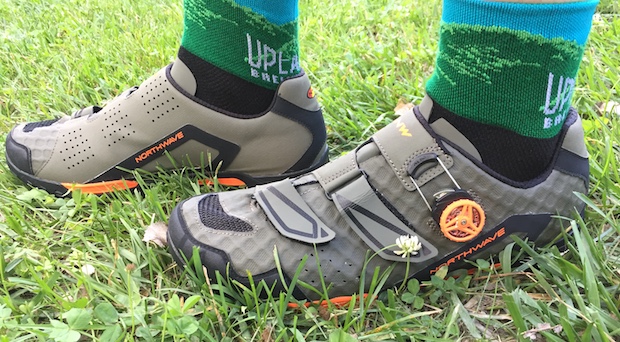 We’re in the middle of the driest summer in memory here in Indiana, so I haven’t had a chance to test it the Outcross Plus shoes in the wet and mud, but I’m wearing them throughout my cyclocross season this year, so that’s likely to change. If there are any issues that pop up in the rain, we’ll update this review.

The Northwave Outcross Plus fits right in the sweet spot of performance, durability, and value in a cross-country mountain biking shoe.