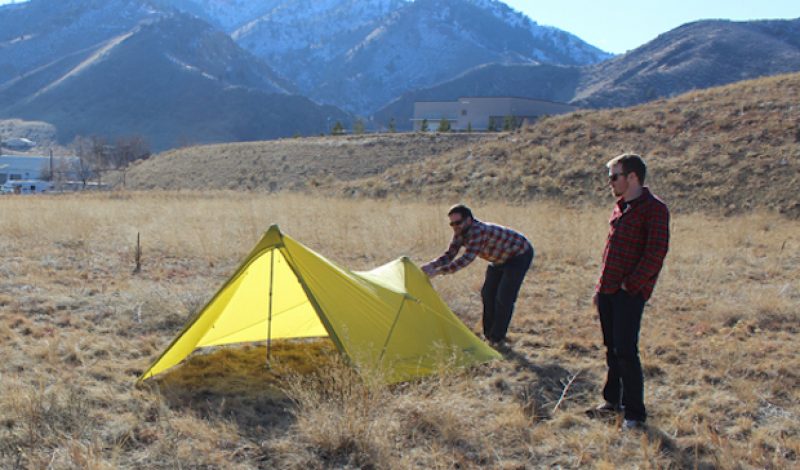 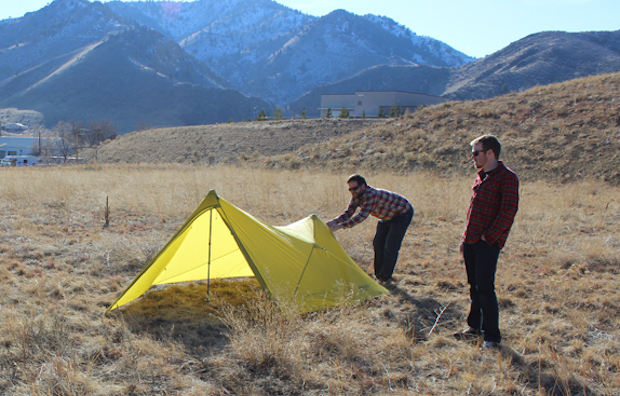 When it comes to shopping for an ultralight backpacking shelter, Mountainsmith probably isn’t the first brand that leaps to mind. Best known for its line of lumbar packs, Mountainsmith has been making quality outdoor gear for nearly 40 years, but it has usually put a higher emphasis on durability over shaving excess ounces off the weight of a product. But with the release of its new Mountain Shelter LT three-season tarp, the company is looking to show that perhaps it can do both.

Weighing in at just two pounds, the Mountain Shelter LT is an impressive option for those who count every ounce when they’re heading out into the backcountry. Despite its svelte design however, it features a single zippered door, a spacious vestibule, ventilation windows, and room enough for two. The tarp is made from rugged 40D nylon that is rain and wind proof, and it ships with aluminum stakes and a stuff sack. 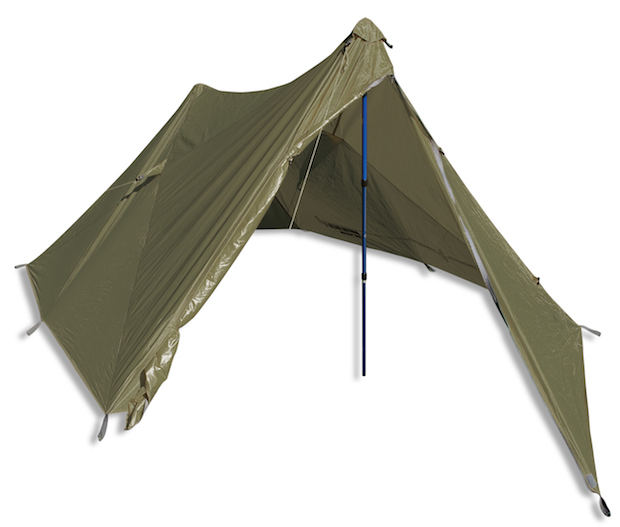 In an effort to keep weight to a minimum, Mountainsmith designed its shelter to eschew traditional tent poles in favor of using trekking poles instead. This has become an extremely popular approach in the ultralight backpacking world in recent years because it makes setting-up the tarp quick and simple. The outside of the tent actually comes with a scale diagram stenciled on it that indicates the height at which users need to set their trekking poles. Once properly adjusted, those poles can be in place and holding the shelter up in a manner of seconds. And if you’d prefer not to use the trekking pole approach, the Mountain Shelter can be built using guyline attachment points to connect it to tree branches overhead instead.

The Mountain Shelter LT is designed to integrate nicely with Mountainsmith’s ultralight Scream 55 backpack ($149) too. The pack features two pockets on the front that are built specifically to accommodate the shelter, giving them a combined trail weight of just 4.4 pounds. That’s a solid start to any lightweight backpacking gear list.

Mountainsmith went light on our wallets when creating the Mountain Shelter LT too. It’s priced at just $129.95, making it an affordable option for backpackers.