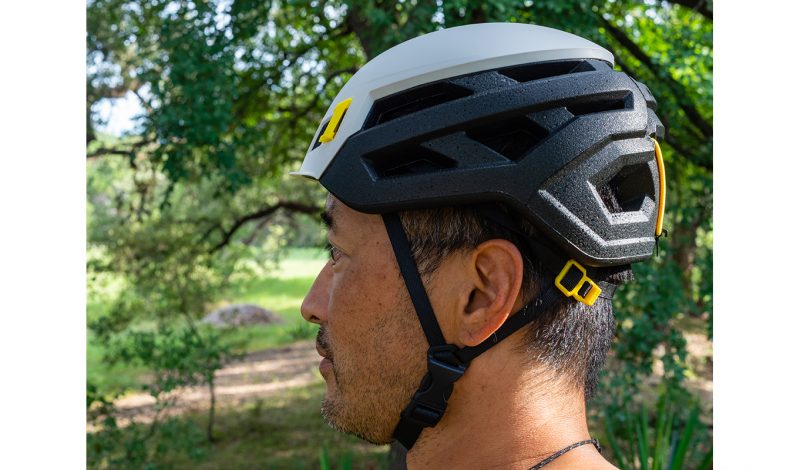 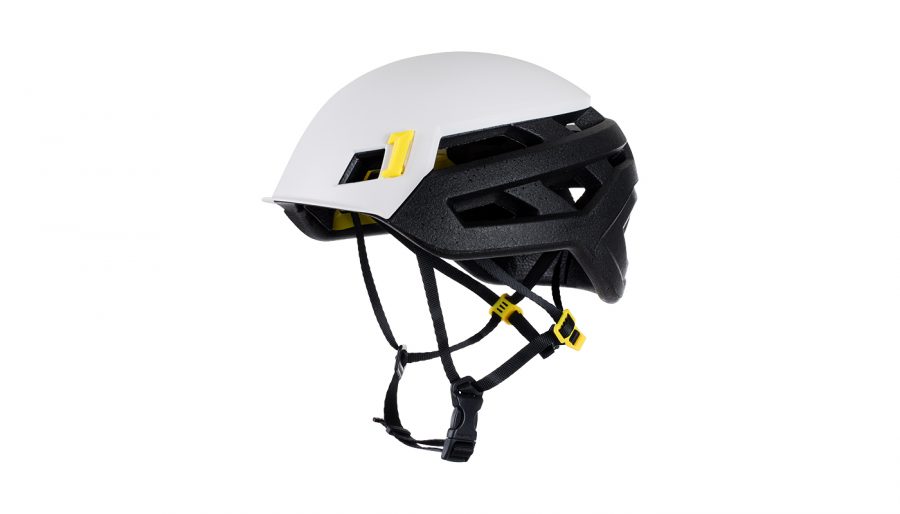 Mammut introduced the Wall Rider MIPS climbing helmet in January of this year, bringing the first climbing helmet to market that addresses rotational impacts using the MIPS Brain Protection System. The MIPS BPS is a third-party product from MIPS AB of Sweden that has been used in motorcycle, bicycle, and equestrian helmets to dissipate rotational forces of a head impact.

The Mammut Wall Rider MIPS brings technology used in other sports into climbing to help reduce brain injuries. The MIPS BPS allows independent oblique movement of the helmet on the skull, redirecting energy that could directly transfer to the brain. This added protection is delivered inconspicuously.

Why worry about rotational forces? 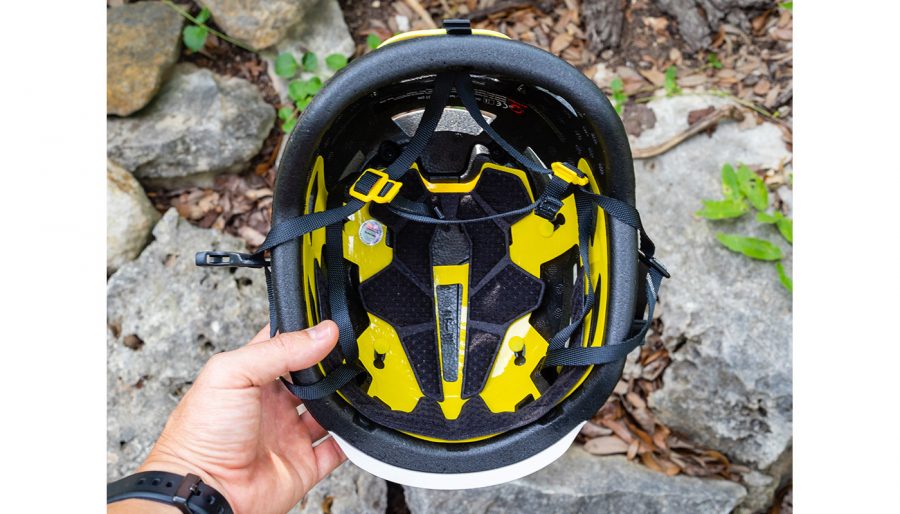 Studies of brain injuries show most head impacts are not direct and linear; they are predominantly angular and have a rotational component. These impacts generate oblique shearing forces that can cause tearing injuries to brain tissue. MIPS AB claims that most concussions and more serious brain injuries are most likely caused by rotational motion to the brain.

I have seen this in person; during my career training professional motorsports athletes, I have seen a motocross rider suffer a concussion due to an extreme and quick twist of the head caused by a crash, but his head never impacted the ground or anything else. This rider suffered additional concussion symptoms for an extended period afterward whenever he turned his head even moderately quickly.

How does the MIPS BPS help? 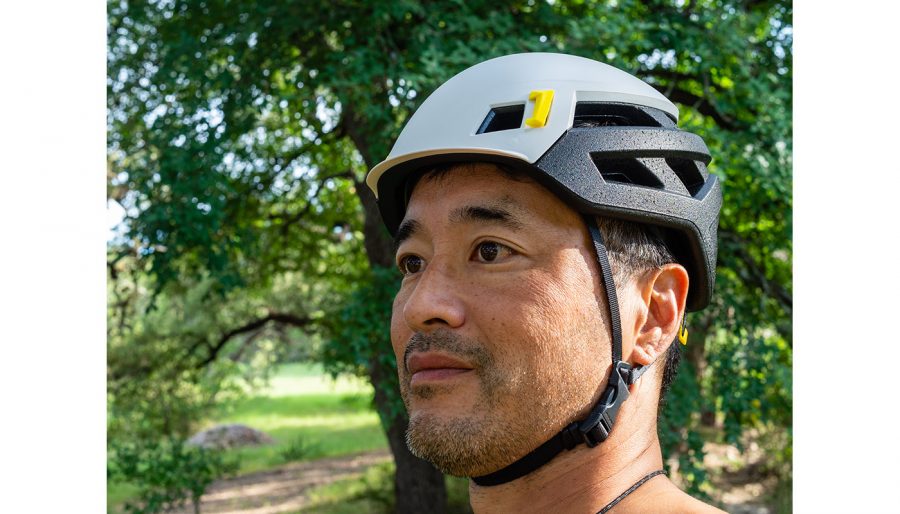 The MIPS BPS is a low friction liner that is attached to the interior of the expanded polypropylene (EPP) impact absorbing liner of the Wall Rider MIPS helmet. This liner allows 10mm – 15mm of independent oblique helmet motion, in any direction, during the initial and critical 10ms – 15ms of an impact. This independent rotation dissipates rotational forces that otherwise could transmit to the head and brain.

The MIPS BPS system adds 30 grams to the Mammut non-MIPS Wall Rider helmet. The liner adds almost an unpalpable amount of bulk, as it is very thin plastic and it doesn’t affect airflow as the liner is cut to match the shape of the vents.

The Mammut Wall Rider MIPS out of the box

The Wall Rider MIPS has a hard plastic cap covering the EPP on the crown and front of the helmet. The brow has a tiny visor, and there are a pair of clips on the front and an elastic retention strap on the back for a headlamp.

The helmet retention system is a minimalist design, the webbing is small and the rear retention strap uses simple slip lock buckles and webbing for adjustment. No additional plastic adjustment hardware here.

The helmet is very generously vented along the sides and back while the front of the helmet has a pair of smaller vents.

The yellow MIPS BPS liner has a fitting pad affixed on its interior surface, with additional pads included. The helmet also comes with a storage bag. MSRP is $120.

The Mammut Wall Rider MIPS in use

The simple rear retention strap of the Wall Rider MIPS wasn’t as quick to adjust as plastic ladder-lock systems, but once set, further fiddling wasn’t necessary unless another climber used the helmet. The rest of the adjustments to the retention system are similar to other lightweight helmets.

The helmet’s venting was immediately noticeable, the slightest breeze easily felt on the sides and rear of the head. The air flow on the front wasn’t as stellar due to the small size of the vents, but overall, the Wall Rider MIPS has good cooling ability.

The verified weight of our size L helmet is 9.2 ounces, slightly heavier than other helmets that use a thin hard plastic shell over the energy absorbing layer. For comparison, the Petzl Sirocco, which has hard plastic only on the very top, has a verified weight of 6.4 ounces in L, while the Black Diamond Vapor, fully covered in hard plastic, weighs 7.5 ounces in L. Although the additional weight compared to others was perceptible in the hand, I didn’t feel it detracted from climbing performance when worn.

The helmet, like other high quality, lightweight helmets, was a non-factor when worn. Nothing about the Mammut Wall Rider MIPS drew my attention, and in no way did I notice the MIPS BPS system.

The Mammut Wall Rider MIPS brings an additional level of protection against brain injuries to rock climbing. The independent rotation of the MIPS BPS brings a technology proven in other sports and validated by over 20,000 tests to reduce strain to brain tissue from certain types of impacts common in collision sports.  This added margin of safety comes at a very minimal weight penalty, with no other discernable performance negatives.