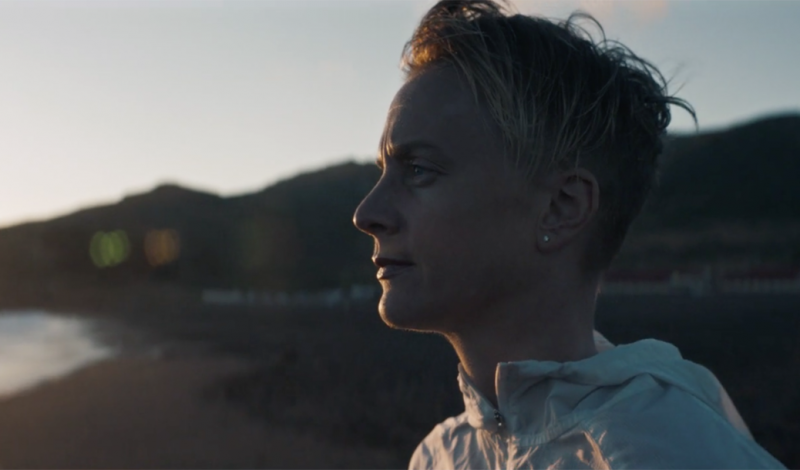 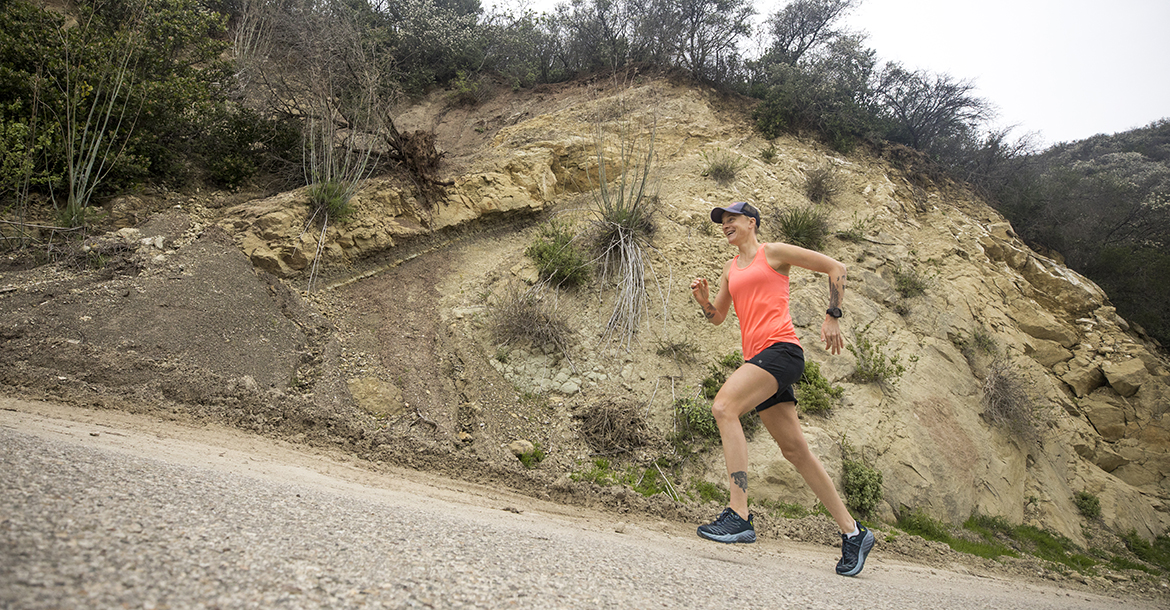 Ten weeks ago, if you had asked Devon Yanko’s coach, Ian Torrence, about her upcoming race schedule, the Leadville 100 mile trail run would not have been on it. Yanko was just coming off an impressive tenth place women’s finish at the Comrades Marathon, the world’s largest and oldest ultramarathon in South Africa and had planned a training vacation in Mammoth Lakes, CA before deciding her next move.

Yanko, who stands 6 feet tall and was heavily recruited by many NCAA Division 1 colleges for basketball, always enjoyed running longer distances but never thought about running as a sport. “Running was an emotional release for me, a counter balance to all the dark stuff that was going,” noted Yanko, referring to a dark time in her basketball career when she was abused by her coach.

After taking a few years off from basketball, Yanko entered the 2003 Cape Town half marathon while living abroad. Ill-prepared and under-trained, Yanko finished in two hours. “I finished, and this is my thing, I loved it,” said Yanko, not knowing at the time this was the beginning of her running career. Following the Cape Town half marathon, she wanted to make running a regular part of her life, but also preserve it as an activity for pleasure and fulfillment, not for competition like basketball. “In basketball I’ve been so competitive and hardcore and so invested in the idea of being the best. In running I was like I don’t want to do that. I know where that roads goes,” she said, referring to the sense of burnout she experienced with basketball.

Over the next few years Yanko completed several marathons, qualifying for Boston in her debut marathon at the Edinburgh Marathon, and working down to a 3:06 a year later. During this time, she realized there was a direct correlation between work and results. “As someone who thrives on adaptation and doing the work, this is my thing and what I enjoy. Seeing that progress is fulfilling.”

However, this cycle of constantly wanting better results was familiar to Yanko “I was really loving running and I didn’t want to stop loving running like I stopped loving basketball.” She realized that she wasn’t going to get faster with each marathon and in an effort to save herself from the going down the same results-driven road as basketball, she needed to reflect on why she ran. “I run because I love it.” Instead of continuing to chase a faster times in the marathon, she signed up for her first ultramarathon, the Tamalpa Headlands 50K in Muir Beach, CA. Yanko recalled, “I knew nothing about trails. I ran on trails once a month. I didn’t know anything about ultrarunning except it was OK if you walked up hills and you got to eat a lot of snacks and drink Coke.”

That year the Headlands 50k was the National 50k Championships and she ended up finishing seventh, which caught the attention of veteran ultra runners Connie Gardner and Nikki Kimball who suggested she try and qualify for the USA 100km world team that year. Yanko went on to make the USA 100km team after running her first 100km race and four years later qualified for the USA Olympic Marathon trials in 2011, where she ran her marathon PR of 2:38.

“The ultra community just really welcomed me,” said Yanko, and because ultrarunning isn’t so much about time, she felt comfortable knowing she wasn’t headed for burnout. “Leadville has always been number one on the bucket list,” said Yanko, who had planned to run it in 2016 following an impressive third place at Western States just a few months before. “I just wasn’t adapting well to altitude after Western States and my body just wasn’t having it,” she said, and so she decided to pull out and save Leadville for another year.

Things didn’t get better for Yanko following Western States. That fall she developed a tarsal coalition, which is an abnormal connection that develops between two bones in the back of the foot. This kept her from running until February 2017. Then in March, while she was making coffee, Yanko noticed a sudden pain in her foot. In an oddly fortunate turn of events, the abnormal connection broke, alleviating her need for surgery.

With only two months of decent training under her belt, Yanko planned a string of international races which included Two Oceans 56K in South Africa followed by the London Marathon eight days later and then Comrades Marathon, where she placed an impressive tenth. Following Comrades Yanko went on that training vacation to Mammoth Lakes, CA and to her surprise was adjusting to high altitude nicely. On a whim, she signed up for Silver Rush 50-miler, a Leadville series race and qualifier for the Leadville 100. “I just love Leadville. I love the trails and what the racing does for that community,” noted Yanko, who still had no intention of trying to qualify for the Leadville 100.

In another unfortunate turn, she twisted her ankle the Monday before Silver Rush and was forced to drop out at the halfway point. “People were asking me if I was doing Silver Rush to get into Leadville,” she said. That got Yanko thinking, “I felt really good at altitude during Silver Rush, which is higher then Leadville. I just got it in my head and I couldn’t shake the feeling, this is the time, I want to do it.”

Six weeks out from race day, Yanko still did not have a qualifier, and needed to scramble to find a way into Leadville. And then she was offered the last sponsorship spot through GU.

Now fully committed to Leadville, Yanko had to cram in training for her dream race. A short buildup wasn’t new for Yanko, who ran the Javelina 100-miler in 2015 with only four weeks’ notice.

Yanko admitted short notice may work out better for her. “All of my races I’ve done leading up to Leadville have all been road.” Feeling confident in her speed—she citied a 27-mile run where she split a 3:08 marathon during a 120-mile week—she took a trip to Leadville to focus on the course’s trails and adjust to altitude.

“I’ve always had a healthy respect for Leadville and haven’t hurried into it,” she said.  Yanko knew she could be running longer then she ever had, so she went into race with a laid back attitude. “I was really focused on the experience I was having. I wanted to be happy the whole time,” she said. “I wanted to experience 100 miles in a different way than I have, with less intensity about the race.” 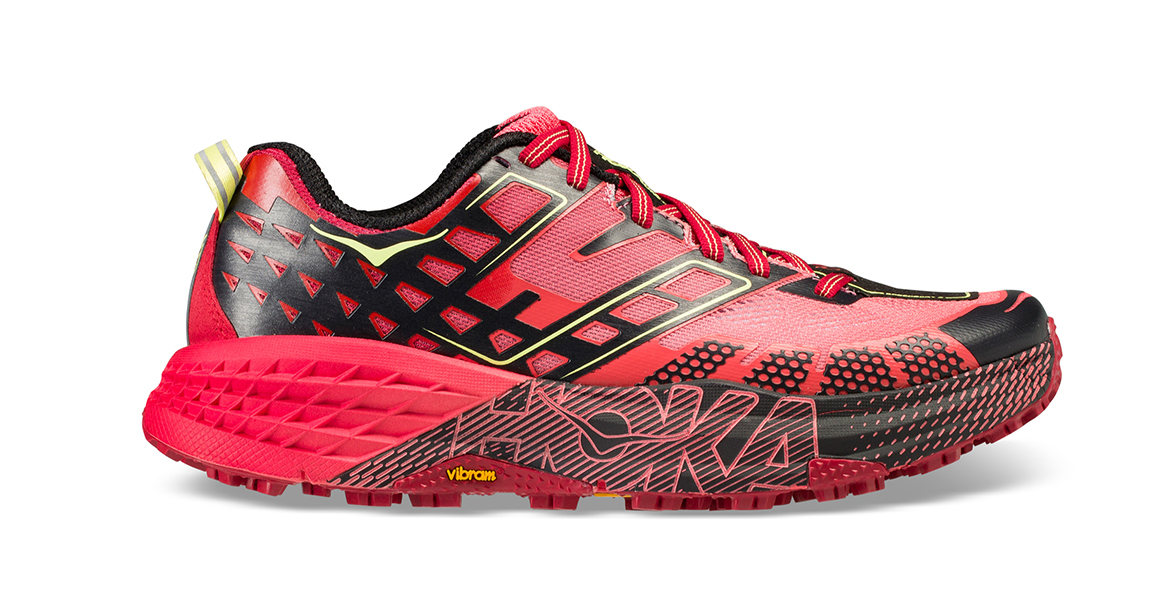 The first half of the race, Yanko described as “just chilling,” having fun and thanking the volunteers along the way. She specifically asked her crew not to tell her where she was in the race. Going over Hope Pass, she knew things were clicking, making the climb faster then she did during training runs. Still unaware she was gaining ground on the women in front of her, passing runners notified she was catching the leader, who was struggling. One such runner was Karl Meltzer, a fellow Hoka One One sponsored runner. Karl noticed Yanko was wearing the new Speedgoat 2, a shoe he designed with Hoka. Karl jokingly said, “Nice shoes.”

Yanko had apprehension about her shoe choice leading up to Leadville. Only having run in road shoes, she wasn’t sure which shoes to wear. Having experienced issues when she wore the original Speedgoats, she was hesitant to try the Speedgoat 2s. She was happy with her choice, “They felt amazing. I had no foot pain at all. The amount of cushioning was perfect and I never had to retie my laces.”.

Roughly 59 miles into the race, Yanko found herself passing the leader on a downhill. “When I passed her I made sure she was OK,” she said. “She mentioned she was destroyed, so I wanted to put myself out-of-sight at that point.” Knowing how much energy passing someone can pull from your opponent, Yanko allowed herself to expend more energy than she had all race. This move proved to work well. Over the next 40 miles Yanko held the lead and crossed the finish line in 20:46, taking first place in the women’s division and thirteenth overall.

You can read more about Yanko’s Leadville race on her blog and watch her in a newly-released Hoka One One featurette, Women Who Fly, which spotlights three women who have overcome struggles on their life journey to become elite athletes.