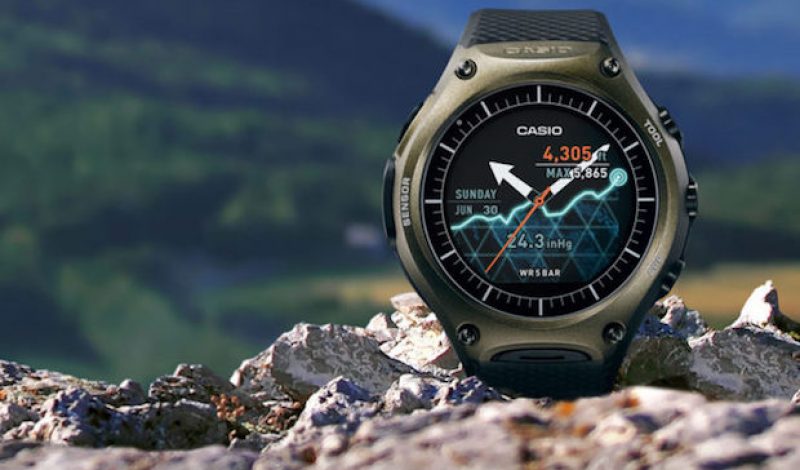 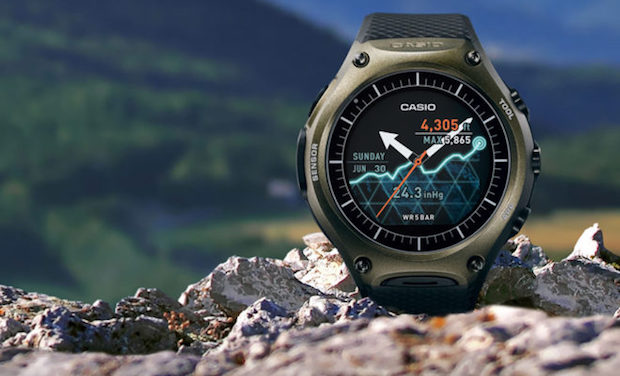 When we took a look at the Casio WSD-F10 smartwatch last year, we found it to be an excellent timepiece for use on our adventures. The device not only had solid battery life – by smartwatch standards anyway – it also put a host of functionality right on our wrists, including alerts and notifications, interactions with our favorite smartphone apps, route navigation, and much more. Couple that with its rugged construction that allowed it to survive even in the harshest of conditions, and you had a watch that was a good match for most Gear Institute readers. But now, Casio has announced a new edition to its outdoor smartwatch line-up, and it brings some additional features that improve on the original.

The Casio Pro Trek Smart WSD-F20 retains all of the features of its predecessor, but adds onboard low-power GPS capabilities to aid in navigation, route finding, and fitness tracking too. The device is also now equipped with color maps as well, which should make them much easier to read when compared to those found on the WSD-F10. Casio has also added a new app called “Location Memory,” which gives users the ability to quickly and easily add waypoints and even text to their routes, making it a simple affair to track their way back to the car after a hike or trail run. 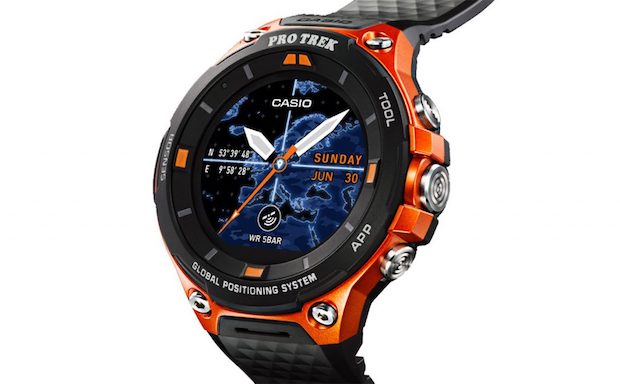 These additions to the smartwatch allow it to work more independently of the Android device or iPhone that it is tethered to. Having GPS on the watch itself means that it no longer has to rely on the smartphone for navigational cues and can handle those duities on its own. This should also allow it to be more useful in places where cell phone coverage is at a premium too.

By uprading to the Android Wear 2.0 operating system the WSD-F20 now has access to more apps than ever before, and is faster and should be more fluid to interact with as well. This version of the OS introduced standalone apps that can run on the watch directly, which is a major enhancement in performance over the previous generation. The system also brings direct a WiFi connection to the watch too, allowing it to perform more independently without its smartphone. This will likely prove especially useful for iPhone users, who saw a more limited experience with the original WSD-F10 when compared to those in the Android ecosystem. 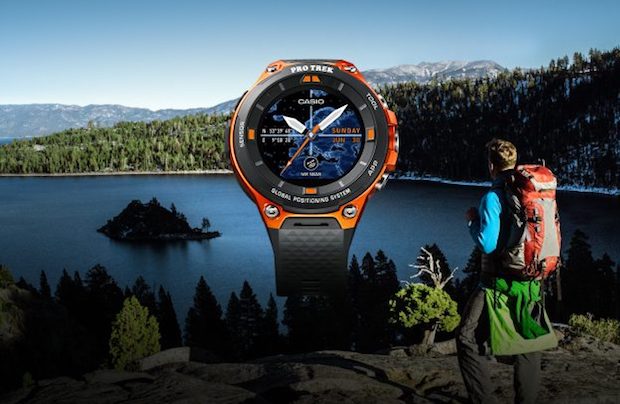 The new WSD-F20 is built as rugged as its older sibling, and remains waterproof down to 50 meters. Like most smartwatches, it has a battery life of about one day when using GPS and its full “smart” capabilities, but when used just as a standard timepiece, the time between recharges extends out to a month. Additionally, the new Casio model retains all of the sensors that were on the original as well, giving it an electronic compass, an accelerometer and gyroscope to measure movement, and a barometric sensor to determine changes in in altitude. In short, pretty much everything you need for those outdoor excursions and workouts.

Casio says that the WSD-F20 outdoor smartwatch will go on sale on April 21. No price has been announced as of yet, but presumably it will cost around $500 – the same as the WSD-F10 when it was introduced. The older model doesn’t seem to be going anywhere however, so hopefully we’ll see that excellent watch get a discounted price as well.

With any luck, we’ll get our hands on this new WSD-F20 when it becomes available and share our thoughts on how it improves on the original. Stay tuned.