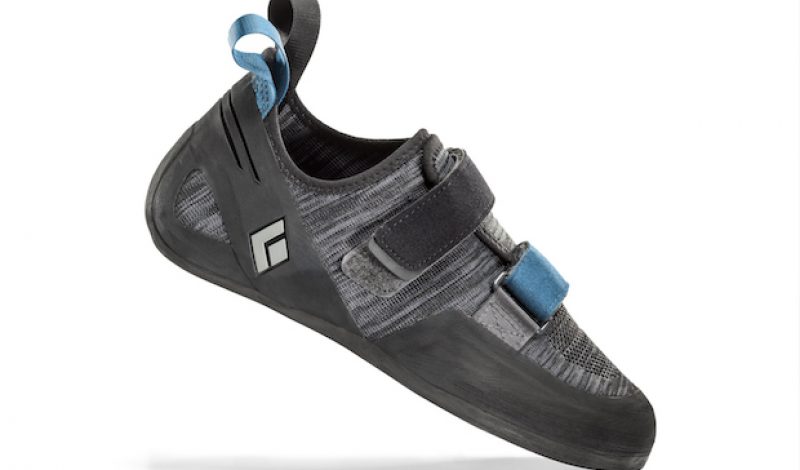 Black Diamond Equipment was born from anvil and hammer in 1957 and has grown into a universally recognized brand for climbing and skiing equipment. Although their offerings include soft goods, rock climbing shoes have been a gaping hole in their lineup. The Salt Lake City-based company did distribute Scarpa footwear until 2005, but since then, their comprehensive lineup has been devoid of this essential piece of equipment.

Last week, Black Diamond announced its return to the climbing shoe game, this time under its own brand. In total, there will be five different rock shoes to choose from, with the Momentum and Aspect models launching exclusively at REI. Other options will include the Momentum Lace, Focus, and Shadow, all of which will be releasing between January 1 and April 15 of 2018. 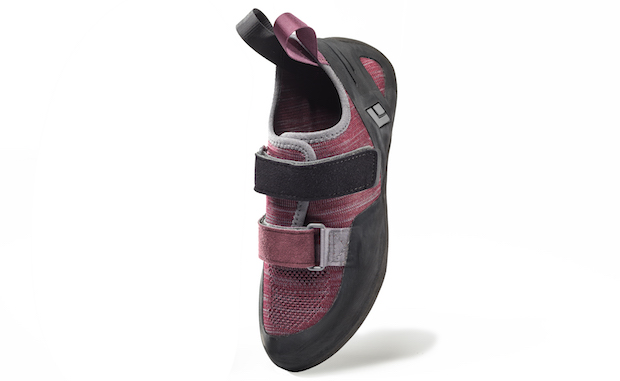 The shoes have been in development behind closed doors for years, with Black Diamond exercising the same research and development proficiency it parlays on its other goods. Linh Nguyen was chosen as the climbing shoe developer, bringing 30+ years of climbing and 25 years of experience in the footwear industry. Casey Jarvis joined the effort as head designer, following six years of design work at Nike. This team combined old world European handcrafting traditions with modern Asian materials expertise. Korean climbing shoe company Butora is manufacturing the shoes at their facility in China.

The Black Diamond Equipment rock shoes cover these self-prescribed categories: entry level, all around, high-performance soft, and high-performance stiff. The shoe rubber comes in three formulations, “Neo Friction (base level),” “Neo Friction Force (harder),” and “Neo Friction Fuse (softer).” Upper materials range from knitted textiles, synthetic leather, and real leather. Midsole and last configurations run the gamut from no midsole/aggressive to full-length midsole/neutral. Black Diamond is also injecting rubber into 3D molds to form rands, rather than cutting them out of sheet rubber. This reduces waste and allows for more complex shapes. The Momentum model, an entry level shoe, will eventually be offered in both Velcro and lace closure as well as women’s and kids’ specific versions. 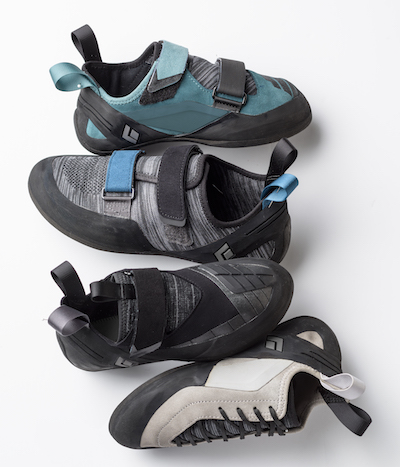 Black Diamond is entering a seemingly saturated climbing shoe market. The current explosion of climbing gyms has producesd a high demand for footwear, but there is a lot of competition already in the market space. Established brands have consistently expanded their lineups, and new brands have sprouted and quickly gained traction in what was once a relatively small market dominated by distinct, “core” companies.

The casual observer of the rock climbing consumer base may notice a division, much of it based on age and years of involvement in climbing. The older, more experienced, set may exercise loyalty to brands that have been engrained in climbing for decades, earning droves of sweat equity in a sport/lifestyle that has often existed on the fringe and seldom reaped much in the way of financial gain. On the other hand, newer, less experienced, climbers who have sprouted up from gyms, may not hold any loyalty to the traditional brands at all. Instead, they make purchasing decisions based on modern marketing strategies and social media campaigns. 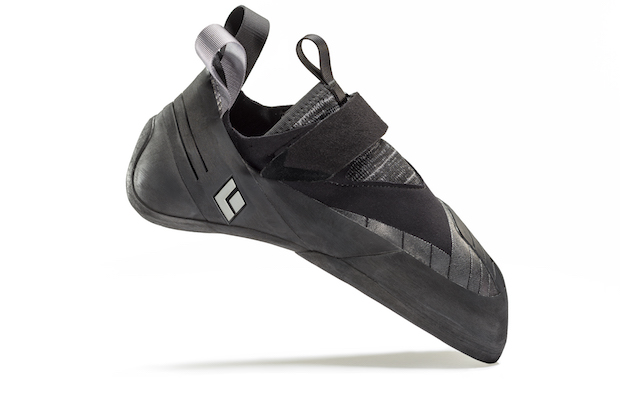 To this journalist, therein lies the rub for Black Diamond. The brand is steeped in history, has paid its dues and is responsible for developing equipment we all take for granted today. But opinions are circulating already: is Black Diamond simply trying to cash in on the explosion of relatively new climbers, and simply slapping their label on shoes? Are they attempting to pull market share away from brands that had loyally produced shoes since the beginning? Only time will tell as Black Diamond pushes their first shoes into an exploding market, bringing a new alternative to climbers old and new.