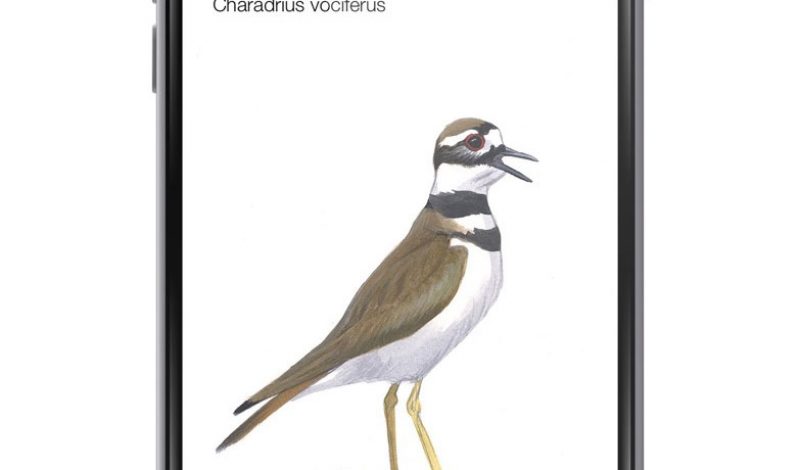 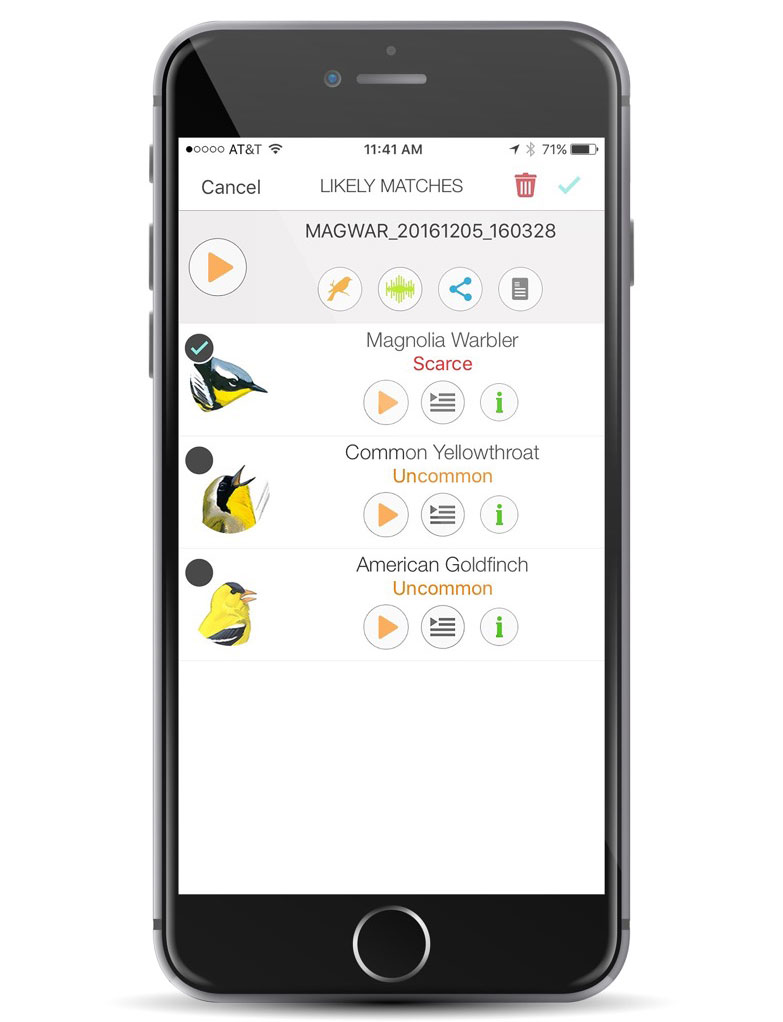 Developed by Wildlife Acoustics in collaboration with self-taught bird illustrator and authority on North American birds David Sibley, Song Sleuth is an algorithmic app that enables anyone with an iOS mobile device to record, study and identify the songs of nearly 200 North American birds.

Wildlife Acoustics is a provider of bioacoustics monitoring systems for scientists, researchers, and government agencies worldwide — and specifically for bat researchers. Bioacoustics is an emerging field that combines biology and acoustic data to gain insights into the natural world.

Wildlife Acoustics is also known in the birding world for the invention of an “audio birdsong detective,” about the size of a pair of binoculars, known as the original Song Sleuth. Now that concept has built on current micro-computer technology and come of age in app format. Song Sleuth’s technology is based on Wildlife Acoustics’ decade-long development of algorithms for wildlife study. Its software is similar in concept to what is used in speech recognition software, but tailored to the unique acoustical characteristics of bird songs. It can even recognize when a human is imitating a bird. 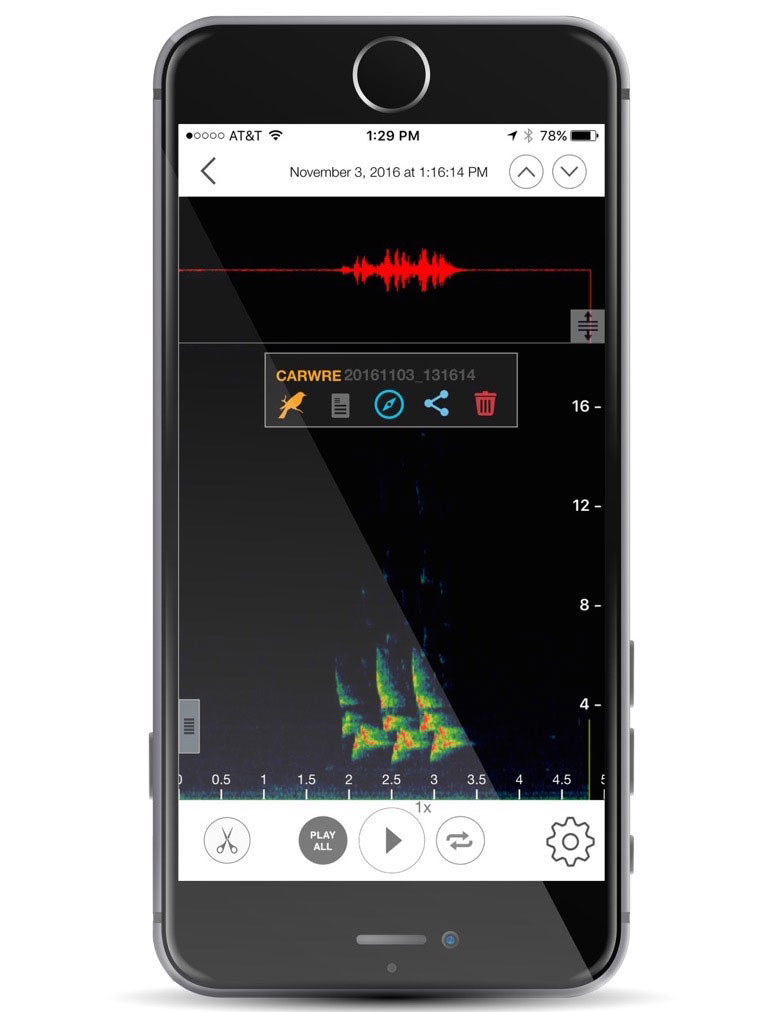 “Song Sleuth is one of many tools that can help identify a bird, but its true benefit is helping people become better birders by familiarizing them with known birdsongs in a logical, familiar way,” said Sibley. The app also accesses a digital version of Sibley’s famed Bird Reference book with illustrations and descriptions, range maps, and charts that show the likelihood of a bird’s presence in the user’s area at any given time of year.

To identify a nearby bird’s song, push the record button in “Record and ID” mode. The app begins recording and a visual representation of the frequencies and timing of the bird’s song are depicted in a real-time spectrogram on the screen.

Once users have completed recording the bird’s song by tapping the record button again, the app presents the three most probable birds in the “Likely Matches” screen.  Here you have options to help make the final identification of the bird, including example recordings of the likely matches and comparing spectrograms of the example recordings side-by-side. Once the bird has been identified, users can label the geotagged recording, include custom notes, download the audio file or share the recording with fellow birders via email or messaging.

The price for the new app is $9.99 and the brand says an Android version will be available for the fall migration. 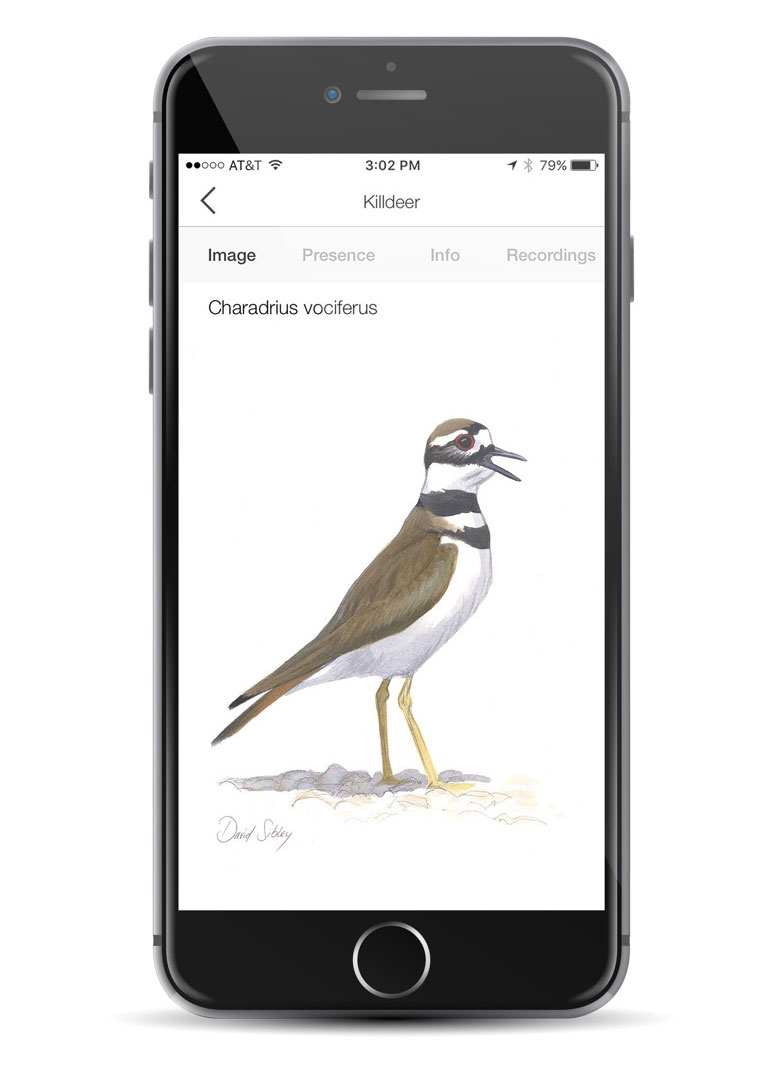