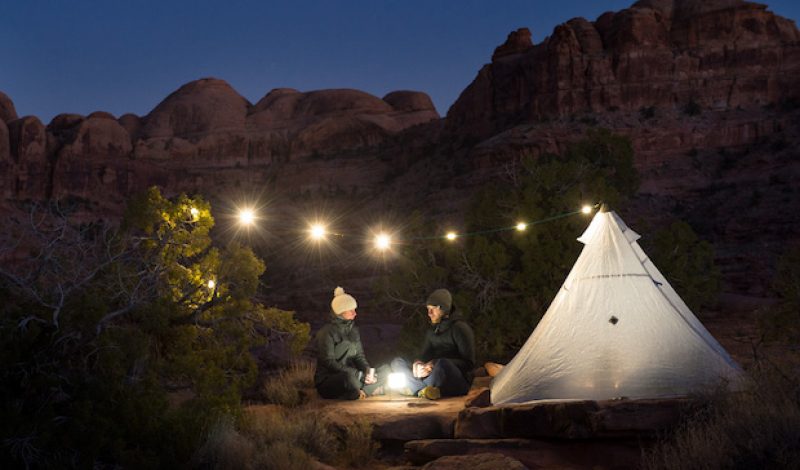 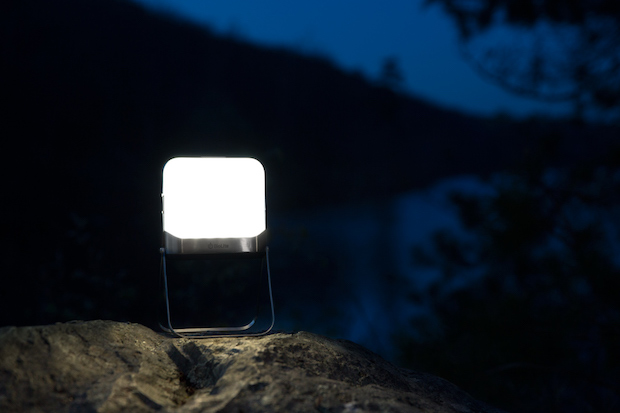 When the team at BioLite set out to expand its NanoGrid lighting system this spring, they knew they needed a central hub to keep everything up and running. Its existing SiteLights are already a great option for illuminating the campsite, and the PowerLight lamp worked well at keeping them powered on. But as the lighting options have expanded, even more energy was needed, so to meet that demand the new BaseLantern and BaseLantern XL were introduced.

For the most part, the two models of the BaseLantern are exactly the same, except for one significant detail. The standard model comes equipped with a 7,800 mAh rechargeable lithium-ion battery, while the XL edition has a larger, 12,000 mAh battery instead. That larger powercell provides the lantern with a longer runtime of course, and since both versions also come with built-in USB ports that can be used to recharge other devices, the XL’s larger battery makes it a better option for keeping our rechargeable gadgets functioning while living off the grid.

Both BaseLanterns feature edge-lit lamps that are capable of putting out as much as 500 lumens on their highest settings. The standard model can be powered for up to 5 hours in its brightest mode and as much as 54 hours on its lowest, while the XL can run 7.5 and 78 hours respectively. Either model can be recharged using a standard AC wall outlet or BioLite’s line of solar panels.

The two versions of the BaseLantern are roughly the size of a sandwich and were built to be water resistant, meaning they can survive getting splashed or a bit of rain, but you wouldn’t want to fully immerse them. They also feature stainless-steel foldable legs that allow them to stand on a variety of surfaces or be hung from a tree, tent pole, or similar item. They even have direct inputs for powering two sets of BioLite’s SiteLights, turning your campsite into a well illuminated setting.

But perhaps the most intriguing feature of the BaseLantern is its built-in Bluetooth technology, which allows it to be paired with a smartphone and controlled using an app. Made for iOS and Android, that app gives the user full control over brightness, color, and even the warmth of the light. It can also provide real time data on power usage and battery life, and can even be used to set alarms and timers that automatically turn the light on or off at specific times. Best of all, the BaseLantern is equipped with a built-in proximity sensor that detects when the paired phone is near by, switching the light on as you approach. 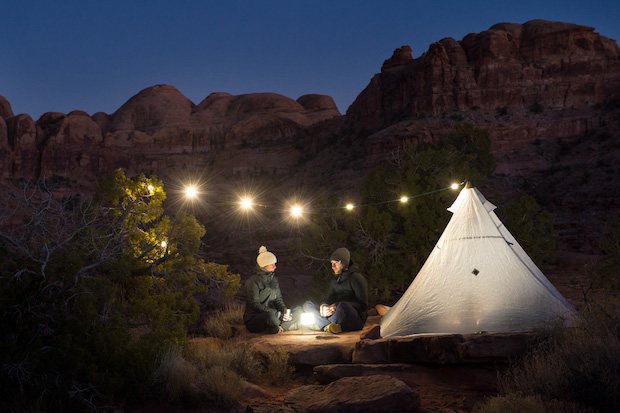 While relatively small and compact, either BaseLantern will add a bit of weight to a backpack. The standard edition tips the scales at 1.29 pounds, while the XL – model with its larger battery – weighs in at 1.43 pounds. For the ultralight crowd that’s probably far too much extra weigh to carry into the backcountry. But for those of us who don’t mind lugging a heavier pack if it means a few extra luxuries, the BaseLantern will probably be a welcome addition to the campsite.

Both models are available now and are priced at $99.95 (standard) and $129.95 (XL). Visit bioliteenergy.com for more information.