Winter is Coming, Prepare for the War with the Dmos Stealth Shovel 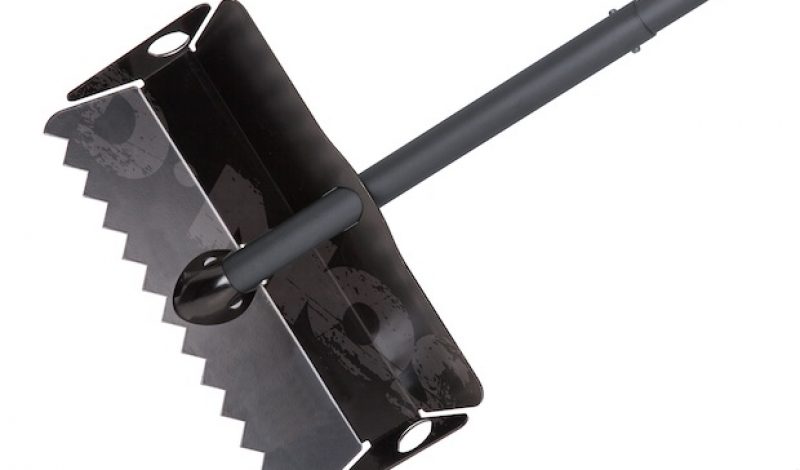 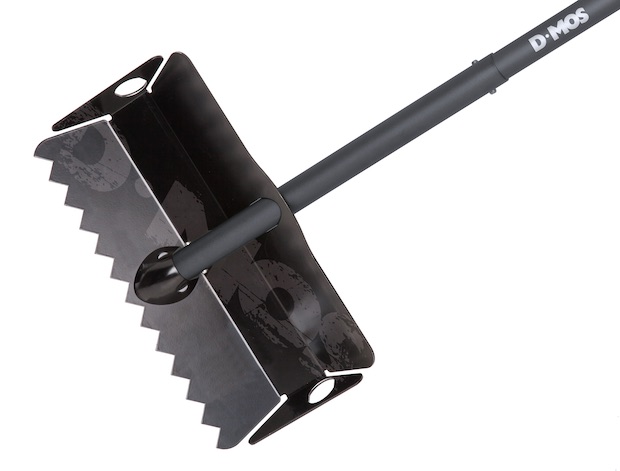 We’re outdoor people who end up facing changing terrain and weather whenever we step outside to escape for a little while. This fact is especially true in winter; a time when most people retreat to a warm fire while we push ourselves to go deeper into the frozen tundra. It’s during that time of year that the gear we take with us shifts dramatically and becomes more complex. We add crampons, snowshoes, and skis, as well as snow baskets to our walking sticks – all the appropriate accoutrements to traverse the snow-covered terrain in front of us. But even though we pack on all this stuff for our winter adventures, are we really prepared for what’s ahead?

For more than a century, mountaineers have been adding very specific equipment to their packs, some of which is intended to save them if they get caught up in an avalanche. Though few of us are likely to get caught up in a dire situation like that, there is one universal tool that these folks take along with them that we could all benefit from; the humble shovel. Though we tend to overlook them, the right shovel could be critical to our survival if we do get into a snow-filled jam, But even better than that, they also are incredibly helpful in making sick snow forts in the wild. 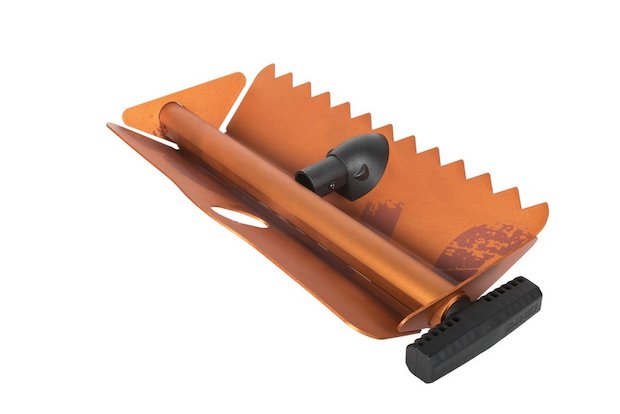 Over the past few winters, I have taken to putting a portable snow shovel in the back of my 4Runner and in my pack while out snowshoeing and hiking. I’ve only had to use it a few times, but in those moments, it has paid off in spades. For this year, I am giving the Dmos Stealth Shovel a shot. A major upgrade over the plastic shovel I currently carry, I’ve had the Stealth shovel since the summer and have used it for trail grooming – which it’s also great at. But recently had the chance to test it out in some seriously crusty snow and ice – and let me tell you, this thing is ready to take on just about anything.

Aside from its plastic handle, the Stealth Shovel is made from lightweight and durable 6061 Aluminum and is portable enough to tuck into or lash onto your pack until needed, which is when the real magic happens as this thing was born for the frozen war. Featuring an 18” long by 9” wide, deep scoop, rectangular head with an aggressive tooth pattern for chopping through the tough stuff, the Stealth Shovel removes a considerable amount of material with each pass. Its effectiveness is amplified by a telescoping handle that is capable of stopping at multiple positions (Minimum: 18”) before reaching its maximum length of 56.5”. These dimensions make the Stealth Shovel one of the largest and most effective snow shovels of its type on the market, but when stored, it’s also one of the most compact. 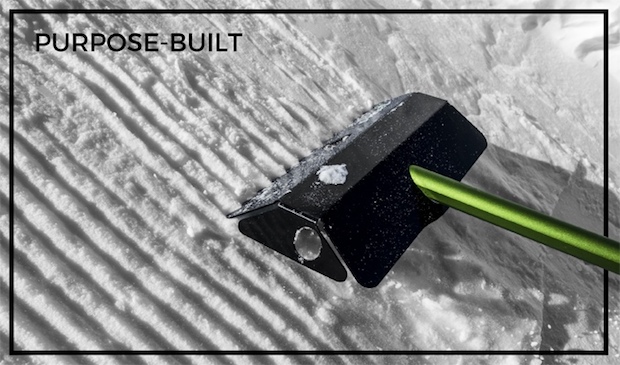 Officially, Dmos claims that the 2.5mm thick head and 1.6mm thick handle on the Stealth Shovel is “nearly twice the thickness of an avalanche shovel” so that it won’t “bend or deform.” I can’t verify the fact that it is nearly twice as thick as similar shovels on the market, but I can whole-heartedly stand behind the claim that it won’t bend or deform. This past weekend’s brutal assault on the shovel in snowy Vermont aside, I also used it throughout the summer and fall to groom trails for hiking and mountain biking. There were times when I was raking, digging, and chucking watermelon-sized rocks off the trail – and it didn’t bend or bow in the least. That was enough to convince me that the Dmos Stealth Shovel is the official war hammer of trail ready snow removal tools.

Bottom-line: if you’re an active snow bunny and find yourself in situations where a shovel is a necessity (like being outside anytime during the winter), I would highly recommend you dish out the $100 and pick a Dmos Stealth Shovel up. They come in a handful of wild, colors and even if you don’t use it every time you head out – you’ll be happy you had it when the time comes. Additionally, Dmos is launching a new Kickstarter campaign on December 13th for a bigger and badder version of the stealth, called the Alpha. I have no idea what kind of specs this thing plans on bringing to the table, but it might be worth checking out if you’re a true diehard.