Volkswagen Reveals a Microbus for the Digital Age 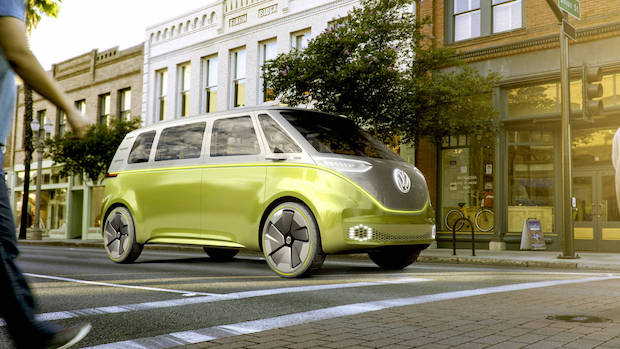 We’re not really a vehicle news or review site, but when a car or truck that’s especially popular with our brand of people makes some news, we sometimes break character and give it a bit of attention. That happened last week at the annual Detroit Auto Show – a convention held to show off new and awesome passenger vehicles looking to launch in North America over the next couple of years. The show is equally well known for its wild concept vehicles, which are often showcased simply to gauge our interest to see if they are viable enough for the concept to become reality. The design from the show that most caught our eye was the aptly named “VW I.D. Buzz”, which is the second or third go-around at a modern update on the iconic VW Microbus. 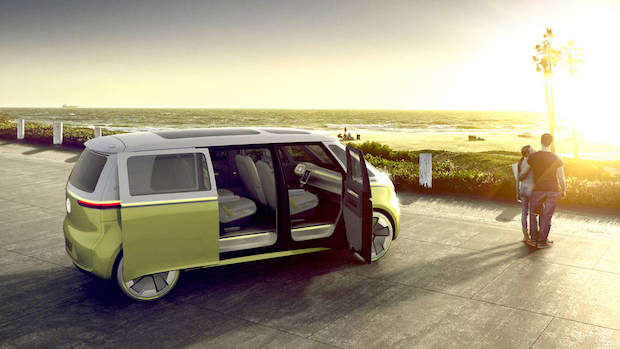 The I.D. Buzz concept, is a thoroughly modern take on the iconic Volkswagen Type 2 minibus, commonly referred to as the “T1” and is planned to be fully electric with the ability to go up to 270 miles on a single charge. Like most concepts, the I.D. Buzz is really out there, with a lot of extraneous LED lighting and accenting that most likely wouldn’t make it down to the production level. Other features include autonomous driving modes, twin electric motors capable of putting out as much as 369 horsepower, and a battery that can be recharged up to 80% in just 30 minutes. The vehicle would reportedly have a top speed of about 99 mph and could accelerate from 0 to 60 in five seconds. The interior alone looks like something out of Tron and would take at least a decade to adopt into what we consider “familiar” for driving. 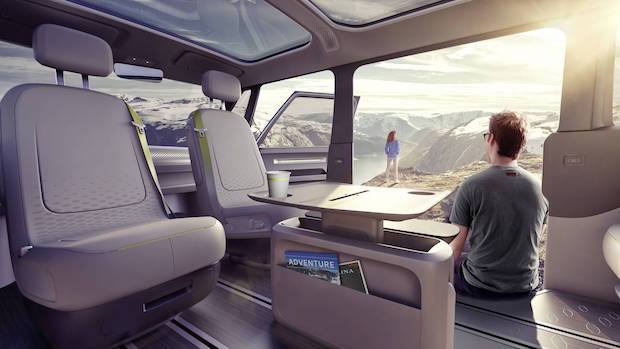 Nonetheless, the VW I.D. Buzz is fresh, exciting, and keeps the idea that we may see a new micro-bus on our shores in the future alive. However, as I said, this is the second or third teaser from VW – and this one isn’t even a camper. Although, it does seem to feature ample room to load it up with all your gear and get out on the open road. Just don’t expect to do so anytime soon. Volkswagen says that if it were to make it into production, it wouldn’t be available until 2025. 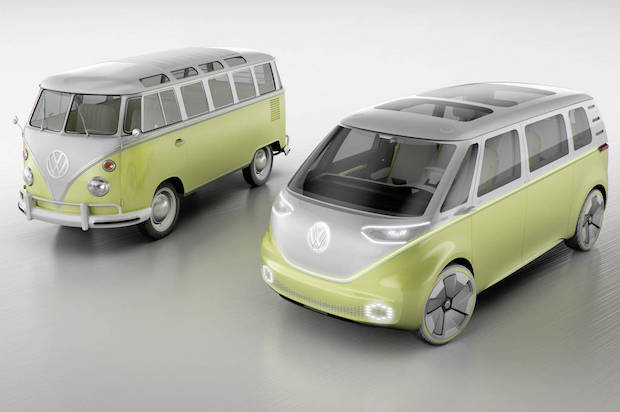 I’m all for new and modern, and this concept is dripping with those ideals, but is it too modern and packed with too much technology when considering the core customer for this vehicle? I think the answer might be yes, but we still wanted to show it to you and get you all excited. Personally, I would still recommend you hit the internet or a Dead and Co. concert this summer to see if someone is selling one of the classics that you can either buy turn-key or restore yourself. This concept goes from hippie to yuppie to hipster in less time it takes to roll a… burrito.