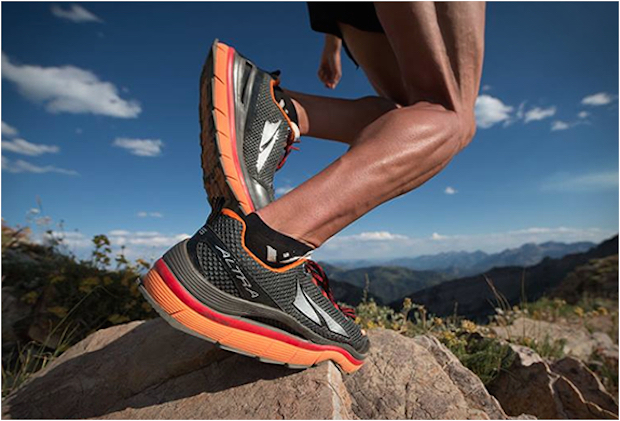 Do you really need a special pair of shoes just to run on trails? If you are running on flat, packed trails, the answer is–frankly, not really. A road running shoe will probably serve you just fine on suburban running paths and flat, river trails, although you may notice slightly better grip and more durability from a trail shoe. If you’re running on steeper trails, mud, loose surfaces, or rocky or heavily rooted terrain, however, that’s a different story.

Here is a breakdown on the types of terrain that make the biggest difference in whether you should opt for a road running shoe or a trail running shoe: 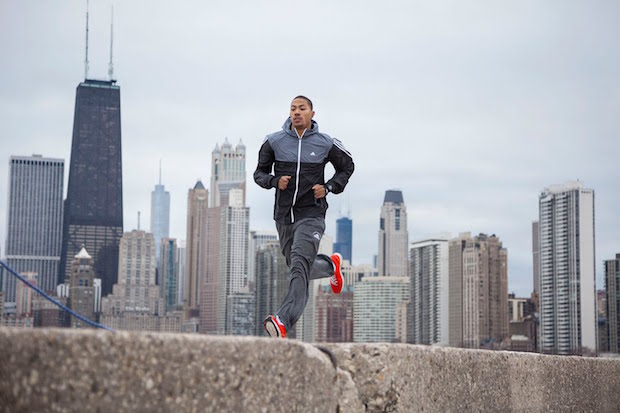 Steep & Rocky Trails
A good trail running shoe is constructed to lock your foot snuggly in place. There are usually more and better overlays around the midfoot of the shoe, near the laces, which helps prevent your foot from slipping around inside when the shoe non-level terrain. Road shoes, on the other hand, are built to be comfy. They offer some foot security, but very little is needed on flat terrain, so you will often find they feel too loose when running steep trails downhill, or you can feel your foot “sloshing” inside the shoe on varied terrain. This will cause you to slow down, have less confidence in your foot placements, and generate fiction and potentially blisters inside the shoe.

Sharp Rocks
The midsole of a road running shoe is basically just foam. For most soft road trainers, a sharp rock will poke right through the foam and jab your foot, resulting in “rock bruising.” To prevent that, many trail running shoes insert a flexible rock plate in the midfoot that disperses the force of landing on sharp objects. Even trail runners that don’t have a rock plate will often have a protective, full-rubber outsole that serves the same purpose. 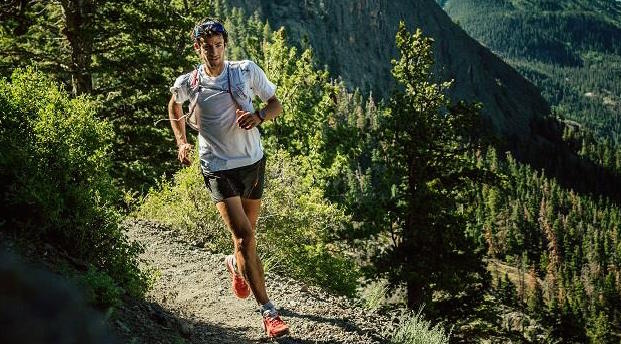 Loose Surfaces
The obvious difference between a trail running shoe and a road running shoe is the size of the lugs on the outsole. Pronounced lugs help a trail running shoe bite through loose trail surfaces to the firmer surface underneath. They can also provide a positive grip on protruding edges of sharp rocks. Road running shoes generally do not have lugs because a flat sole has greater friction on flat, clean pavement and because lugs feel clunky on hard surfaces (and absorb a fair bit of energy, reducing the efficiency of a shoe).

There’s a general misconception that lugs always improve traction. They don’t. They reduce the surface area that’s actually touching the ground, so on flat, dry surfaces, they will deliver less friction than a flat-soled shoe. Also, if the lugs are too large or soft, they can feel “gummy” and slip off the top of firm rocks, and result in a squirrelly, imprecise feeling on hard, flat surfaces. On any kind of dirt surface, however, lugs will significantly outperform the flat soles of road running shoes in terms of traction. 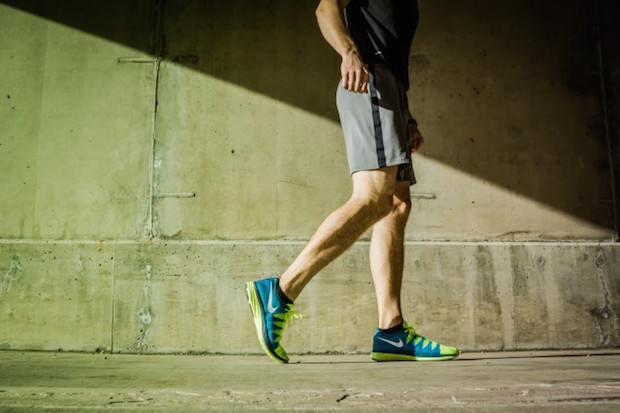 Dusty & Gritty Trails
Trail running shoes usually have smaller pores in the mesh upper, which makes it more difficult for tiny pebbles, sand, and grit to work itself through the upper and into the shoe. There is often a second layer of mesh to trap dirt before it goes into the shoe, and the tongue often has a “gusset” preventing dirt from slipping in through gaps next to the tongue. Dirt penetration is not really a problem for road running shoes, which generally opt for more breathable, open-mesh designs. (If you run across sand in an open-mesh shoe, you’ll find yourself with a shoe full of grit in no time.) Also, trail running shoes often have darker colored uppers that shed dirt, unlike road shoes which often use lighter colors that can look soiled after running off pavement and which use mesh and other materials that cling to dirt.

Got it? Check out our expert, head-to-head tests of the season’s best Road Running Shoes and Trail Running Shoes.