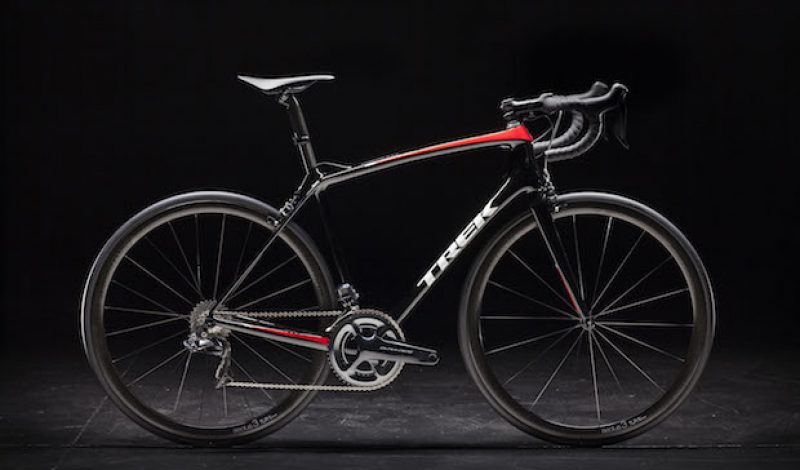 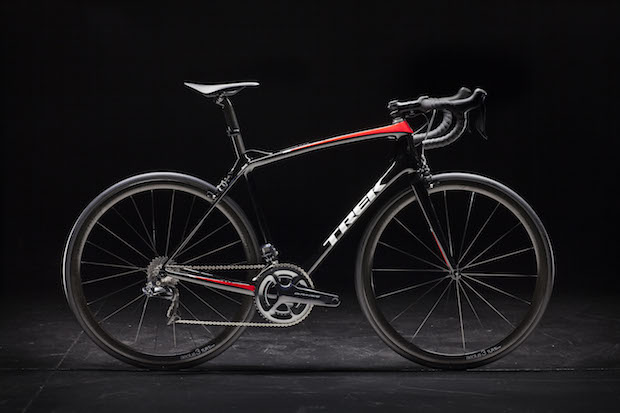 The start of the Tour de France means companies are revealing new bikes, components, and accessories. Road bike makers are unveiling gear being used in the Tour, and even though few mountain bikers care about European stage races, those companies are leaking the details of their 2018 models too. 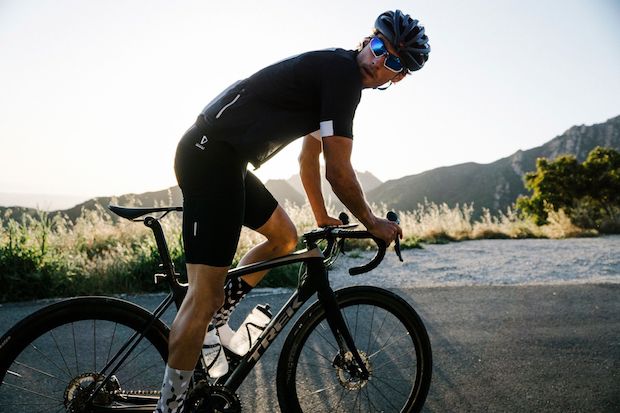 Trek is introducing a second Emonda line for 2018. The basic SL is, for the most part, the current 2017 model in a variety of trims. The top-level SLR not only adds disc brakes to the featherweight climber, but the frame also weighs 25 grams less than the current rim-brake equipped SL model. In fact, the fully built, top-of-the-line SLR 9 weighs in at 13.4 pounds. That’s 1.5 pounds lighter than the UCI-mandated minimum. Despite the low weight, the Emonda promises to be even more stiff than its predecessor, thanks to Trek’s modified 700 Series OCLV Carbon. Riders have a choice of two frame styles, the lower and more aggressive H1 and the more relaxed H2. Prices range from $2,500 for the lowest-level SL 6 to $11,000 for top-level SLR 9. Look for it in your local Trek retailer in the next few weeks. 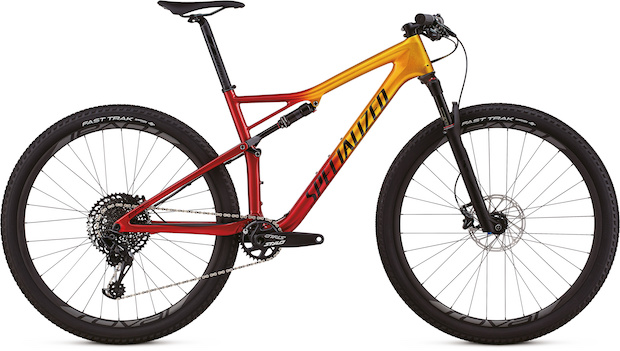 Both Specialized and Giant have revamped versions of their XC race machines rolling out. The Specialized Epic will be exclusively 29ers, with the new frame up to 525 grams lighter for the Pro, Comp, and Expert packages. Specialized claims the shorter stem, slightly slacker head angle, 42mm fork offset, and 4mm shorter chainstays make it a more stable and responsive race machine. The Epic’s rear triangle was changed to a single-pivot design, saving a bit of weight and allowing for better power transfer. The redesigned Brain 2.0 has been moved closer to the axle for more consistent damping. Expect to pay $2,800 and up when it hits your local bike shop soon. 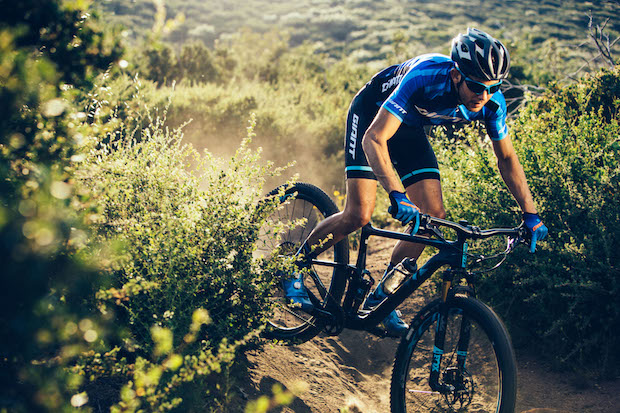 Like the Epic, Giant’s 2018 Anthem line features a slacker head angle, as well as a shorter stem and chainstays. Higher-end models see a new Advanced Forged Composite upper rocker arm that’s lighter and stronger than previous aluminum versions. While the front fork retains 100mm of travel across the line, the rear travel was decreased from 100mm to 90mm. Prices for the Anthem start at about $3,700. It should be available soon. 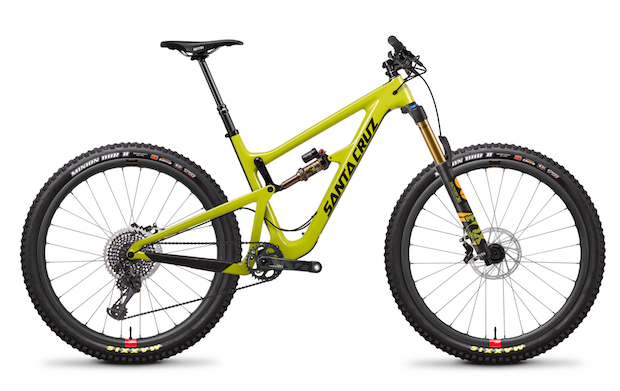 If your tastes run more to enduro, Santa Cruz launched a new iteration of its Hightower bike based on input from team rider Mark Scott. Dubbed the Hightower LT, the rear swingarm was redesigned, allowing for 150mm of travel. The front triangle remains the same as the standard Hightower, albeit with a slightly shorter reach and a slacker head angle. Unlike its sibling, the LT doesn’t allow you to swap out 29-inch wheels for 27.5 hoops. The base-model LT can be yours for just under $4,000 when it hits shops within the next month. 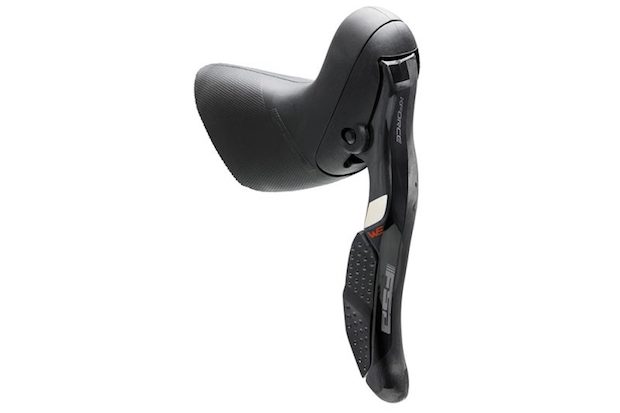 The SRAM eTap finally has some competition, as FSA’s wireless electronic groupset begins trickling into bike shops across the country. Called the K-Force WE, it promises hassle-free adjustment and adjustable-travel shifters, enabling users to dial in the perfect fit. Got small hands? FSA offers the choice of two lever sizes. Unfortunately, it looks as if it only comes with rim brakes currently. A smart phone app will both calculate the battery level and count the number of front and rear shifts. 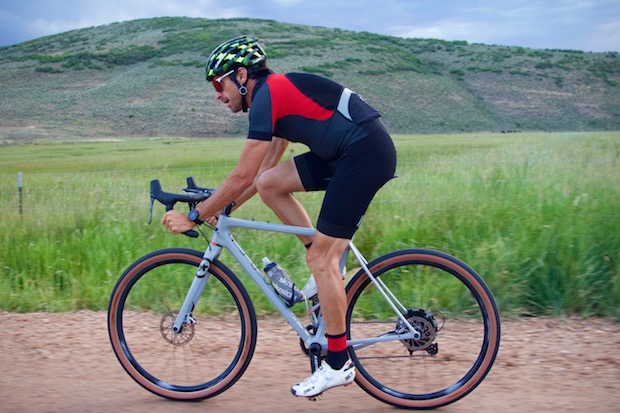 As part of its new joint ambassador program, Open Cycle is releasing 40 limited-edition Assos-branded versions of its U.P.P.E.R. gravel bike in the U.S. The bikes and Assos kits are both available now.

“The two Swiss-born companies have a reputation for quality design and engineering,” said spokesman Casey Raymer. “The brands came together on this limited-edition model that resulted in a beautiful bike with a sleek ASSOS Grey color scheme and minimal, but striking, black branding. Applying that clean aesthetic on an U.P.P.E.R. model that’s (already) the pinnacle of versatility and lightweight performance, made for a combination that’s stopping people in their tracks.”

Assos rider Thomas Cooke debuted the combo at the Crusher gravel race in Southern Utah July 8. The framesets start at $4,500.

If you never think to bring a bike lock or are afraid of a heavy chain weighing down your carbon fiber racing rig, Hiplok’s Z Lok could be an option. It’s not going to replace the trusty U lock, but serves as an annoying deterrent to would-be bike thieves. Simply put, it’s a lockable zip tie. Although fairly sturdy, it would likely be easily cut with a knife or wire cutters, but it’s better than nothing. Each $15 pack – available now – comes with two Z Loks and one universal key.