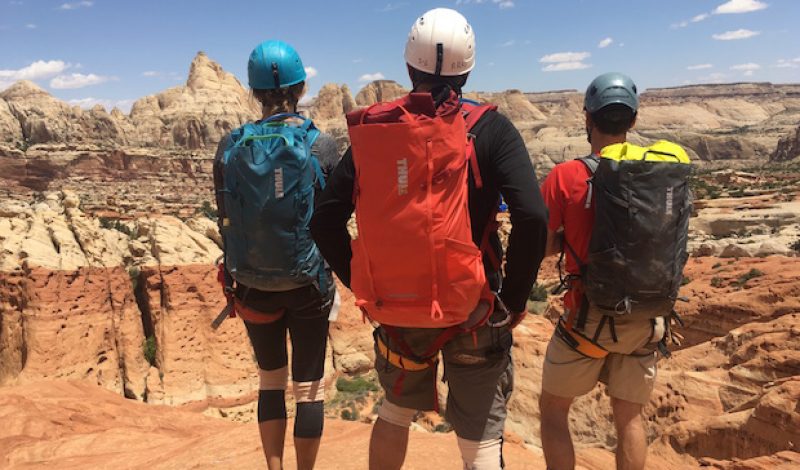 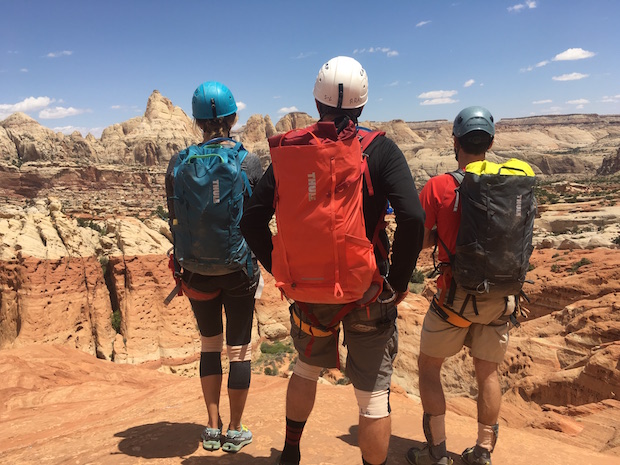 Only in their second year of making backpacks, it’s no surprise people still have a hard time thinking of Thule in that category. But speaking with Graham Jackson, Thule’s Colorado-based Global Project Manager, it becomes clear why Thule feels like they have an advantage in this space. After years of working with building aluminum frames and injection molded plastics to be engineered to carry heavy loads on our vehicles, they applied that same knowledge to carrying heavy loads on our backs too.

The backpack project was launched in 2015 with the Guidepost and Capstone packs which were designed around better load handling as well as a broad range of adjustability to customize the fit. This year, Thule is taking their line a step further with the new Versant backpacking pack as well as a burley daypack, the Stir. 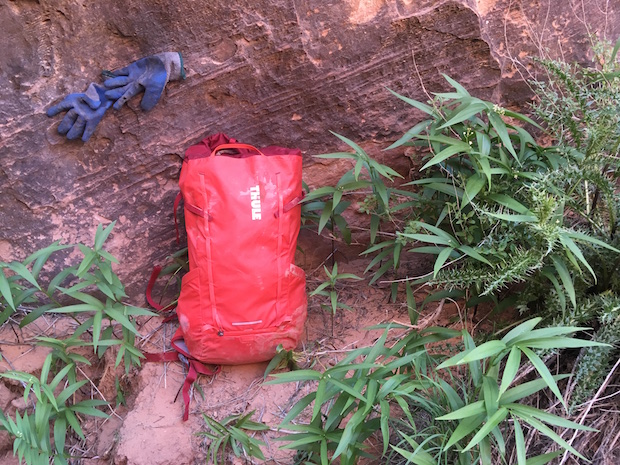 To test the packs, I took a 35L Stir canyoneering in Utah for a few days. Trips included “5th Wife” and “Cassidy Arch” near Capitol Reef National Park. Both excellent canyoneering trips and perfect for testing the ruggedness of any bag thanks to the narrow slots we had to squeeze through and for the long free hanging rappels where the weight and balance of a pack is really noticed.

All that ruggedness aside, the Stir has 4 inches of torso length adjustability to dial in a very comfortable fit for most users. The adjustment is easy with a simple Velcro flap that peels from the back of the pack then slides into place. Reset the Velcro and the pack is ready. The hip belt is also removable with a similar Velcro system. Also unique is the pull-cord top that makes for quick and easy access to the top compartment. And for quick access to items lower in the pack there’s a side zipper. Water bottle holders are easy to reach while wearing the Stir and a the quick stash pocket on the front was the perfect place to store the rain layer I needed on more than one occasion.

To go with the rain moments, the Stir has a built in storm guard system made up of a pack cover that deploys from a dedicated pocket. The cover only reaches three-quarters of the way down the bag, which is fine because the rest of the system is built into the lower third of the pack to provide enough overlap to keep gear dry. Though, it’s not a totally submersible pack. The other nice thing about the lower third storm guard system is the pack can be set into a puddle or be worn into waist deep water and still provide good waterproofing protection to your gear.

To test the Versant, I took the pack on a three-day trek in the Mahoosuc range in Maine. Like the Stir, the Versant has a broad range of adjustability and is easy to size in the field. This is particularly good for family backpacking where packs are shared among family members or for summer camp programs where the packs will have many different sized users. The Versant carried well and has other similar features to the Stir like the storm guard system, stretchable stash pocket and instead of just a single zipper on the side for the main compartment, there’s a large U-shaped zip that opens the bag more like a suitcase. This is a great feature for keeping camp tidy. Instead of completely unpacking a pack and exploding gear everywhere, it all stayed organized in the pack itself and I was able to reach directly for what I wanted instead of having to go dig for it. This will keep tents cleaner on the inside (especially if you’re sharing a tent with someone) and in my case of sleeping in a hammock, I just left the bag open under my hammock and could reach everything I needed even while in bed. The Versant is also introducing a new modular feature on the hip belt. On one flap is a standard hip belt pocket but on the other is where the various “VersaClick” options are available. It comes with a roll-top waterproof pouch, but that can be swapped out for an extra water bottle holder, camera case, or another zippered pocket. More options will come in time. The last feature I’ll mention is similar to their Guidepost pack. Instead of the top of the pack converting to a daypack, it instead converts to a simple sling pack for small trips from camp. It’s a very handy option to have and one that many people are sure to love. 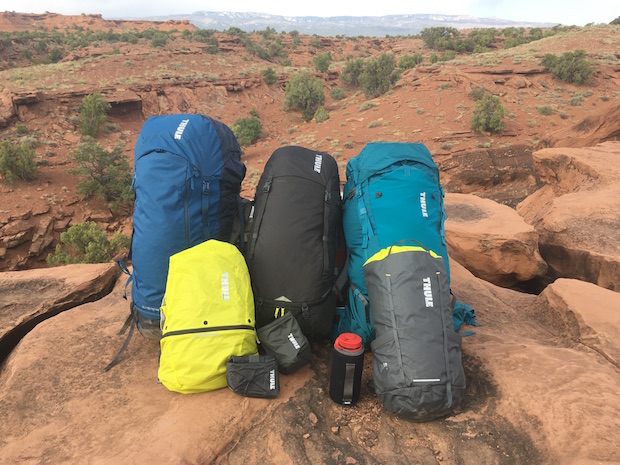 Thule isn’t compromising on quality in any way and they will bring some good competition to the backpacking pack market with these new options. Find out more at Thule.com.

For more information on backpacks and other gear, checkout our camping and hiking page.