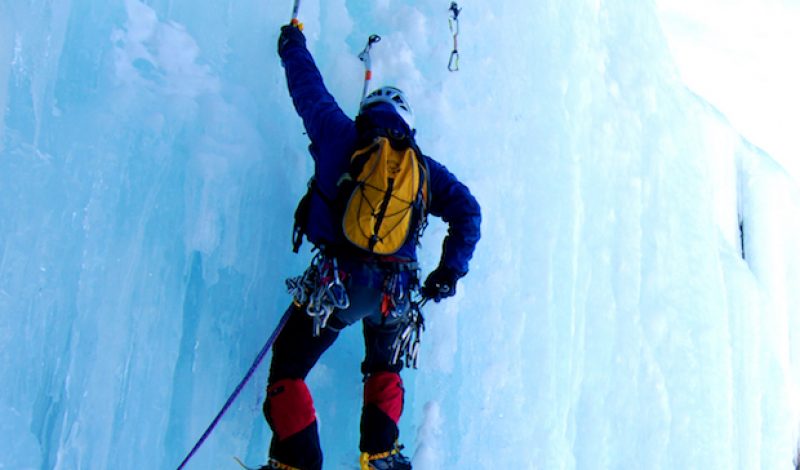 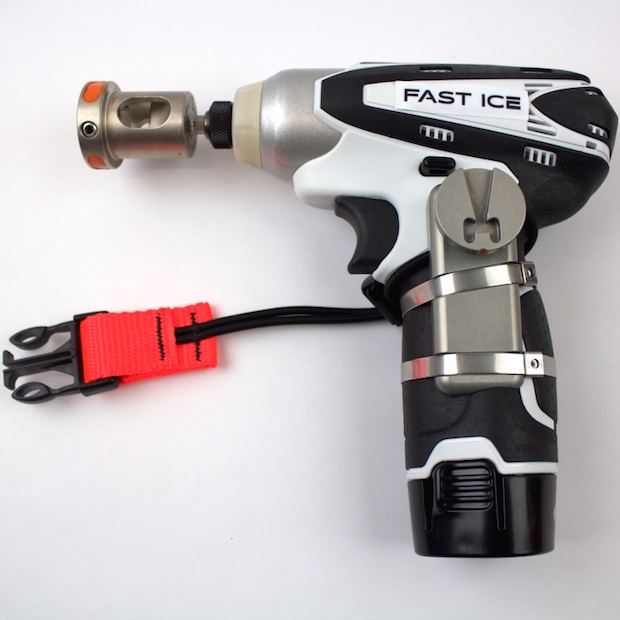 Some new ideas are born in the shower, others in the Ouray Hot Springs. Such was the case a few years ago when Albert Fiorello was soaking in the relaxing waters of the hot springs after a long day of ice climbing in the Ouray Ice Park. As he sat there, his thoughts turned to the small cordless drills that were being improved upon through the use of lithium-ion battery technology. That’s when it dawned on him that one of those drills could be used for driving in an ice screw as well. From that simple premise, the idea behind a new product called Fast Ice was born.

For most ice climbers, placing ice screws is the hardest part of leading ice, along with the mental challenge that can go along with being out on the sharp end. I know countless longtime ice climbers who will happily ride topropes day after day and avoid leading whenever they can. Just look at the popularity of toproping at the ice park. A lot of climbers are there every day but very few are leading.

While modern ice screws are plenty strong in good ice, for many it’s the physical difficulty in placing those screws that deters them. In terms of security, it’s a polar opposite of casually clipping bolts on a summer sport climb. 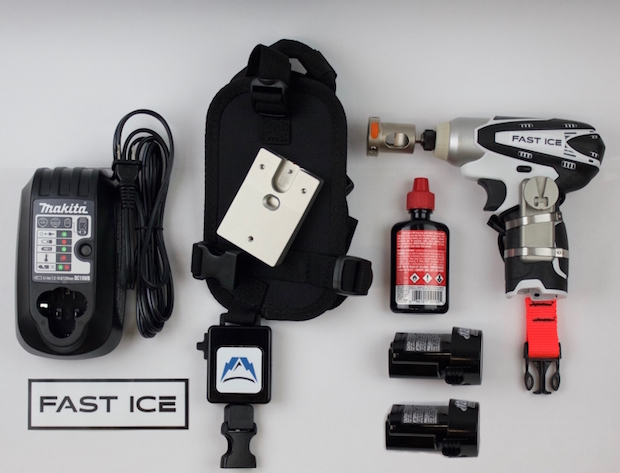 Fiorello is a longtime climber with over 30 years of experience on the ice and rock who counts many of climbing’s luminaries as his friends and partners. But, stopping to place ice screws was often what held him back on his more ambitious climbs, So, when he got home, he went to work with a cordless drill and had a local mechanic weld nuts on the end of some ice screws. Out on the local ice he found that his drill simply wasn’t powerful enough to drive the screw, and the ice couldn’t escape the welded nuts properly.

With this new knowledge in hand, he went to work with his son Will fashioning a prototype out of PVC and tool sockets. Eventually he came up with the design that is close to what he originally envisioned, all the while testing the device on local ice midweek to avoid being seen by other climbers. The system Fiorello created uses ball bearings on the chuck to hold the ice screw on the drill while being placed. He upgraded to a small, lightweight 12-volt impact driver powered by efficient lithium-ion batteries to improve overall power as well.

Holstering the drill was one issue that he had to overcome. After all, where were you going to put the thing? Initially, Al put it on his waist but he and other climbers involved in early testing felt it added too much to an already cluttered harness. Some suggested attaching it to his leg but he settled on a holster that sits at the intersection of your rib cage and abdomen – off-centered, similar to a gun holster. 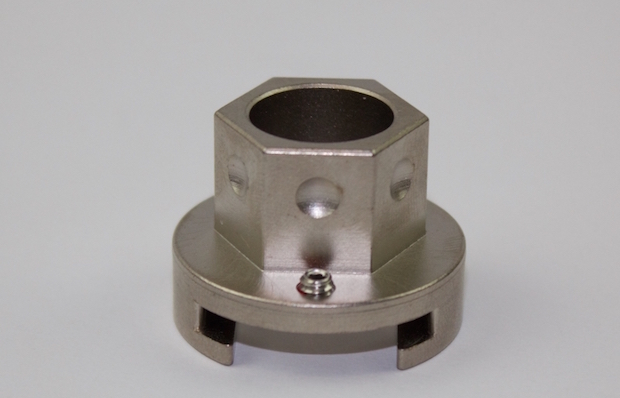 Next, he had to create a system to hold the drill securely while climbing yet allowing you to holster it and unholster it using just one hand. He purchased a number of swivels online but nothing worked. Eventually he came up with his own ingenious design that is now patent-pending.

Using a college background in the sciences and his professional experience in business, ultimately Al spent considerable time dreaming up ideas in his sleep and seeking guidance by reading books on creativity. His obsession with the idea had him sneaking out to the ice midweek so he wouldn’t be seen and buying dozens of blocks of ice during the summer. He also started calling his old climbing buddies, the likes of Lou Dawson and Michael Kennedy, who were pioneers of vertical ice. Their reactions and insight kept pushing him to develop the product that exists today.

So, does it work? Is it going to be a game changer? I’ll post a more detailed review after further testing but I will say this: I’ve never placed a screw in the middle of a crux on a steep route from an outstretched arm, literally at the furthest possible reach of my fingertips. The system takes some practice but on my first lead with it I was placing screws with ease in a matter of seconds and on my third day I was “out-racing” a friend leading an easier route side-by-side with my line. 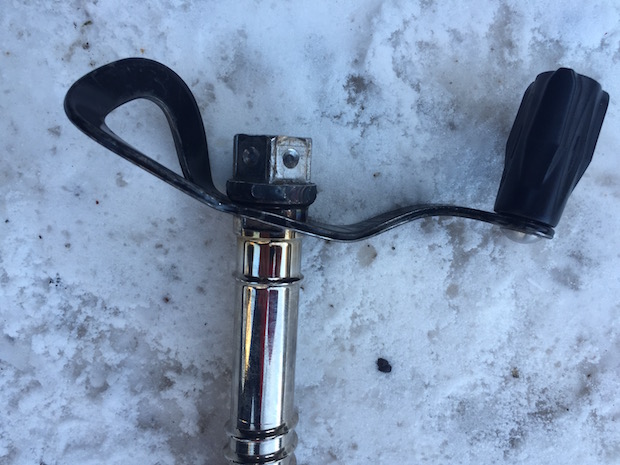 The Fast Ice setup retails for $349.95 and includes a Makita 12-volt lithium-ion drill, 2 batteries, a charger, holster, swivel and chuck, and carrying bag. You’ll also need an ice screw adapter for each screw – available for Black Diamond and Petzl screws – for $19.95 each.

Check out FastIceClimb.com for pictures, video and product description and check back here for a detailed review soon.