The Spyderco Para 3: Getting Everything Just About Perfect 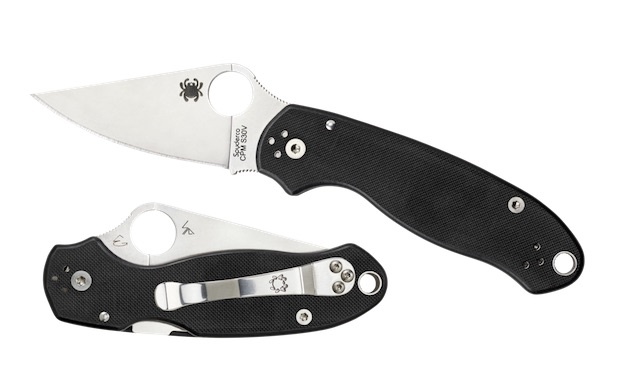 Whether you know this or not, Spyderco Knives has played a key role in the widely accepted design of the modern folding pocketknife. In the early 1980’s they introduced their iconic round hole cutout in their blades which, in turn, introduced the world to easy, one hand knife opening and operation. Around the same time, they introduced the pocket clip to some of their folding knife models as well, and while they didn’t invent this innovation, the concept caught on like wildfire to the point that almost every folding pocket knife today comes with one. With that in mind, it could be argued that Spyderco – through these modernizations, along with quality craftsmanship, and intriguing designs – is also responsible for making pocketknives widely acceptable; especially with outdoor enthusiasts. 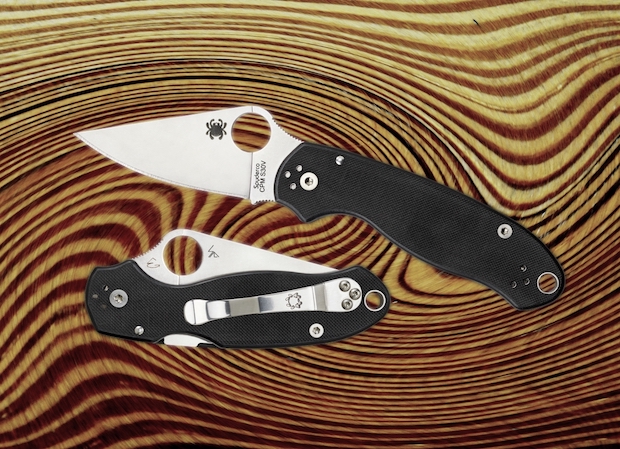 For 2017, Spyderco has a slew of new knives for our consideration, but one knife that stands out above the rest is their new “Para 3,” a reimaging of the Para Military 2 that should be on the top of your list for knives to consider buying this year. Why? Well, in an industry hellbent on trying to find the next big thing in knives, Spyderco has chosen to approach this knife as a variant that is smaller than its predecessor, making it more ergonomic and more widely accepted in areas that are enforcing blade length restrictions too. Ultimately, with the Para 3, Spyderco has taken their near perfect folding pocket knife and, by shrinking it down, have expanded its possibilities ten-fold. Is this an innovation? No, but it proves that Spyderco is listening to their customers and want to make sure we can carry wherever we want.

Comparing the Para 3 to the Paramilitary 2 (which will remain in Spyderco’s line up) you’ll find that the CPM S30V, clip point blade has been cut down to 3” from 3.5”. This makes it legal in almost every state of the union, while still featuring a full-flat grind. The handle length has also been cut down by half-an-inch and its shape has been modified too, making the Para 3 an inch shorter overall than the Paramilitary 2, as well as generally more ergonomic. Fans of the Compression Lock found on the spine of the Paramilitary 2 will be happy to see it carried over to the Para 3, and folks who weren’t too thrilled with it (like me) will need to get used to it (I have, and love it!). In “tip-up” carry configuration, the Para 3 will sit a little higher in your pocket, but shouldn’t be a concern – in fact, for people adding dongles to the lanyard hole, they’ll find it a bit easier to deploy. 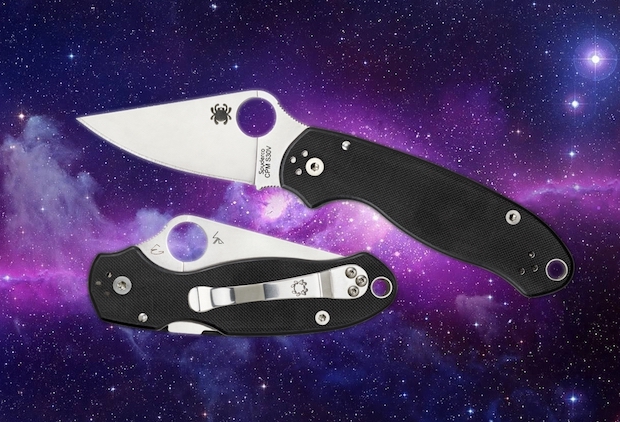 I’ve long preferred tactical, military-influenced knife styles and am a big fan of the Paramilitary 2. I’ve been using it for almost three years now, and it’s a lightweight, stream-lined workhorse of a blade that has made its way to the top of a lot of outdoor enthusiast and knife enthusiast’s lists for knives they rely on daily and in a jam. I’m excited to see what the Para 3 has to offer, as its compact and ergonomic design will only capitalize on what its “big brother” has brought to the table for its fans as well as the industry as a whole. The Para 3 will go on sale in the next couple of months and be available in both serrated and plain edge variants. It will feature black G-10 handle scales, but it’s my hope that Spyderco will do a nasty “sprint” run featuring their digicam G-10 scales found on one version of the Paramilitary 2. It won’t aid in the final score I give the knife when I test it, but it will guarantee its spot under my pillow at night.