The Shiftpod is a Tent Made for Extreme Environments – and Festivals! 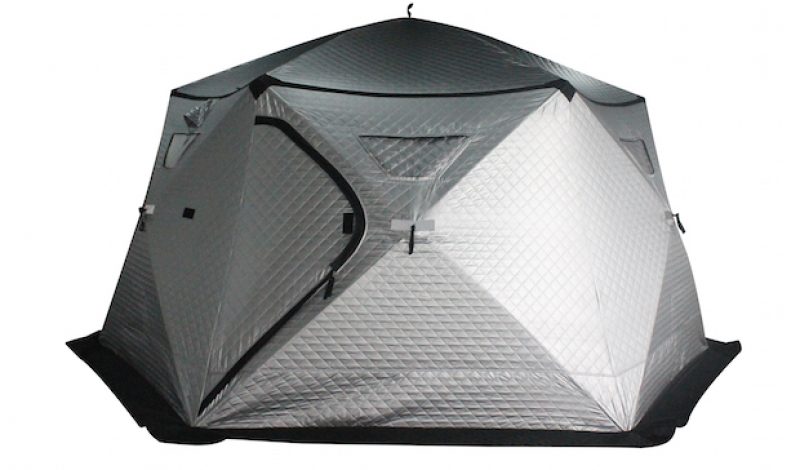 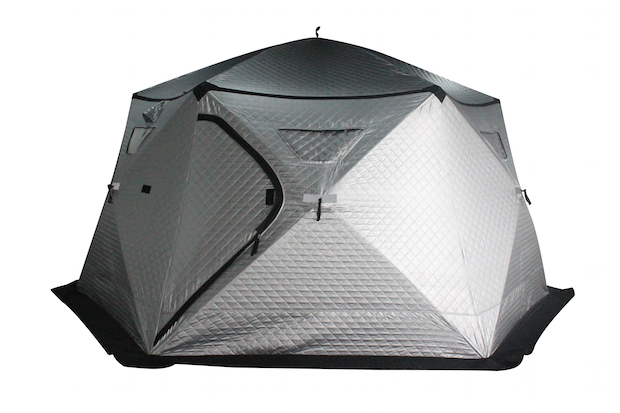 It is often said that necessity is the mother of invention. That would certainly seem to be the case with the Shiftpod, a high-tech, purpose-built tent that sprung from the need for campers to stay cool and comfortable while attending the Burning Man Festival, held annually in the Black Rock Desert of northern Nevada. Many of the attendees – typically referred to as “burners” – routinely face high temperatures, as well as plenty of blowing sand and dust while there, making ordinary tents somewhat useless. But the Shiftpod addresses those needs nicely, and provides festivalgoers – and potentially explorers – with a sturdy shelter from elements.

In their on-going battle with extreme heat, the designers of the Shiftpod coated its exterior with a special reflective shell that keeps the interior at a comfortable temperature, even during the middle of the day. But as anyone who has ever spent time in a desert can tell you, it can get quite cool at night. To prevent temperatures from falling too low inside the pod, its walls are lined with three layers of insulation. These design choices help to make it a great option for all kinds of extreme environments, where comfort and space are far greater concerns than portability.

Speaking of space, the Shiftpod has plenty of room inside to stretch out and get comfortable. When fully assembled it covers a 12-foot by 12-foot area, and stands 6.5-feet in height, allowing most people to comfortably stand up without having to lower their heads. This gives the tent enough room to accommodate a queen-sized mattress, as well as plenty of gear and other equipment too. 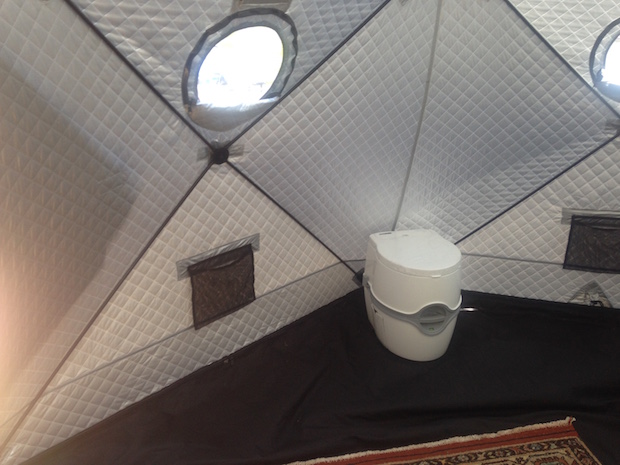 Other nice touches include six portal windows that allow exterior light to filer into the structure without compromising interior temperatures in any way. There is also an option to install a portable air conditioner as well, and waterproof zippers come standard to help keep both moisture and sand at bay. The floor can even be zipped out for quick and easy cleaning when necessary, and the tent even comes with high quality stakes and two combination locks to secure the door.

Assembly of the Shiftpod is reportedly quick and easy, taking just minutes for a single person to erect the shelter. There are no loose poles or clips to deal with at all, and the product’s website says that it takes less than five minutes to set up, and even less time to take down. That quick assembly time can come in handy in places where getting your shelter up in hurry is a major benefit.

And now for the bad news. The Shiftpod weighs in a hefty 64 pounds, which makes it quite a burden to lug around. That means that this is a tent built for car camping at best, as you certainly wouldn’t want to have to haul it very far – even with the optional wheeled storage bag. Still, considering its size and features, it might be worth the effort if you’re in need of a comfortable living space in a harsh environment. This isn’t a tent you’ll take backpacking of course, but it would make for a good option as a base camp shelter. 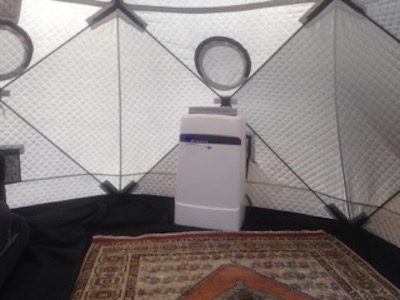 The Shiftpod doesn’t come cheap either. It is priced at $800, even without the wheeled bag. That puts it squarely out of the budget for most of us, unless you have a very specific need for the features it provides. If it makes you feel any better, a portion of the proceeds from the sale of each tent are being given to the recovery effort in Nepal, which should at least count for something.

Despit its cost and weight; this will likely be a popular tent with its intended audience – which mainly seems to be the burners themselves. But it also has some practical purposes beyond that, and I could see it being put to good use in other applications as well. 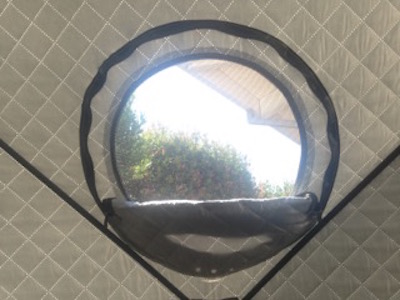