The Multitasker Twist Brings Unexpected Functionality to the Field 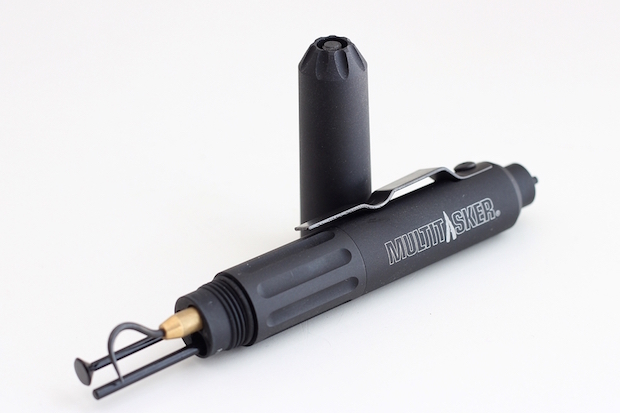 A wise man once said “once in a while you get shown the light in the strangest of places if you look at it right”. Which translates loosely from the Hippie language as “think outside the box.” It’s adapting ideals like this that keep us going, and for me it has led to using a tool that was originally designed to maintain handguns and rifles in the field for maintaining knives, multi-tools, and other gear gear as well. I’m talking about the Multitasker Twist, which is something I would have never thought of using in this capacity if I hadn’t opened my mind up a little. So that said, let me help to open up yours too.

The Twist is a full-featured, mil-spec toolkit machined out of 6063 Aluminum. In size and form, it resembles a Sharpie marker which makes it easy to carry and familiar to use. The frame of the Twist features a couple of tools that I have yet to use for anything – an AR15 front sight tool bit and an Aimpoint turret adjuster. Removing the AR15 bit, however, reveals a magnetic ¼” hex driver, which just so happens to be the most common size used for hex bits. Multitasker includes a separate 10 piece hex bit tool kit which is comprised of some of the more common bits for gear on the market; but could easily be swapped out for other ¼ hex bits that work with your specific gear. 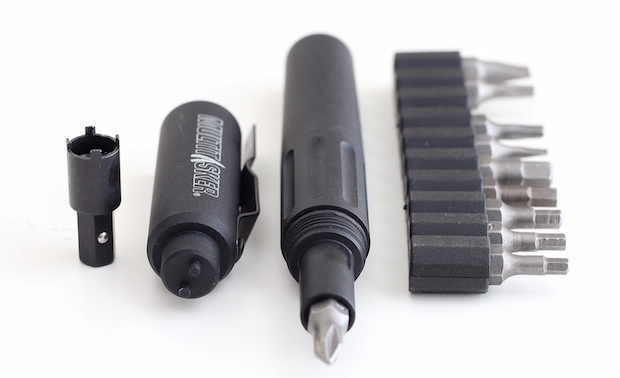 Additionally, the opposing end of the Twist features a threaded port that works in conjunction with the included carbon scraper, pin punch, and dental pick – as well as any matching gun barrel brush. The pin punch and carbon scraper recently came in handy on a couple of occasions where I had fouled up the inner workings of a couple of folding knives I was testing out. The dental pick turned the impossible task of putting the spacers back into a customized Leatherman Wave I was cobbling together surprisingly easy. I also found myself using the Twist to repair an old Primus camping stove up at the cabin that after a bunch of beers I thought would be more fun to cook dinner on than my JetBoil.

By thinking outside the box I found a way to use the Multitasker Twist in a multitude of applications, and I’ve only been usint it for a month. When Multitasker initially reached out to me to test it, it was for working on my handgun and rifle for another blog. While doing so, I found myself in a few situations where either my standard multitool couldn’t do what I needed to do or it was aided by the Twist. Now it has become a staple in my pack or pouch, going with me just about everywhere. 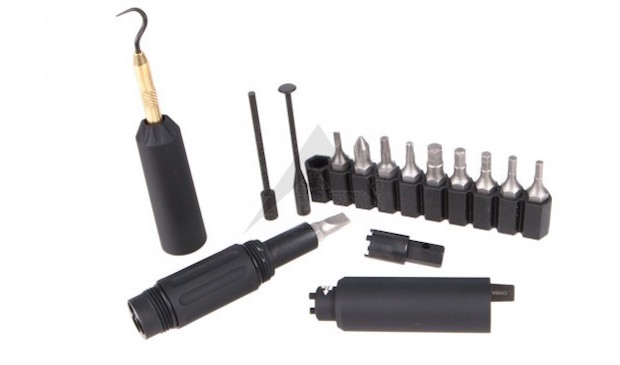 More and more, as companies start to broaden their spectrum, we’re probably going to see tools like this that bridge the gap between a couple of overlapping worlds. If you find yourself in the need of something that’s built grunt-tough – and can field maintain almost all of your gear – step outside your comfort zone and pick up a Multitasker Twist.