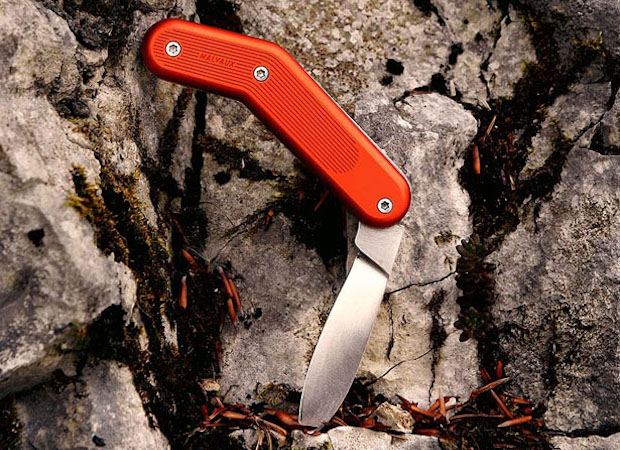 Innovation in a product is often a direct result of repeat experiences with something. It’s a reaction to one’s need to heighten the means by which something functions in hopes to eliminate a problem or fill a void. It doesn’t necessarily mean that anything was wrong with the original product – it’s just an opportunity to change it to more closely suit someone’s personal needs. I can think of no better physical example of this train of thought than the Model Number 1 Knife from Swiss Knifemaker, Malvaux. Claiming to be an improvement on the classic “Swiss Army Knife,” Model Number 1 improves on ergonomics and allows the user to fully disassemble the knife to clean, maintain, and to replace the blade if need be. In print, it looks like a move in the right direction – but they totally should have put a clip on it, because I have a feeling it’s going to be a bit bulky in your pocket.

Limited to 150 pieces, it’s doubtful many of these knives will get past the Swiss borders, but how it carries in your pocket aside, the Model Number 1 Knife looks beautiful. The stainless-steel blade and anodized handles, when coupled with the angled design of the handle will not only improve ergonomics, but you’ll have a pocket knife that will be able to take on more complicated tasks when compared to the original. Furthermore, deciding to have the knife bolt together so it can easily be broken-down and maintained is something I’ve wanted from my Wenger or Victorinox knives for years. I’ve yet to have one completely fail, but I have had the pressed handles fall off, and they get gunked up something nasty after riding around in your pocket for a while – it would be nice to be able to have the option to field maintain them. 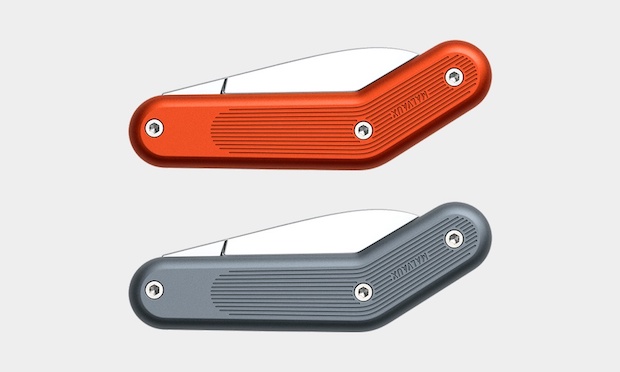 I wish Malvaux the best with their innovative, modern take on the classic Swiss Army Knife; the Model Number 1. For more than a century, other companies have tried to go up against Wenger and Victorinox – which are now just one company – and haven’t fared so well. I firmly believe it’s because most of what’s come out has just been a reinterpretation of the classic, and not any attempt at true innovation. What we have here, sadly in a limited edition, is the first major departure from the classic design that really could be a significant improvement, provided it gets out there and enough people put it into play.

I just don’t think it’ll fit very well into the pocket of your Levi’s. Definitely not in that little fifth pocket, where most folks store a single-bladed SAK like this.