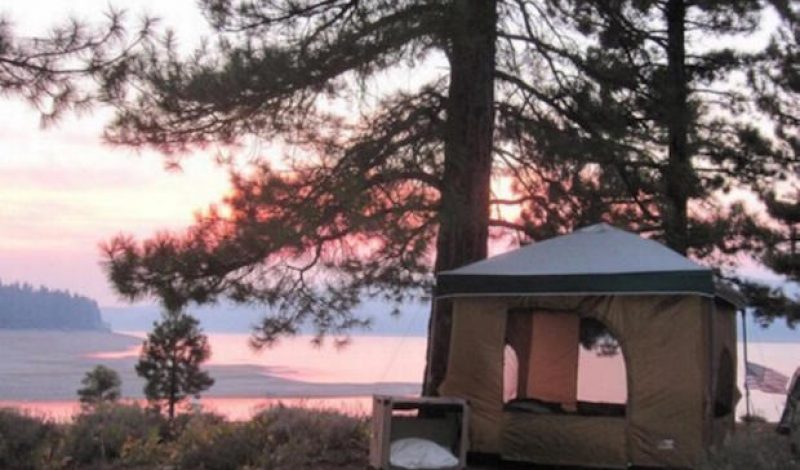 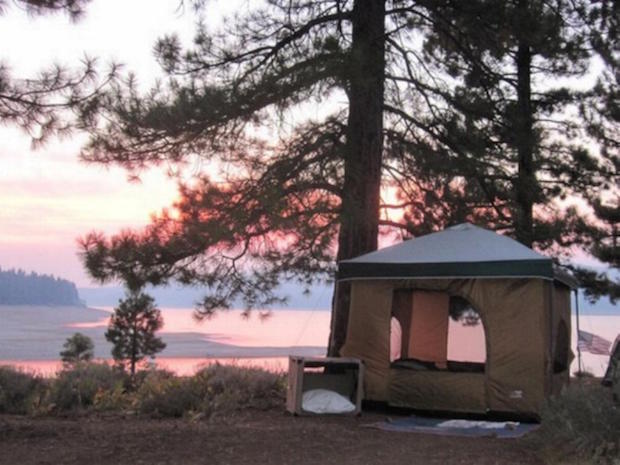 Car camping tents generally come in two shapes: domes and squares, with slight variations on both. There are benefits to either style, but in the past decade as I have integrated car camping into my family’s life, I have found that though the dome style tents look cool and usually feature a lot of innovations, they don’t allow you to utilize the maximum amount of floor space due to their curved walls. Even the ones that promise to be tall enough so you can stand up in them usually only allow you to do so in the center of the tent. So with camping season quickly approaching, I have decided that this year the LeForts are going vertical – at least in terms of the design of the walls of their tent.

I’ve been on the hunt for a suitable tent for a few weeks now but last night I believe I had a breakthrough when Standing Room Tents liked one of Gear Institute’s pictures on Instagram. From what I can tell, Standing Room Tents offers three models, all of which rely on the additional purchase of a pop-up canopy like the ones used for tailgating and farmer’s markets. Though this will add to the overall cost, these pop-up canopies provide needed structure as well as an extra layer of protection from the elements. Two of the tents – the 64 and 100 – have a 10’ x 10’ footprint with vertical walls, and feature two large windows and a door. Their third tent – the XL – is 20’ x 20’ and is essentially two of the 100 model tents joined together that requires two pop-up canopies to function. All three tent models feature a center height of 8’ 5” and a wall height of over 6’ (depending on which pop-up canopy you source). 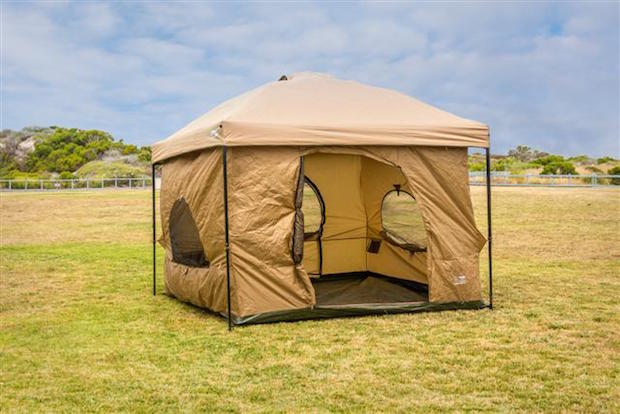 Standing Room Tents’ website directs you to Amazon where the pricing for the tents themselves is fairly reasonable – $139.99 for the 64 and 100 models and $199.99 for the XL model. To function, all of the models require the additional purchase of a pop-up canopy of your choice, which – at minimum – is an additional $100 for each canopy. This still doesn’t put the overall price of the tents outside of reason, but all things considered, you’d be best off dropping around $400 and purchasing two pop-up canopies as well as the XL model based on square footage and modularity alone.

With a closet full of tents, including one brand new one intended for this camping season’s adventures, this is going to be a hard sell to my wife. I’m going to focus on the fact that these Standing Room Tents allow us to maximize our internal space so we can bring more “stuff.” If that doesn’t work, I’ll explain how the XL model will offer us sanctuary when our three year old decides she wants to discuss her theories on life and the cosmos with her imaginary friend in the middle of the night. Wish me luck. 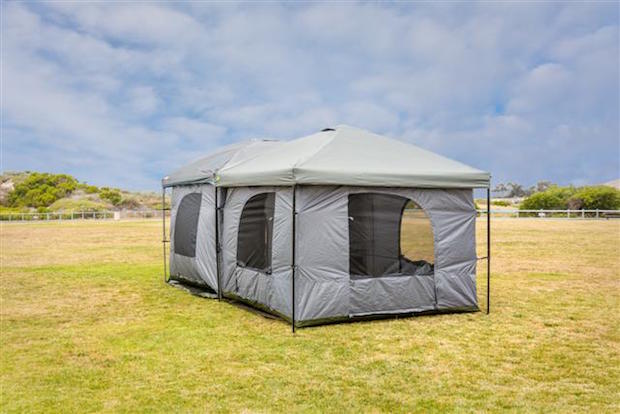