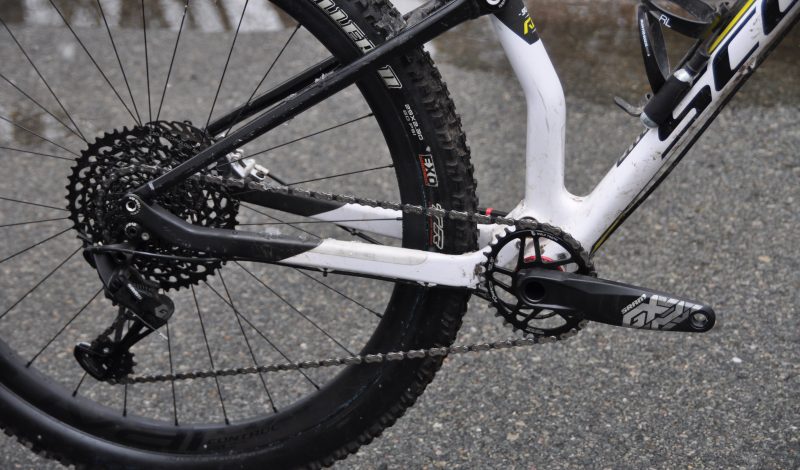 For many riders, 1×11 systems simply did not have the gearing for high-cadence spinners, especially on steep hills and power moves. SRAM quickly addressed that issue a few years back, launching the first-ever 1×12 systems, in their top-end – and very pricey – XX1 and XO1 Eagle lines. This was a truly revolutionary technology, giving 1x riders similar gear range of a 2x system, with considerable weight savings, fewer shifting issues and less clutter, and pushing 1×12 systems to the top of the wish list for serious riders of all styles. But alas, most riders couldn’t afford, nor really needed, such high-end systems.

Enter SRAM’s new Eagle GX 1×12 system. Launched in the summer of 2017, the new GX level offering brought the price down significantly, from $1,300 for XX1 to a super-affordable $496 for GX. Suddenly the majority of riders out there could enjoy the benefits of a 1×12 system without the crazy-high cost, whether retrofitting their existing rigs or buying a new mid-level bike. 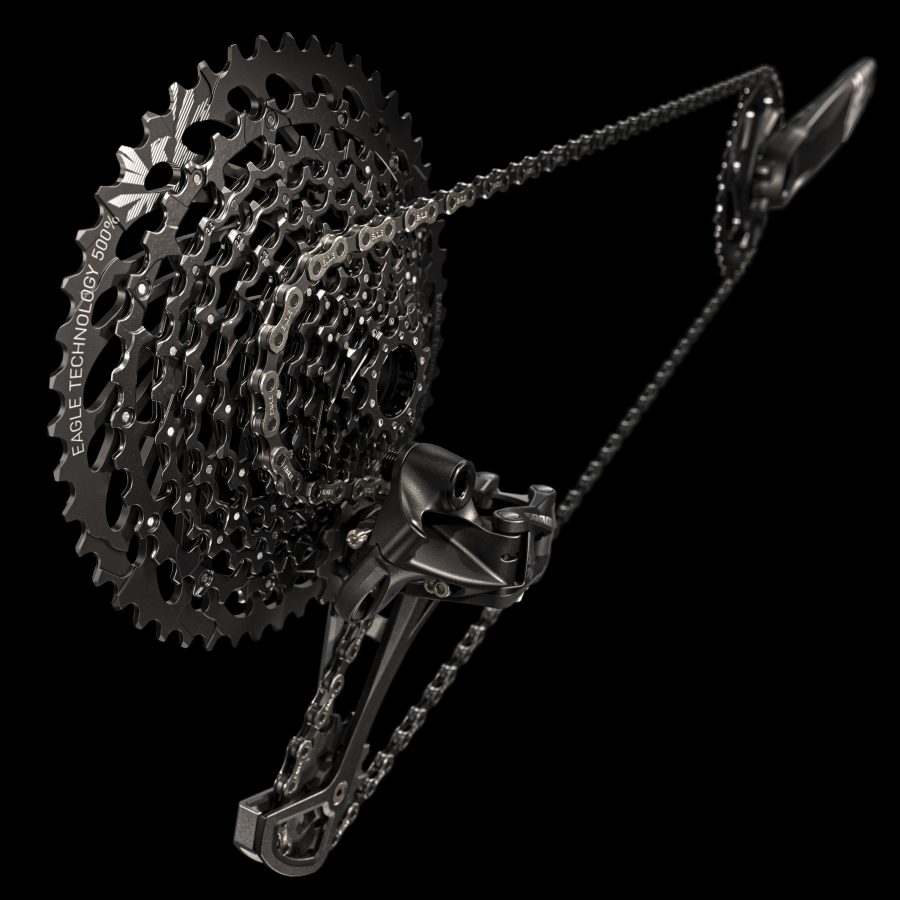 However, as with many tech weenies out there, we were skeptical that at less than half the price of its siblings: Could GX Eagle could measure up and still be a better option than 1×11 and/or 2x systems? After months of hard testing, the answer is an enthusiastic “yes!” While there are certainly some minor issues with this system, the overall the benefits far outweigh the detractions, and GX should convince many a holdout that this is the future, and the future is now attainable. Here’s why we (mostly) love the GX Eagle group, just in time for your spring upgrade! 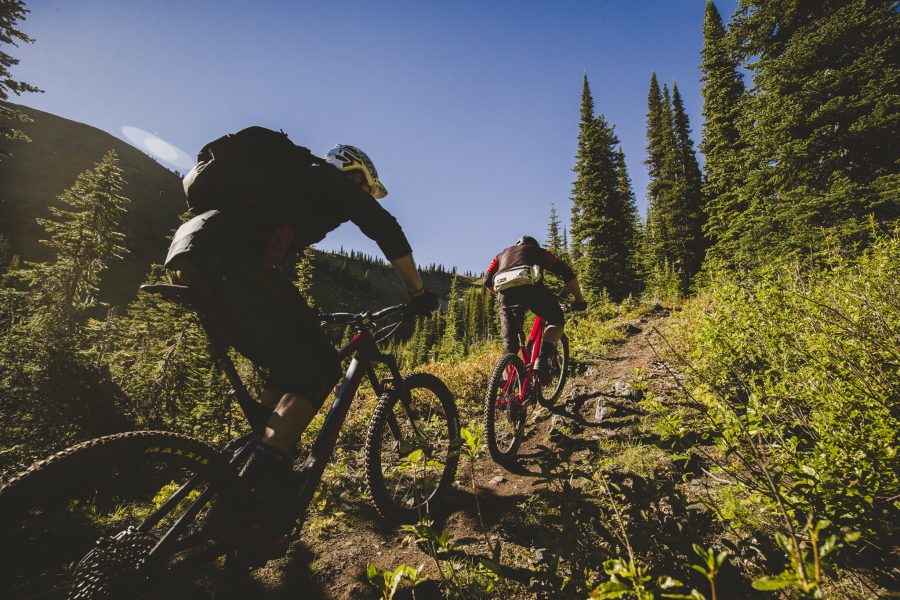 The GX Eagle group is comprised of the following: 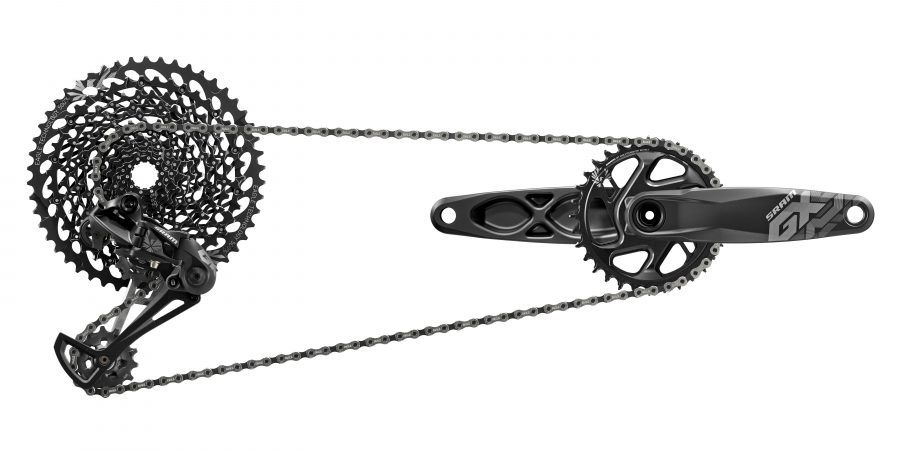 Obviously, the cost is this group’s best attribute, allowing for the majority of riders out there to enjoy a 1×12 system. But for this review, we’ll focus on the actual performance benefits – as compared to both its higher-end siblings and the traditional 2x and 1×11 systems. Suffice to say that there really is no comparison between these. 1×12 systems, including the “entry-level” GX Eagle, outperform these other systems in almost every way, and that includes premium groups. It all begins with the lack of a front derailleur. No matter how high-end a front derailleur is, and no matter how perfectly installed and adjusted, they are notoriously prone to shifting issues, from chain suck to chain jumps to missed shifts, etc. Add to that the need for another shifter on your bar and cables running down the tubes, and there’s simply no way to defend the need for 2x anymore. Once properly adjusted – something that may take a bit more time than 2x systems, but is simple to do – GX shifts from the 10t to 42t rings smoothly and relatively quickly every time, although shifting to the biggest (50t) ring is a bit slower and less precise (see below for more). Multiple shifts were also spot on, regardless of direction. And in our hundreds of miles of testing, we never threw a chain with a properly adjusted rear derailleur.

Weight and clutter are probably the next two reasons we love 1×12 and the GX version. While considerably heavier than the XX1 and XO1 versions of Eagle, the weight comparison against other groups in its price range is far more advantageous for GX. For instance, Deore XT’s 11-speed (11-46) cassette weighs almost 50g more than GX’s 12-speed. And the XT 1x crankset with a 32t ring weighs about 50g more than the GX’s 630ish grams – the GX is also about 25 bucks cheaper. There’s simply no way a 2x system can fairly compare, considering the extra front ring, derailleur, cable and shifter. That said, GX may be a bit heavy for serious racers, especially in XC and Marathon.

Another major, yet often overlooked, benefit to 1x systems (whether 11 or 12-speed actually) is the additional clearance in the precise spot it matters most. Where do you hit a rock or tree stump when powering over it with a 2x? The big chainring. With the big ring gone, riders enjoy noticeably higher clearance, maybe between 3-5cm depending on ring sizes. 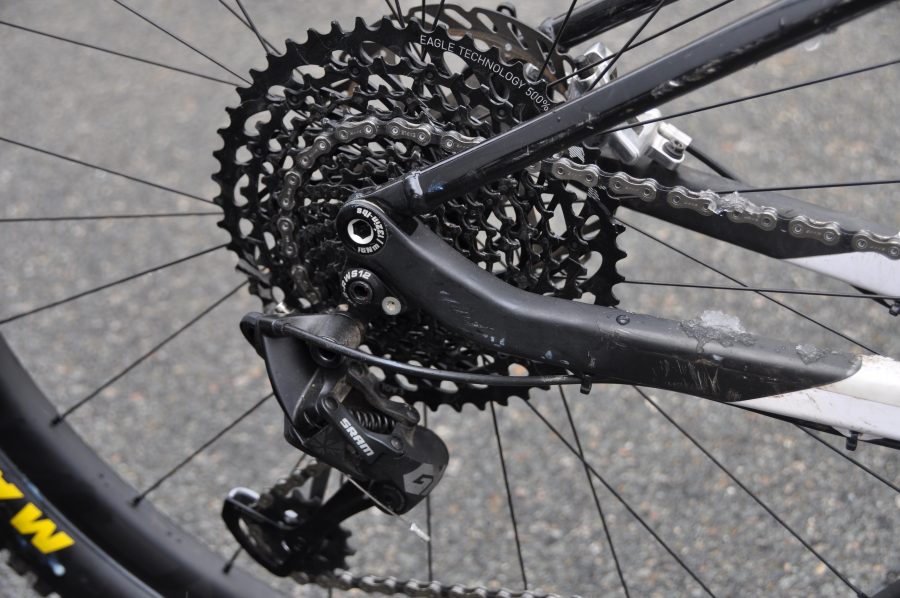 But do I have the same gear range? That’s probably the most critical consideration for potential converts. The answer is an unequivocal “almost:” The gear range for Eagle’s 10-50t cassettes and a typical 32 ring is narrow by a miniscule amount versus the range of similar-level Shimano 2x groups and most riders will never notice (remember, many gear combos on 2x are “redundant” – when the same ratio is hit using the big or small ring and their respective cog). Cogs on 2x systems are generally closer, so riders may feel a more noticeable difference between gears with each shift with 1x, but then again, at some point 2x riders will run out of gears on one ring and then have to shift front and rear to hit the optimal cadence again.

Finally, maintenance is another, albeit less critical, benefit of 1x systems. While the original setup of the rear derailleur requires more precision because of the wider shifting range, once set, it stayed reliable throughout our test — other than the usual minor barrel adjustments. But many shifting issues occur in the front anyway, and riders often find themselves wishing they had more micro-adjustability on 2x systems. Most require putting the bike in a stand and dialing it there. This of course is never an issue with 1x.

While there are certainly some cons with 1×12 systems, we found the major cons with the GX exist primarily when compared to XX and X01 Eagle, not against 1×11 or 2x systems. Ironically, we find the only major issue with 1x systems in general is not a lack of climbing gearing, but a lack of hammering and/or downhill gearing. This is clearly an issue particular to a narrow group of riders: marathoners and XC riders whose courses have a lot of long flat sections and/or particularly smooth downhill sections, and perhaps enduro riders with smoother descending sections. Most of us however will never really notice this issue, and in the rare instance that we do, we tend to enjoy the break in pedaling! Besides, slapping a 34t ring on the front will take care of that issue quickly and easily. 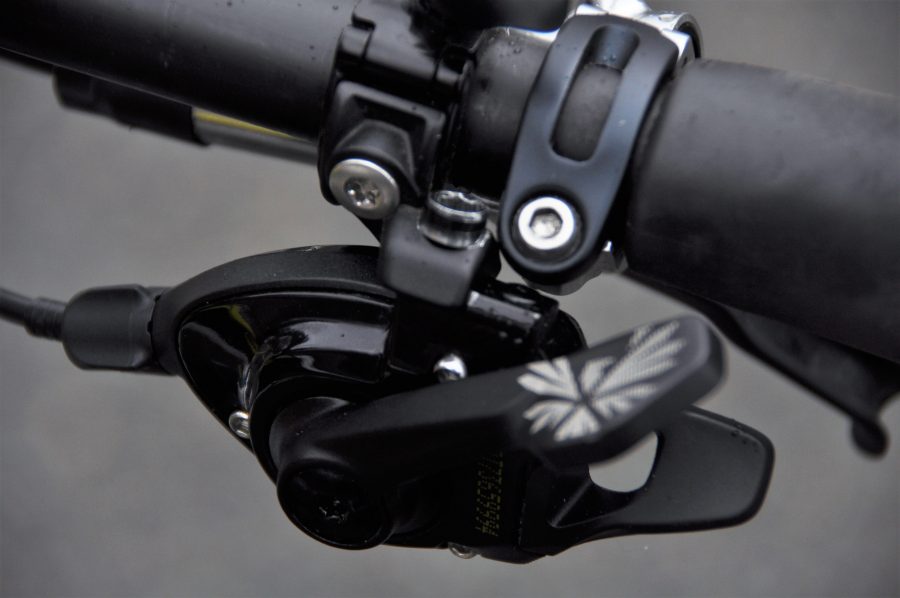 Versus the XX1 and XO1 versions, however, the differences are clear, and mainly come down to weight and stiffness. In just the cassette alone, XX1 will save you almost 100g from the GX’s 450g weight. And similarly, the GX crankset weighs almost 200g more. Add to that the considerably decreased stiffness versus those higher-end groups, and the decreased efficiency will definitely be noticeable. Plus, while we haven’t been able to ride it quite long enough yet, the GX cassette seems to have a lot of connections that may – stress “may” – become looser over time, further decreasing efficiency. The XX1 and XO1 cassettes are literally created by stamping a single piece of chromoly into shape. Another issue we’d like to see addressed is the play in the shifter, compared to comparable systems like Deore XT for instance. There’s too much distance between when the rider begins to push the lever to shift to an easier gear and when the cable engages with the derailleur spring. This is a small issue, to be sure, but it was noticeable and occasionally bothersome, especially in those quick-shift situations where immediacy is key to maintaining momentum.

We feel quite firmly that SRAM’s new GX Eagle group – with its very competitive price, excellent overall performance, higher clearance, respectable weight, simple setup and smooth, reliable operation – may put the final nail in the 2x and even 1×11 coffins, for all but those perimeter riders who either truly need the bigger ring for hammering smooth downhills or simply won’t accept that it’s just better. Rumors have been floating for a few years that Shimano will follow suit soon with their own 1×12-speed (or more?) group, and that will inevitably bring down pricing and improve competition and therefore ultimately the overall technology. Serious racers and ultra-distance riders may still want to save the weight with the two higher-end options, and enjoy the uber-precise performance of both, but we think the vast majority of riders would be absolutely thrilled with the GX level. And if you really want to improve your bike’s performance, save money by going with GX over the higher-end groups, and then upgrade your wheels – this is easiest and most significant upgrade a rider can do.  RIP front derailleur! 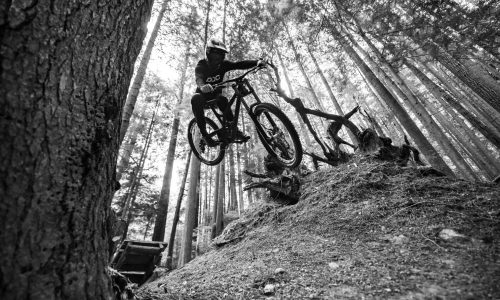 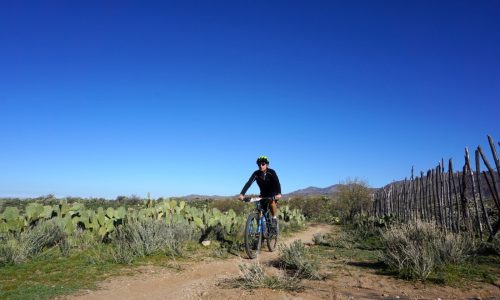