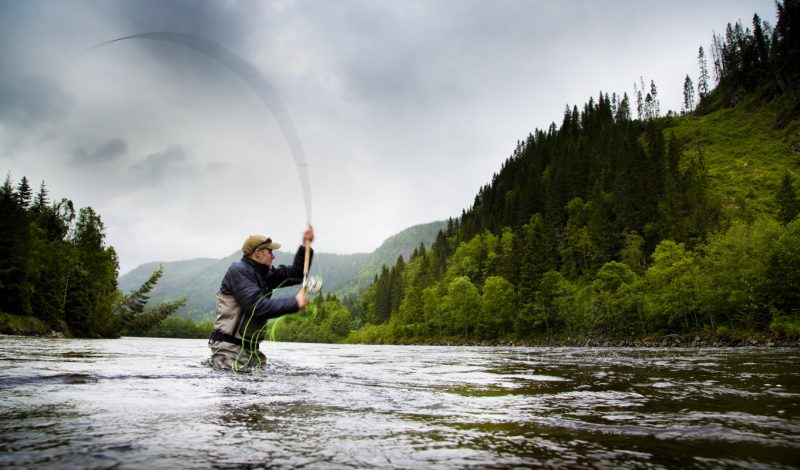 Traditionally, spey casters used the two-handed casting technique to target hard-to-reach fish like salmon and steelhead in broad, tree-lined rivers. Those fish tend to run deep, requiring the use of big, heavy flies swung in front of the fish.

Spey casting helps anglers cast those heavy flies a great distance when there’s little or no room for back casts.

Today, a growing movement has trout anglers adding new lightweight two-handed rods to their quiver of single-handed rods. The new trout spey market is decidedly ‘niche-y’ according to Redington Brand Manager Josh Prestin. “But in many situations, spey casting to trout can be the most effective means of reach them with a fly.”

The development of trout spey came gradually, and was driven in large part by the salmon and steelhead enthusiasts in the Pacific Northwest. The spey cast works perfectly on the deep, powerful rivers running through northwest forests, but steelhead are famously hard to catch even with the perfect gear – they are known as the ‘fish of a thousand casts” for a reason. So, steelhead fishers, having perfected their two-handed casting strokes, longed for the opportunity to catch more fish.

“Anglers who love pursuing steelhead clearly realize that is pretty limited – in the best years, the fish are hard to catch,” Prestin said. “In poor years, with limited seasons, anglers may not even put a fish in the net. Casting is fun, but catching is important, too. We wanted to take what we love and apply it to new situations.” 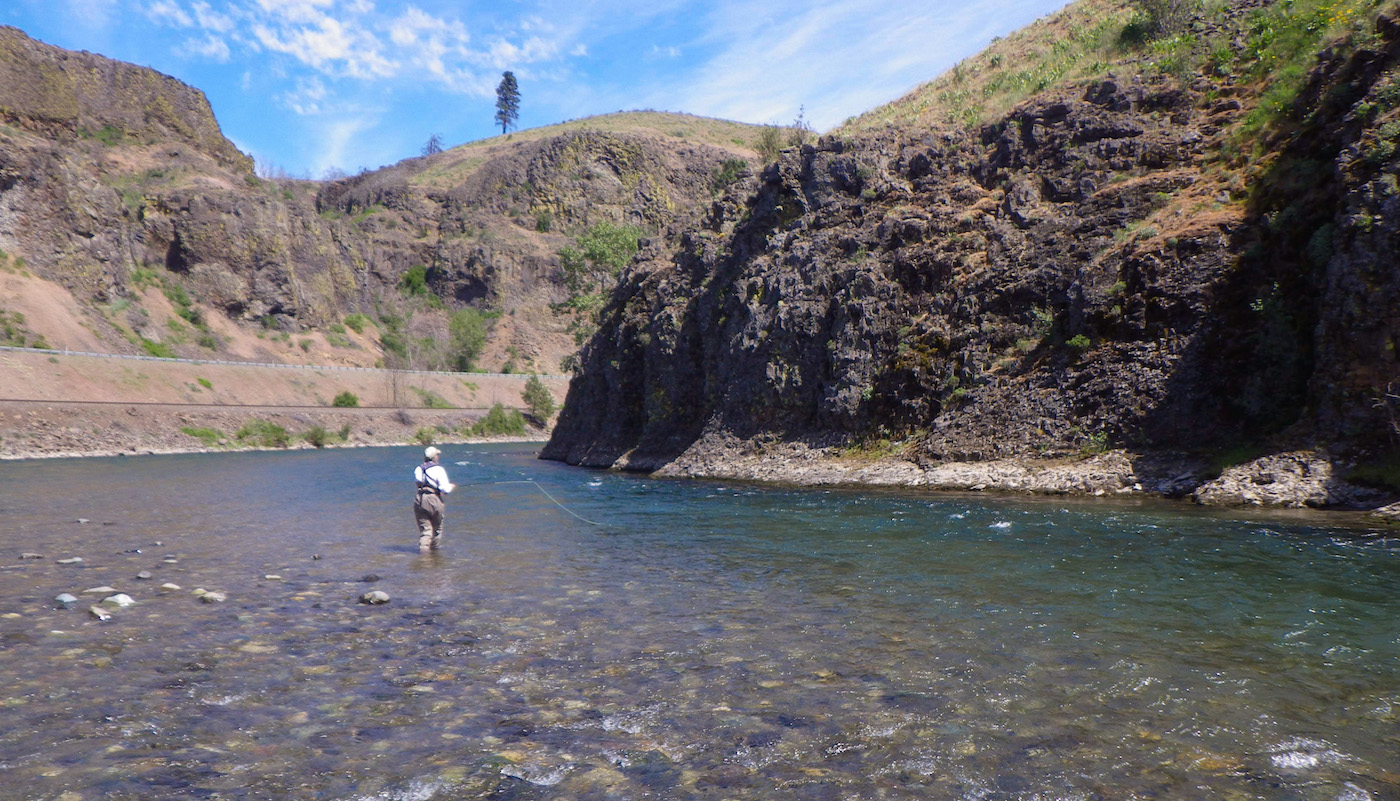 Lightweight spey rods – those in the 3-, 4-, and 5-wt range – can give steelhead anglers the chance to enjoy their preferred casting action while catching a lot of fish.

For classic single-hand casters who want to enjoy a new experience, spey casting provides an opportunity to extend their fishing in new ways. According to Prestin, trout spey rods can deliver a big, heavier streamer to a 24-inch trout. With single-hand rods, you’d normally need an 8-wt rod to reach that fish with a fly that size, but with spey, you get the thrill of hooking big, lunker fish with a 4-wt or 5-wt rod.

The spey method also gives anglers a chance to catch fish that would be difficult or impossible to reach with classic single-hand rods. The spey cast keeps the line in front of the angler for the most part, eliminating the need for vast back casting clearance for a 50- or 60-foot cast.

Learning the spey cast requires classic fly fishers to ‘unlearn’ some of their single-hand practices. “Many good single-handed casters have an overwhelming urge to apply power on their top hand during a spey cast,” Prestin said. “I prefer to teach complete novices, because they have nothing to unlearn. But if you under the motions and the physics of the spey cast, it can be easily learned by any angler.”

Best of all, Prestin notes, is that even imperfect casts can produce fish. “It’s the coolest thing from a learning perspective. You’re quartering downstream to cast, so if you get it out there in any cast, even a very imperfect presentation is still going to fish.”

The set up for a spey fishing is similar to classic single-hand fly fishing. The spey rod, though, is longer, usually 11 feet to 14 feet in length (note that Switch rods are also cast spey-style but are usually a little shorter than spey rods – 10 feet to 12 feet typically).

A standard reel is set up with backing just like a classic rig. But instead of a single fly line, the spey rig starts with a ‘shooting line’ (sometimes called a ‘running line’). This is usually a length – commonly, 100 feet – of straight diameter fly line. At the end of the shooting line, a casting head is attached. The casting head is a short but heavy, tapered line –10 feet to 20 feet – that provides the ‘punch’ in a spey cast. A short leader is attached to the shooting head, or sometimes a section of sinking line is added before the leader if the goal is to get your streamer or wet fly deep. 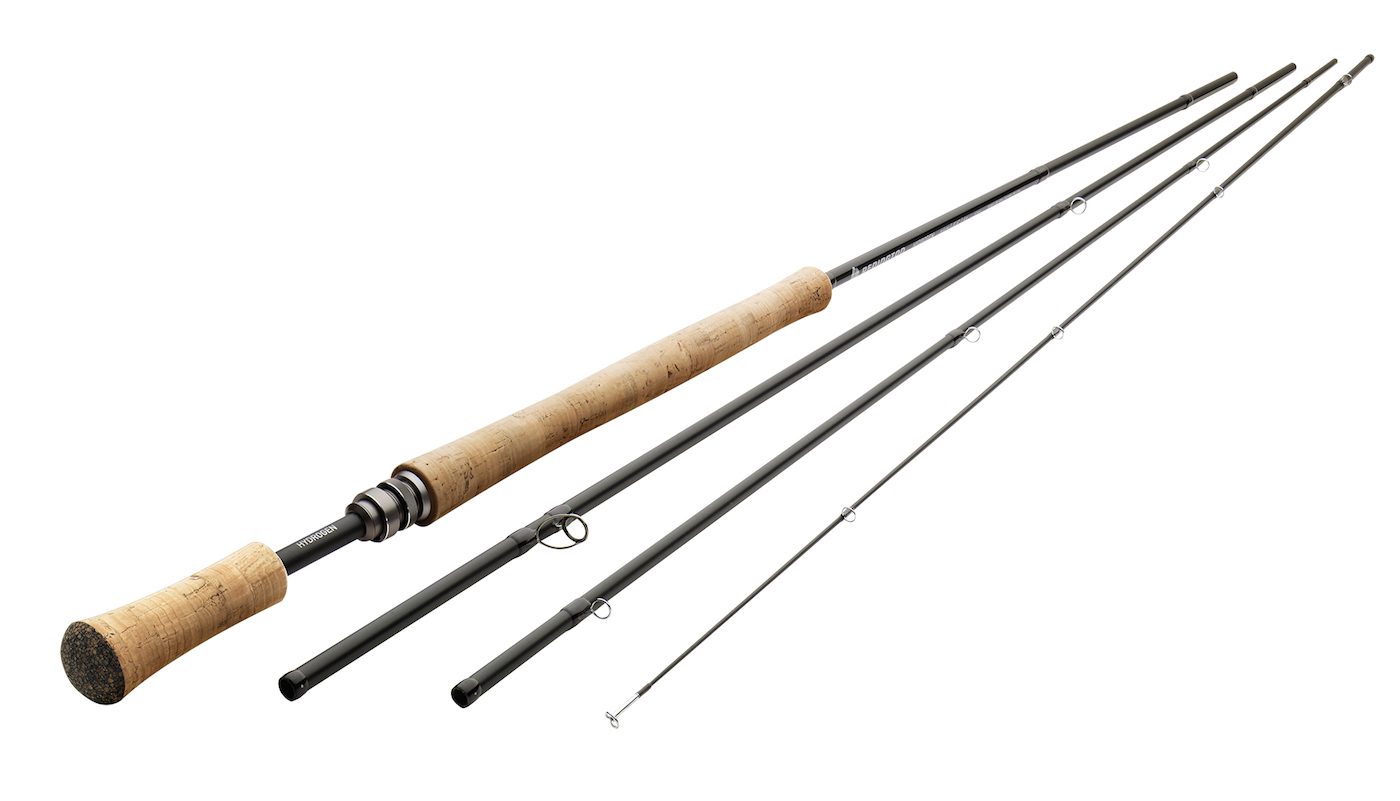 We checked out a few different set-ups and found a couple great options for trout spey anglers. For Novice two-hand casters, the Redington Hydrogen 4116-4 ($350) proved a great rod for both novices and advanced anglers. The medium-fast action of this 11 foot, 6 inch 4-weight is forgiving enough for first-timers, while advanced casters will like the deliberate line control and accuracy of the rod.

As a recent convert to trout spey fishing, I found the Hydrogen’s modest length (for a spey rod) and medium action perfectly suited to my needs. After a bit of practice under the tutelage of a local trout guide/friend, I was able to accurately cast heavy streamers to voracious trout on the Yakima River. I later found that the spey cast helped me reach elusive trout well out in the middle of remote mountain lakes in the Washington Cascades. These lakes frequently sport heavy brush and forest growth along their shores, limiting back casting space. So the spey cast proved highly beneficial in getting dry flies out to fish rising far from shore. 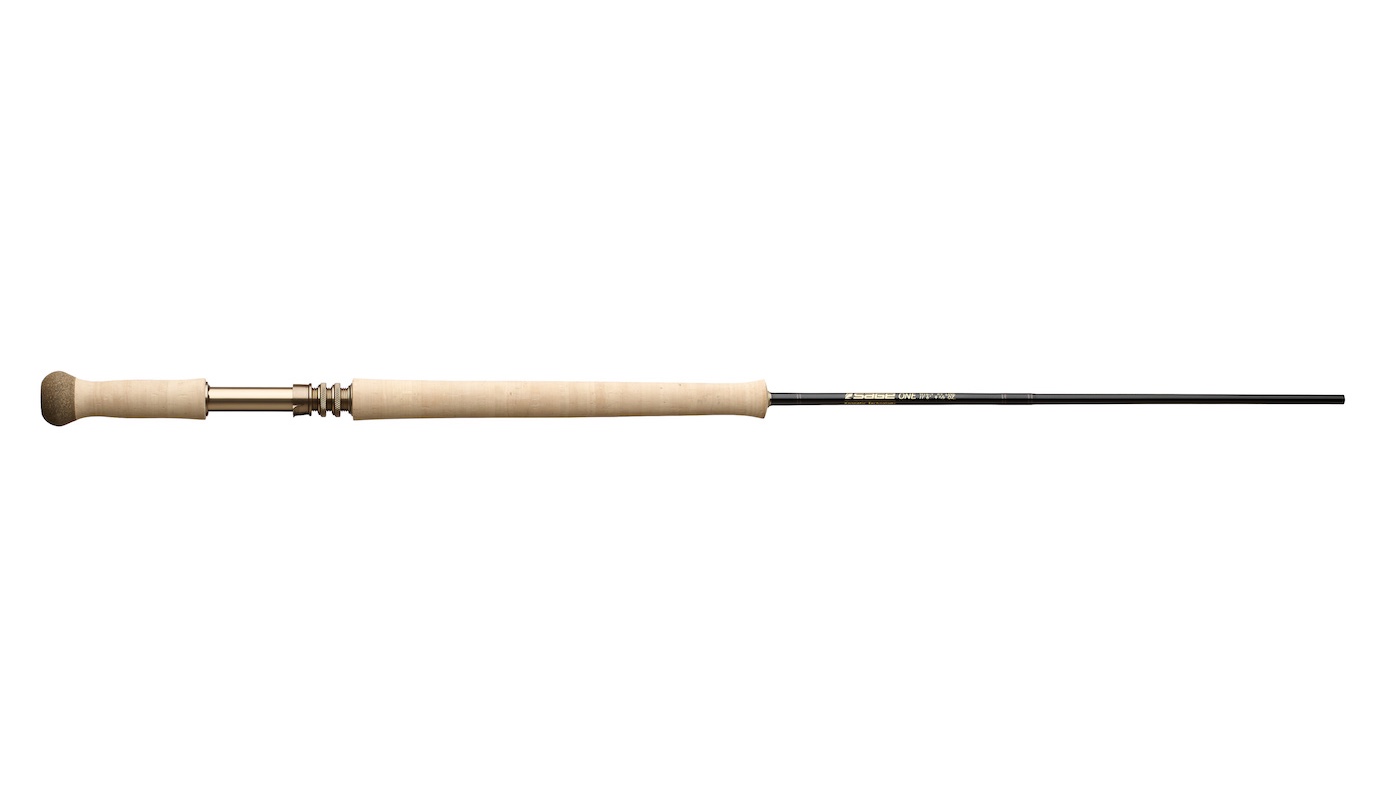 For steelheaders stepping back into trout waters, the Sage One 5116-4 ($950) excels. Its fast-action build can power a line through strong winds, and deliver heavy weighted streamers well out across big rivers. It also has enough touch to toss dries to rising fish. This lightweight rod has enough backbone, though, to also be an effective tool in pursuing summer steelhead. It also worked well when chasing landlocked sockeye salmon – a.k.a. kokanees – in northern Idaho reservoirs and rivers.

Medium to large arbor reels, such as the Redington Rise III or Sage Spectrum LT, work perfectly with the long spey lines. For general purpose trout spey fishing, we found a standard 20-pound backing was prefect, with a Rio ConnectCore Shooting Line attached. The ConnectCore 0.026”/15-pound coated line resists stretching and provides good line control during the cast, and the drift. Both ends of the ConnectCore sport large loops, so shooting heads and even whole reel spools can be passed through for loop-to-loop connection.

Check out more of our fishing gear reviews including waders, rods, reels, boots and more.