SOG Rethinks the Multitool for the 21st Century 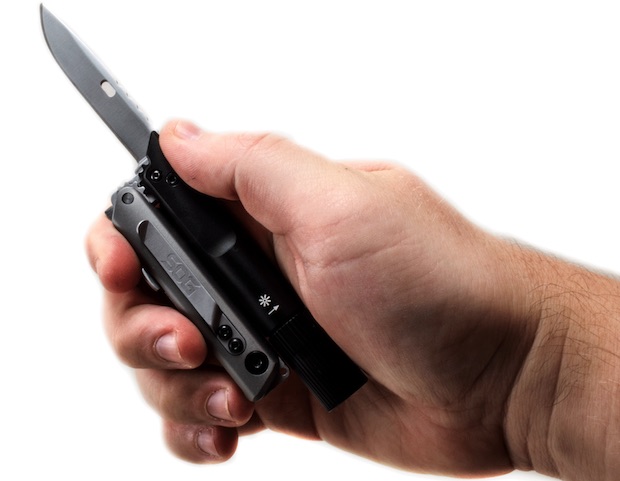 In 1983, “Return of the Jedi” ruled the box office, Metallica exploded onto the music scene with “Kill ‘Em All” and an engineer from Oregon who had the idea to make a “boy scout knife with pliers” launched the first ever multitool. All three of these things would be imitated, innovated, and expanded upon over the years – but the Leatherman multitool really set the stage for handymen, outdoor enthusiasts, and weekend warriors to the point that today, they are a daily necessity for a lot of people.

But somewhere in the 1990’s, the physical form of the pocket multitool hit a plateau. Though there were deviations from the norm, the traditional pocket tool was either pliers or scissors centric. Because of this designs were generally constrained to a tool based on two arms that would collapse parallel to one another. Recognizing this fact and realizing that sales were still on the rise, industry titans like Leatherman, Gerber, SOG, and Victorinox shifted their focus from design to innovation and adaptability. They would continue to launch new multitools that featured expanded capabilities and utilized new and premium materials that made them hardier and more adaptable, while sticking to their bread and butter design.

Last summer, at Outdoor Retailer, I was shuffled behind a curtain by top SOG brass at their booth. There, hidden from the view of any who passed by, a Pelican case was presented to me filled with functioning prototypes of what would become the next evolution in the multitool world. These mock-ups, which would eventually morph into the Baton line of multitools, were a fresh take on the pliered multitool made for the modern handyperson. In both form and function, they were sleek and innovative; lacking the bulk so commonly associated with these products. Even in their prototype form they moved and worked as if they lived on a string of ball bearings and had been dipped in WD-40. I walked out of the booth that afternoon sworn to secrecy, but splitting at the seams with excitement and wonder.

Officially announced this morning at SHOT show in Las Vegas, the Baton series was created in conjunction with global design and innovation firm IDEO, who for thirty years has been assisting companies throughout different markets to drastically change their product line, while preserving or expanding their overall function. In essence, their job was to change the tool enough to make it look radically different, but maintain a familiar feel and function when in use. It’s safe to say that this collaboration was a homerun, because the end result is a series of four tools that address the needs of the modern person working and playing in modern society.

All four Baton models are still centered around a two-arm/primary tool design, but in their closed position they nest above one another instead of side by side. In the end, the user has a sleek and modern, multitool that takes up about as much room as a Sharpie marker in their pocket when stored. 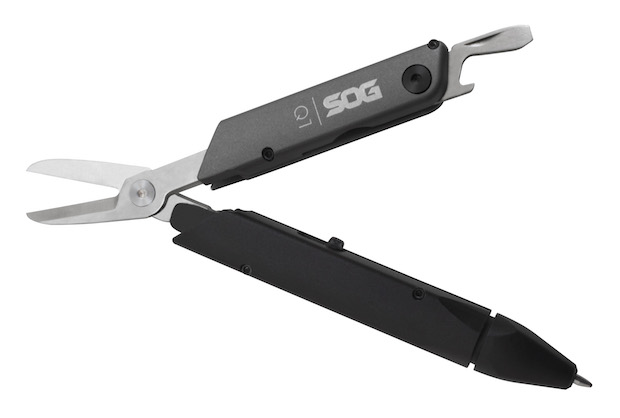 Baton Q1, $54 USD (The Office Tool)
Coming in at 2.4 ounces, the Q1 is the most minimal of the Baton series. It features scissors as the primary tool, a bottle opener, flathead – and as a new innovation in the industry – a pen. It has a built-in pocket clip for easy storage and access too. 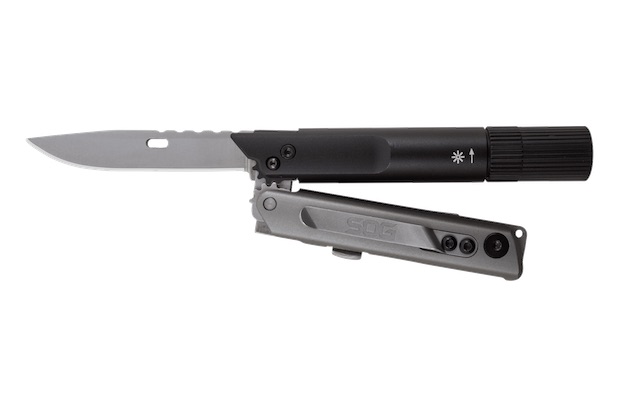 Baton Q2, $67 USD (The Urban EDC Tool)
A larger version of the Q1, the Q2 has a straight edge blade in place of the scissors, an LED flashlight in place of the Q1’s pen, a bottle opener and a flathead screwdriver. 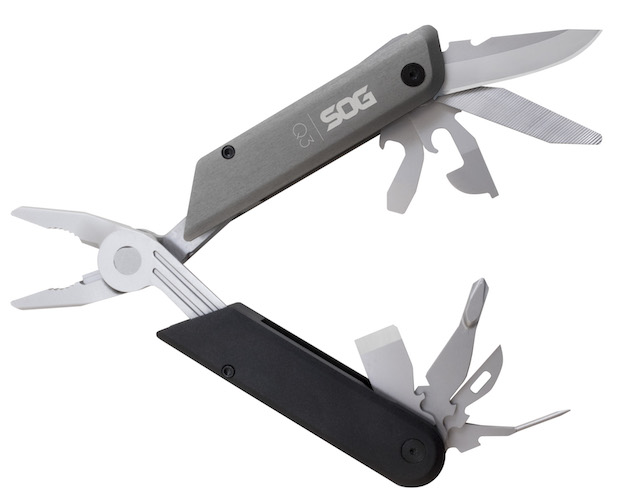 Baton Q3, $94 USD (The Basic Outdoor Tool)
Sized a little bit larger than the Q1, the Q3 is the first pliered multitool in the Baton lineup. Along with the heavy-duty pliers that feature wire cutters, there is a knife blade, file, can opener, small flathead, bottle opener, medium flathead, awl, chisel, Phillips head, and large flathead screwdriver. 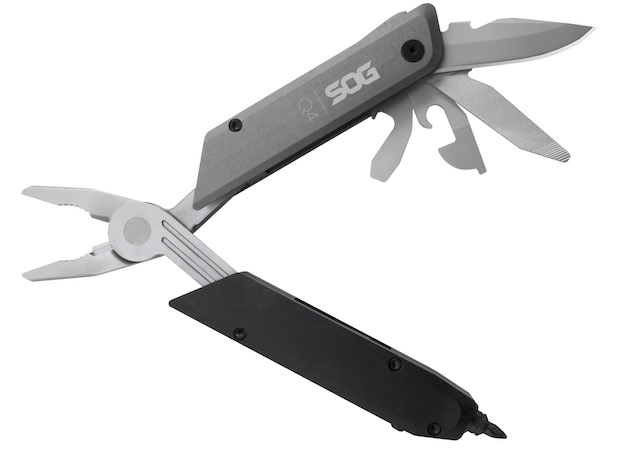 Baton Q4, $120 USD (The Deluxe Outdoor Tool)
The older brother of the Q3, the Baton Q4 drops the chisel, awl, large flathead, and Phillips Head screwdrivers; replacing them with a bit driver and a separate 12-bit bit set. If there was one tool in the Baton line-up aimed at the outdoor enthusiast – this is it.

In terms of design and innovation, the multitool market has been somewhat flat over the past few years. With the Baton series of tools, SOG wasn’t looking to replace the tried and true, traditional design of the multitool. In fact, they’re launching two new traditional multitools alongside the Baton series this year. But with this new line of tools, SOG’s intent was to create something that reflected the modern world – and the needs of the people in it.

Most of us split our time between the office and the outdoors and within our different roles we require different tools. Looking at the variety of functions, and intended target customers – evident in both the form and function of the four Baton tools – SOG has taken this into consideration and created a line up for the next generation. Their sleek designs let the Q1, Q2, Q3, and Q4 tuck away in the pocket of your pants, suit jacket, or pack and when coupled with their lightweight build, they can go virtually unnoticed until needed.

I should have samples of the Q Series in the coming months and will test them to the extreme like I do all of the products sent my way. Since they were just announced today (1/17/17), I would expect that they’ll hit the market in the next couple of months. Stay tuned.