Who can afford a new bike every year? Not me, and writing about bikes is my job. Luckily there are several ways to make your bike look, and ride, like new.

Replace your drivetrain (or at least your chain)

Drivetrains are expensive and will last a fairly long time when properly maintained, but they won’t last forever. Chains wear out the fastest, after approximately 3,000 miles. The more you ride on a chain, the more it stretches, which wears down the rest of your components that much faster. The best way to check chain wear is with a simple tool like Park Tool’s chain checker. 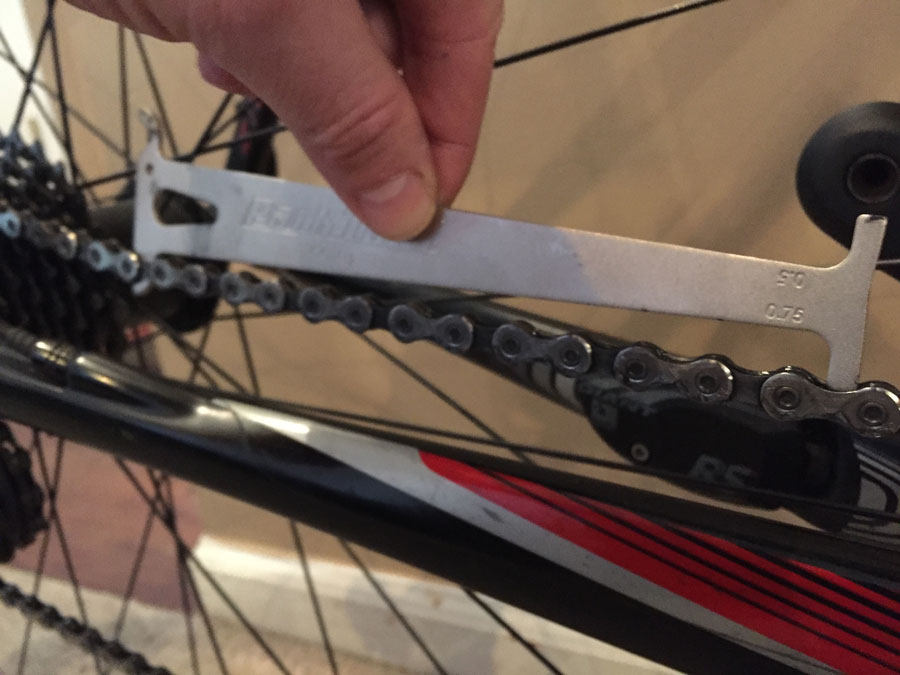 When you replace the chain, run through your different gears. If it skips around on your most heavily used gears, you need a new cassette. Another easy way to determine if your cassette is worn is to pull the rear brake while pushing down on the pedals. If the new chain wants to climb up the teeth, replace it. From there, look at your chainrings. If they’re starting to look like sharkfins, break out the credit card. Always replace your chain sooner than later. Better to spend up to $35 for a new chain rather than hundreds on a whole new drivetrain.

Not only will a new – or at least clean – drivetrain look great, but it will pay off performance-wise as well. Your bike will pedal smoother, and according to Friction Facts’ Jason Smith, a properly lubed chain and drivetrain will add at least four percent to your pedaling efficiency and power.

Just like your drivetrain, cables and housing wear out slowly over time, and it’s often difficult to notice just how bad they’ve gotten until you replace them. Rear derailleur cables should almost always be replaced on an annual basis, but I typically replace both my derailleur and brake cables and housings at the start of each season. You can reuse the housing, but if there’s corrosion or breakage somewhere in the housing, it’s just going to play havoc with the new cables. Shimano makes cable and housing kits in a rainbow of colors to match your bike, so it’s also a great way to add an unexpected splash of color. 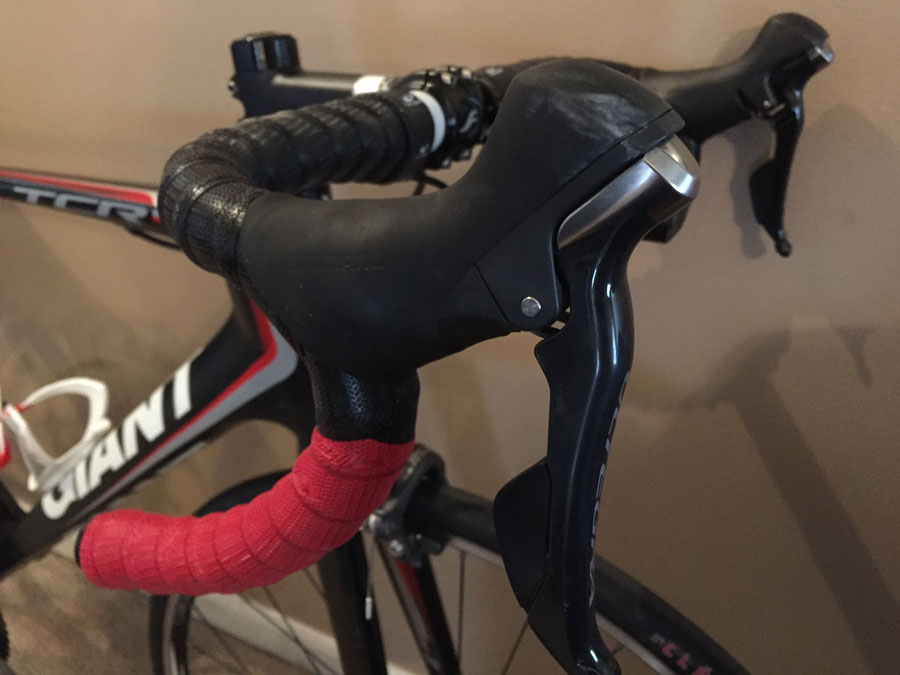 When it comes to giving your bike a new look, bar tape provides the most bang-for-your-buck. I replace my tape at the beginning of each season. Some riders go with white bar tape, which really pops on most bikes and gives that pro look. White tape looks awesome…for about a week. But after a few hard rides, it can start to look dingy and can be a massive hassle to clean. A better and easier way to go is with a bold design or multi-colored tape. Lizard Skins’ DSP 2.5 Dual Color Tape is thick enough to give some shock absorption with a great tacky feel. It also comes in dual colors, so the top of your bars will be a different color than the bottom. It’s sure to garner jealous stares from your riding buddies.

Fresh rubber has a lot of benefits – better grip and more puncture resistance chief among them. For years I swore by Continental Grand Prix 4000S II tires, but for the past two seasons, I’ve been riding Clement Strada LGGs that offer similar performance, but cost a little less. The Clements have a bit more of a textured tread around the center of the tire, but not enough to negatively impact rolling resistance. In the unlikely event I haven’t had a flat the preceding year, I’ll usually swap out the tubes as well and throw one of the old tubes in my saddlebag as a spare. 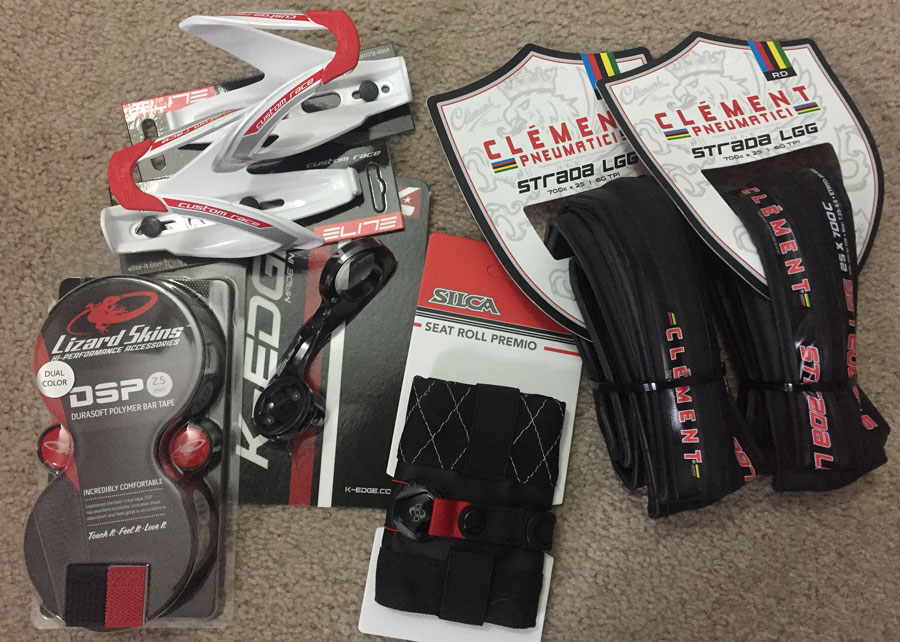 We tend to overlook accessories on the bike, not noticing when they start to get filthy and grimy. At the start of the year, the Velcro on my old seat bag was held together by a twist-tie I found on the roadside, and one of my ancient carbon bottle cages had a cracked bottom, so I splurged on a new Silca Premio tool roll with a nifty Boa-enclosure and bright-white Elite plastic bottle cages. I was amazed how just those two little changes transformed the look of my bike. 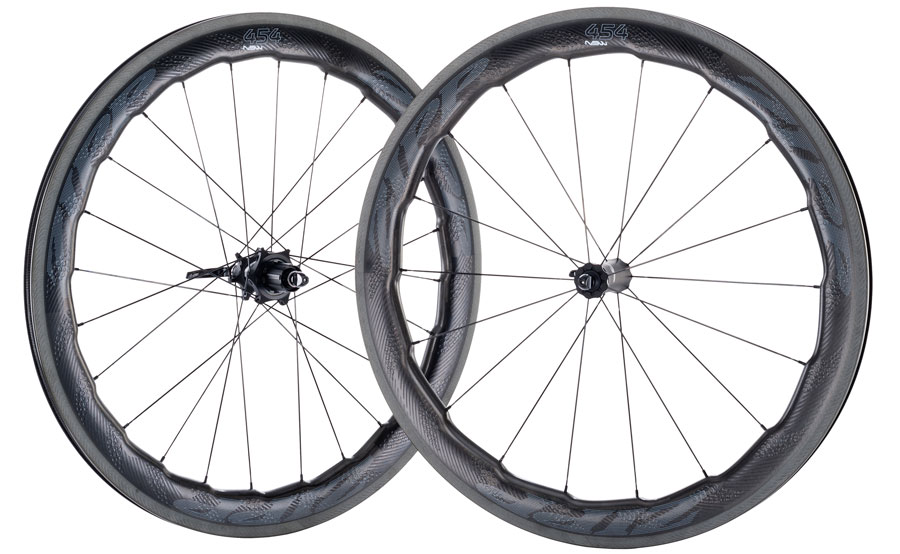 Performance-wise, few upgrades offer as much of a noticeable difference as a new wheelset. And when it comes to looks, new hoops are definite eye-turners. But price can be an issue, particularly for riders and writers like me who aren’t flush with cash. Stock wheelsets can be heavy, more easily broken, and accelerate slowly because manufacturers know many serious riders already own a nice set of wheels they’ll throw on the bike or will upgrade within a year. So it doesn’t make sense to include a higher-end wheelset that will end up gathering dust in the garage.

At $4,000, the new Zipp 454 NSW wheels are nearly a grand more than an Ultegra-equipped Giant TCR Advanced Pro 1. For higher-category racers with extra cash in their pocket, the 454s could be a game changer. But for the occasional competitor wanting to retake a Strava KOM and look good doing it, a set of new, but older, Zipp 404s will give most of the same aerodynamics and performance benefits at half the price.