The irony of fly fishing is that after working hard to catch fish, conscientious anglers work equally hard to release them with little or no injury.

The practice of catch-and-release fishing helps protect the robust health of a fishery, thus ensuring anglers will be able to continue to pursue their sport in the future. The safe, damage-free release of fish starts with the way it is caught.

Many waters enjoyed by fly fishers are managed with “selective gear rules” in place. Those rules restrict anglers to the use of single-barbless hooks for their terminal gear to keep fish from being injured, as they would be from the use of aggressive barbs on triple-threat treble hooks. 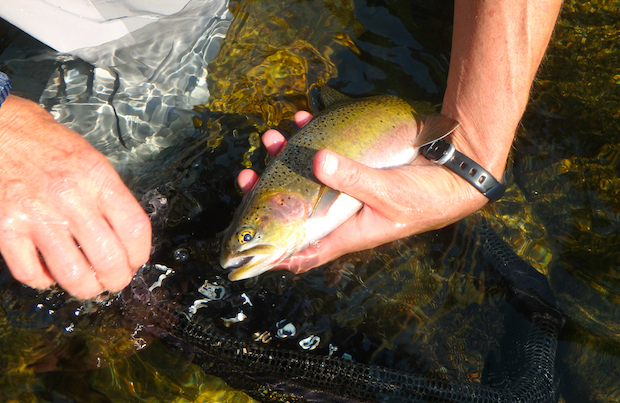 Once hooked, fish should be quickly and efficiently brought in and captured with a net. This reduces the stress on the fish during the retrieve and minimizes handling during the release. While some handling is required to remove the fly, the fish should be held gently underwater while doing so. “Keep ‘em wet” is the mantra for a safe release.

To further reduce injury, anglers can utilize one of the many tools available to help quickly remove the hook from the fish’s mouth. 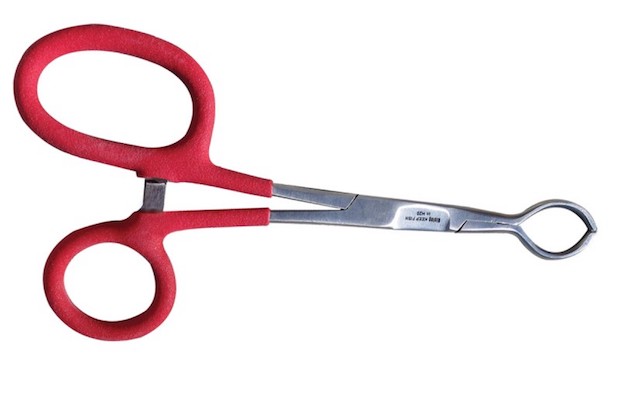 Most fly fishers carry forceps of some kind for a variety of applications. They hold tiny flies while tying them onto the tippet. They crush barbs off hooks, and they help extract those hooks from fish lips after a catch.

The Rising Fish BT Crocodiles add a twist to the traditional forceps though — a full 360-degree twist. The jaws open to display a half-loop at the end of each jaw. When the forceps are clipped shut, a tightly closed loop is formed at the end of the tool. To use this for fly removal, simply position the loop sections around the tippet, clip it shut and slide the loop down the line, over the fly. The loop will press into the bend of the hook, allowing you to back the hook point out of the fish for a clean removal. The loop section is also magnetized to help hold the fly securely as you lift it clear.

In addition to the end loop, the BT Crocodiles offer a small scissors section on the jaws, allowing anglers to trim knot tag-ends, shape damaged hackles, and cut off flies being changed out. And the heavy jaw section just in front of the scissor section is powerful enough to crush barbs on even the burliest flies. risingfish.net | $20 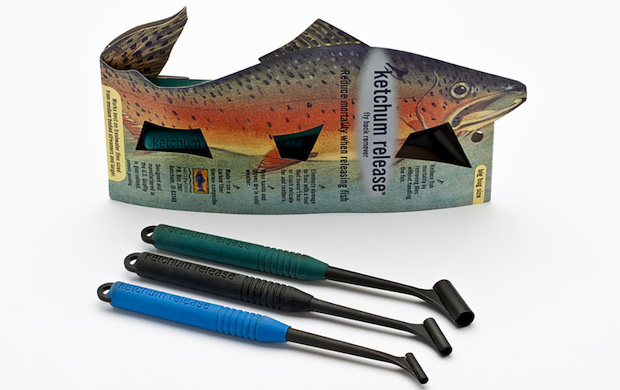 Standard needle-nosed pliers and forceps can help remove flies, but clamping those tools onto small flies can destroy delicate hackles and threads, rendering them unusable. The Ketchum Release was developed specifically to aid in the efficient removal of hooks while simultaneously protecting the fly being removed.

The Ketchum’s concept is simple: Slip the tool’s small slit-tube onto the tippet above the fly, then slide the tube down over the fly into the fish’s mouth. Push the tube further down so the tube pushes against the hook bend, sliding the hook out of the fish lip. Release the fish and then extract the fly from the Ketchum Release where it was cradled inside the protective tube.

The Ketchum Release is available in three sizes to handle every type of fly from tiny midges to big hopper patterns. waterworks-lamson.com | $20