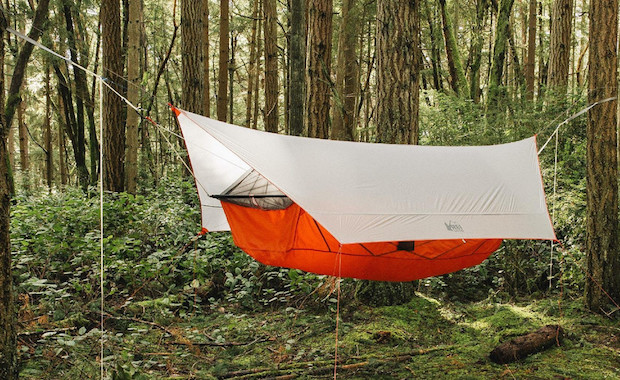 REI has been making their own branded clothing and equipment for a while now, but in the course of the past few years there seems to be more marketing and focus around these products. In 2015, REI launched evrgrn, a line of products designed to appeal to the outdoorsy-urbanite crowd, while also introducing a new version of their classic Hobitat and Kingdom tents. You heard more about the former than the latter, but for good reason – in a time where we’re seeing other retailers struggle, REI is passively stating, “we’re still here, we’re still viable, and we’re still your outfitter.”

That said, the evrgrn brand really didn’t hit it’s mark, and in the time since its introduction the company has heavily expanded its private brand selection of clothing and gear to the point where they currently have almost 700 REI-branded items for sale in store and online. It’s not just socks and bandana’s either; it’s a full line of tents, packs, sleeping bags, bikes, base layers, and more. In short, REI is still here for us, its still listening to what we want, and the retailer is still appealing to the whole outdoor demographic, not just a particular age group, activity, or region. 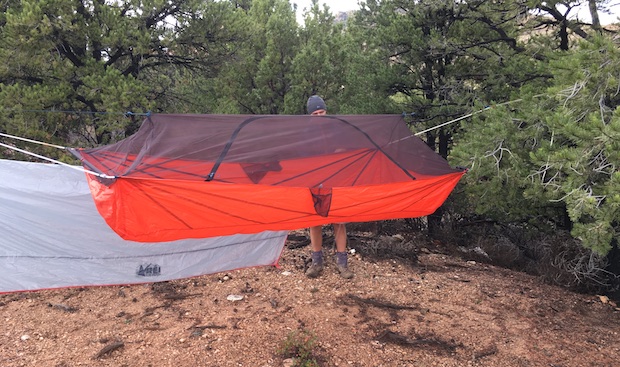 Earlier this week REI announced their “Quarter Dome Air Hammock,” a fully enclosed hammock system with a couple of poles for added rigidity. Based off of their Quarter Dome product line, the Air Hammock has a capacity of 250 lbs, a trail weight of 3lbs 2oz, and is rated for three seasons. The approach – hanging a “tent” from trees like a hammock – isn’t new or revolutionary. We’ve seen other brands base their existence solely on these types of products in the past. But it is a big move for REI and for the “hammock life” in general. Let me explain.

I bought my first hammock at REI in Redwood City California in 2007. I bought it because it was there, on display, and it appealed to me on a nucleic level. In fact, REI was one of the places I first saw a complete line up of hammocks and hammock accessories displayed prominently and not tucked away in a corner or on a shelf. Early on, the company invested in the idea of the hammock life and picked up one of everything that ENO and Hennessey were putting out. Recently, its gone on to expand that offering to include products from Kammok and Nemo Equipment as well. Additionally they’ve embraced the need to stock the necessary accessories in store, so you’re not high and dry when you need to upgrade your straps as well. 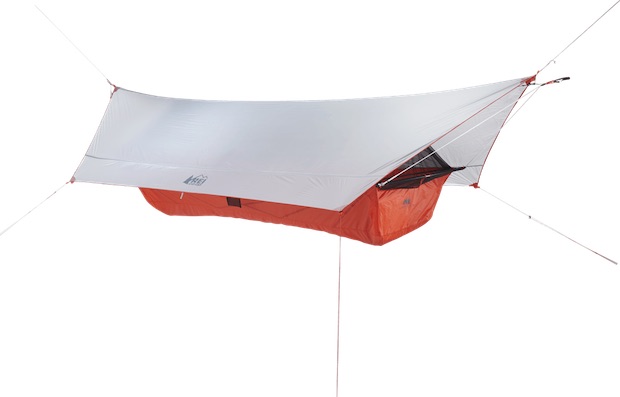 This Quarter Dome Air Hammock is another example that solidifies REI’s commitment to alternative shelters and the hammock life (can I trademark that? I feel I should). Hammocks are appealing because they’re (generally) lighter than a tent, take you off the cold ground, and can keep you safe from midnight prowlers. They originally appealed to minimalists and fast packers, but are now being employed by outdoor enthusiasts of all practices and approaches. Products like the Quarter Dome are evolutions that can feed the fire that is the hammock revolution that has been sweeping through the outdoor industry for the past few years. This product is a bit of a risk for REI. It could just as easily sink as it can soar, but it’s a big statement. This isn’t part of the usual suspects’ line up of packs, sleeping bags, socks, and bandanas. It’s a super-small market segment that REI has just invested in by launching this product.

REI has played a huge role in the rapid growth, success, and expansion of the hammock market. Will this Quarter Dome Air Hammock spike the fever in the hanging tent segment? Give it a couple of years – right now it’s still up in the air.