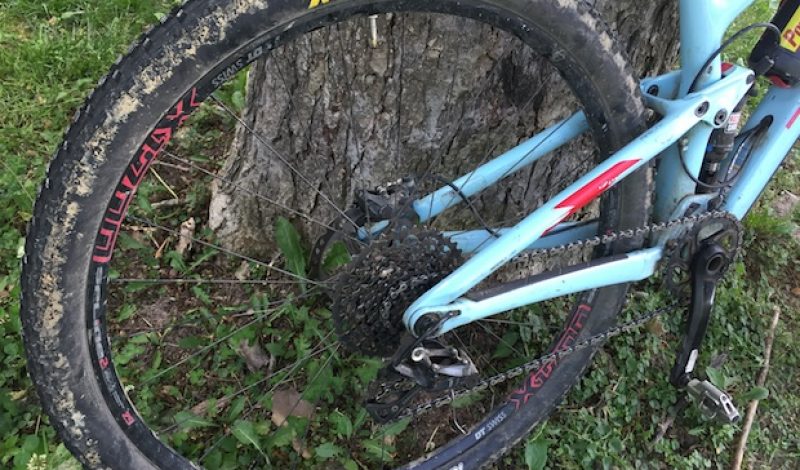 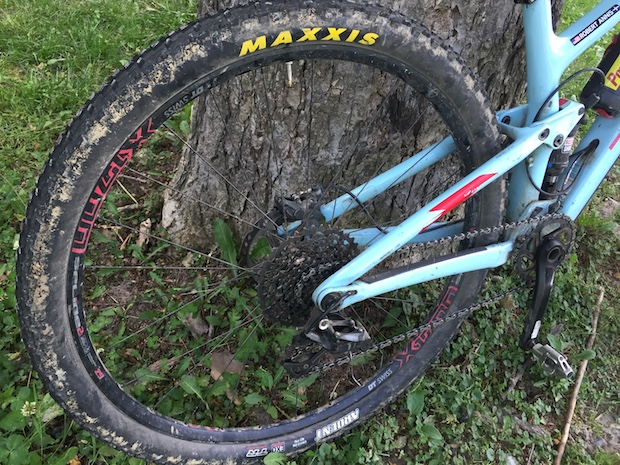 We’d just settled into our Airbnb in Brevard, North Carolina, when I realized I was going to have to make a quick trip to the bike shop. The stock Bontrager XR1 Team Issue tires on my Top Fuel were great for XC riding and racing in my Hoosier hometown, but weren’t going to cut it on the gnarly Pisgah singletrack we were going to be spending the next three days riding. Two hours later, I was slipping the beefy Maxxis Ardent tires onto my rims for the first time.

About a week or so prior, I did an informal poll among my riding buddies asking for their tire recommendations. More than half of them named the Ardent as their preferred choice, citing the aggressive tread with huge side nobs that really dig into the dirt and mud. A reinforced sidewall protects against sharp, pointy rocks.

I went with the 2.4-inch version of the tire on the front and 2.25-inch in the rear. For testing purposes, I went tubeless in the front with a 29-inch tube in the back. Installation was a breeze, particularly on the tubeless tire. I had no problem seating it into position, and it settled onto the bead on the very first try. I’m not sure if I’ve ever had an easier time installing tires. 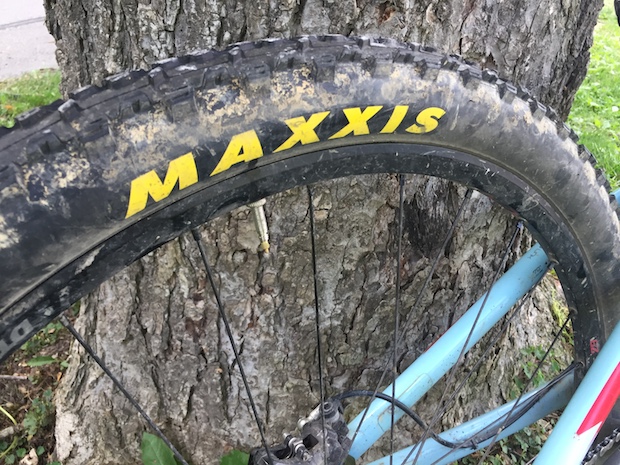 The Ardents weigh in at about 800 grams for the 2.25-inch tire, with an extra 50-gram penalty for the 2.4s, which are a bit lighter than the similar-sized Continental Trail Kings.

One warning: Before the first ride, I was forced to return the front tire because of a wobble; apparently the cut of the tread pattern was slightly off. The shop staff said they’ve had a few returns over the last year or so with the same issue. It probably wouldn’t have caused a major issue, but could have seriously set off any latent OCD tendencies in riders.

Going with a wider tire up front gave me a bit of extra stability and confidence, particularly while descending steep down hill sections and on the water bars found on the Daniel Trail. The improved traction was noticeable immediately. Whether I was rolling over rocks and roots, passing through creeks, or hitting a berm at top speed, the tires gripped as if I were riding on Velcro. It handled both loose dirt and wet mud with equal gusto, providing a nice sense of confidence along the way. 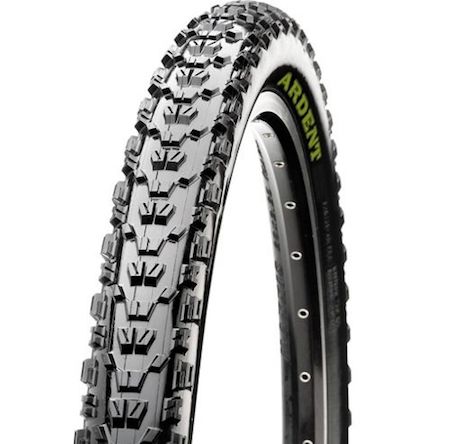 The Ardents are definitely more aggressive than most XC tires so there’s a trade off in terms of rolling resistance. But if you’re a rider who prefers to dive into turns and trust your tires to keep you upright, it’s definitely worth the sacrifice.

Available in a wide variety of sizes, the Ardent is designed to be a tire for all-mountain performance. They sell for $58.30. Find out more at Maxxis.com.