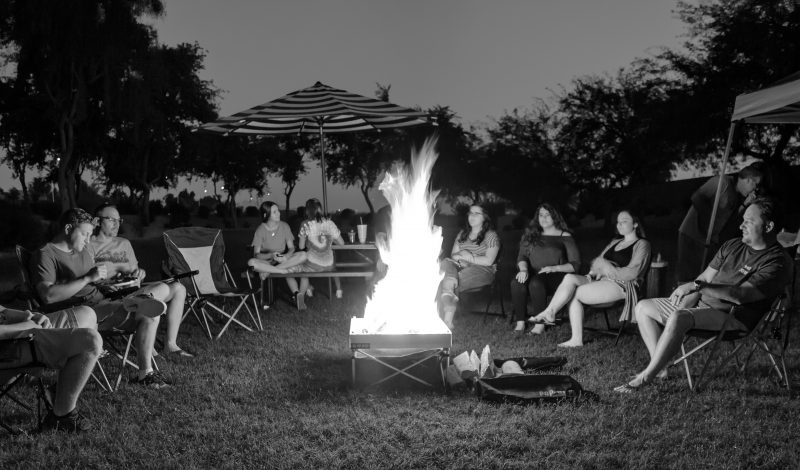 Nothing makes for a cozier camp than a crackling fire after the sun goes down. But fires can be problematic in the backcountry. Rock-lined fire pits leave an unnatural taint on the landscape, and worse, they increase the risks of fire escapement. That’s why rafters have, for years, used ‘fire pans’ to secure their fires and contain the resultant ashes.

The firepans traditionally used by boaters tend to be rigid and heavy steel contraptions that are cumbersome to pack and transport. But a better option is now available: The Pop-up Pit from Fireside Outdoor packs into a sleek bundle, just 27 inches long and 5 inches around. When unfolded and operational, the device features a 24-inch square firepan standing 15 inches off the ground. The Pop-up Pit features steel and aluminum construction for strength and durability with minimal weight (just a touch over 8 pounds). 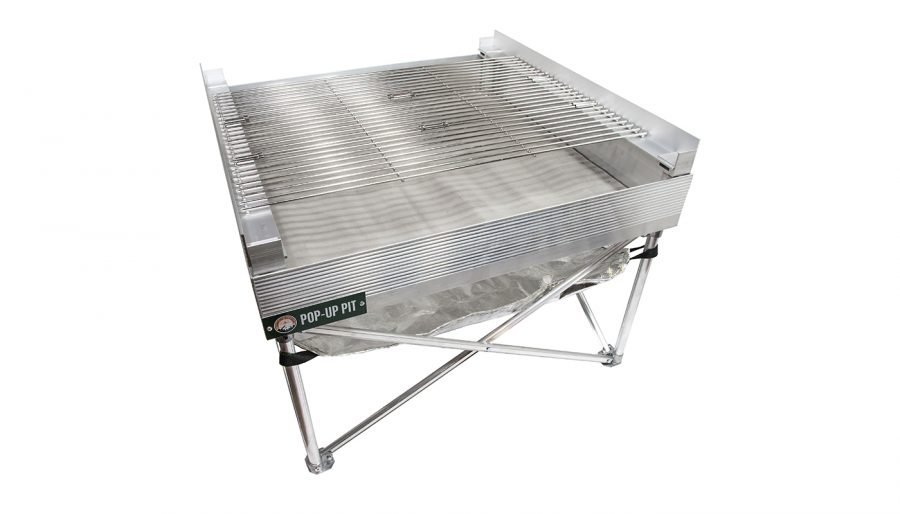 We found the ultrafine mesh deck of the fire pit helped create a hotter, cleaner fire than we were used to thanks to an increased flow of oxygen into the heart of the fire. This resulted in less smoke in campers’ eyes, and – come morning – less ash to bag and haul out.

We used the Pop-up Pit during a multiday float fishing trip down Montana’s Smith River, and while car camping on Idaho’s remote Kelly Creek. On the river, the fire pit was a blessing in that it minimized weight and volume in the boat. While car camping, the Pop-up helped ensure we had a safely contained and managed fire during the heat of summer, without wasting space in our heavily loaded SUV.

The Pop-up Pit sets up quickly: Just unfold the legs, pop on the side rails, and roll out of the deck. Because most of the components are aircraft-grade aluminum, the pit cools off quickly for a fast break-down as well. $99. Buy now 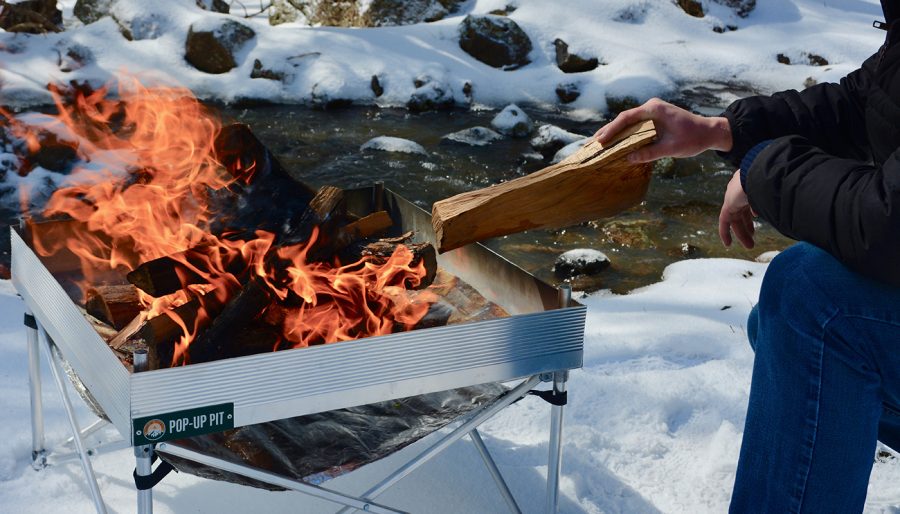