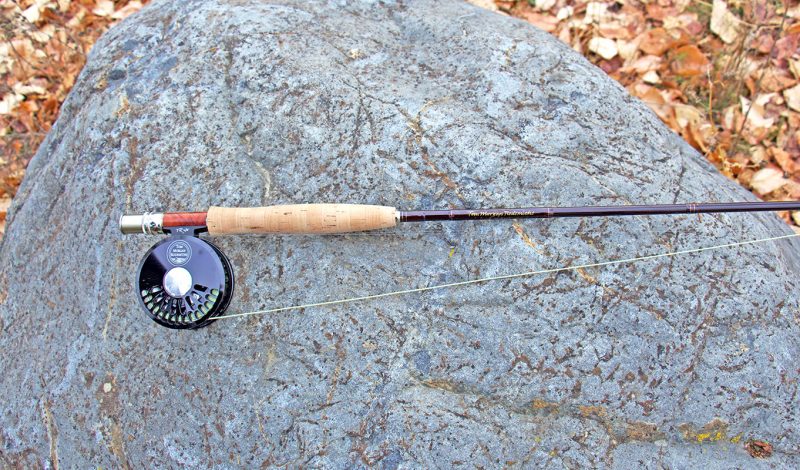 Though I’ve been fly fishing for 40 years, and writing about the sport for nearly 30, I never had the honor of meeting Tom Morgan in person. But, though the rod builder passed away in 2017, I now feel like I’ve just met the man.

Tom Morgan Rodsmiths continues to build fly rods – bamboo, fiberglass, and graphite –using the same techniques and, most importantly, the same philosophies that were employed by Morgan. The 9-foot 5-wt (available in 2- or 4-piece) seems to be imbued with the spirit of Mr. Morgan. The rod earned high praise from every angler we handed it to on the river, and received very high marks across the board from our core team of testers. 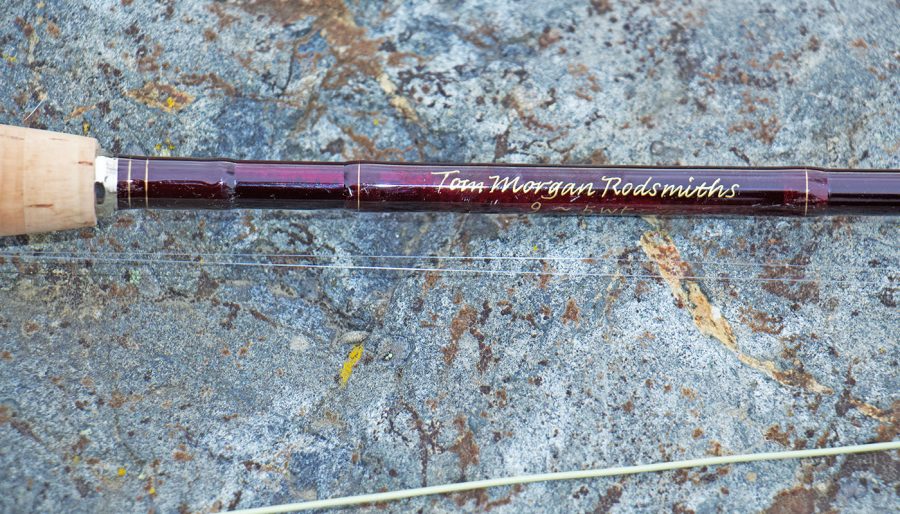 Tom Morgan started building rods in 1973 when he purchased the small fly rod company, R.L. Winston. At the time of purchase, Morgan had never built a rod, but he proved a quick study and soon was designing some of the most popular, best-performing rods on the water. Tom sold Winston in 1991 and soon after, started hand-making custom graphite rods under his own name, the Tom Morgan Rodsmiths Company. He soon added bamboo and later fiberglass rods to the production. When multiple sclerosis made it impossible for him to do the work on his own, his wife Gerri took over the actual rod building while Tom continued with design and development.

Morgan sold the company in 2016 to Joel Doub and Matt Barber, two life-long fly anglers committed to continuing the work Morgan started. Morgan continued to advise them until his passing in 2017.

Today, Tom Morgan Rodsmiths (TMR) produces graphite, bamboo, and fiberglass rods. Barber says that, like Morgan, they love bamboo rods, but graphite is really the heart of the company. “We’re so well known for bamboo that I think some people forgot we do graphite,” he said. “But Tom started as a rod builder by building graphite rods and that’s where he really excelled.”

With that in mind, we borrowed  5-wt to learn more about the company and its products. 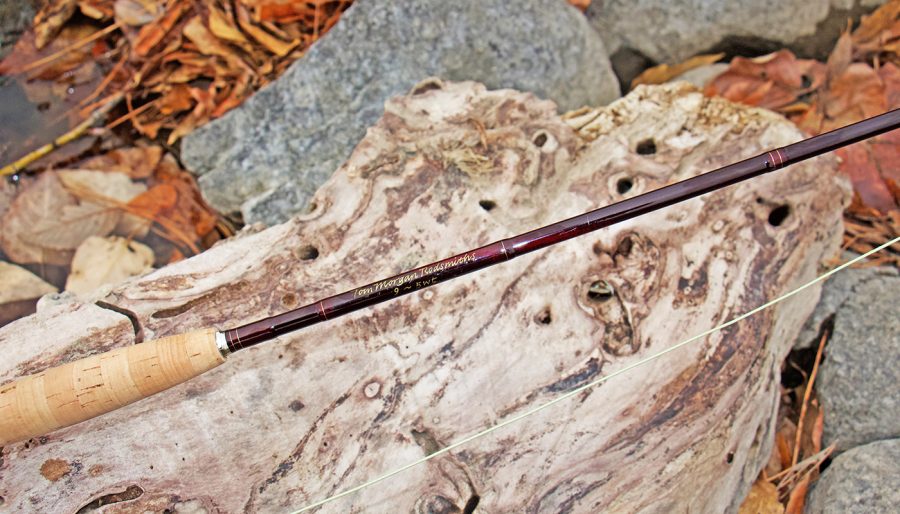 At first sight, a Tom Morgan rod grabs your attention. It is secured in a unique octagonal aluminum rod tube, powder-coated in a rich burgundy. That rod tube is packaged in a quilted sleeve bag. The rod itself is a deep garnet red with an agate-lined stripping guide and coated s-guides. 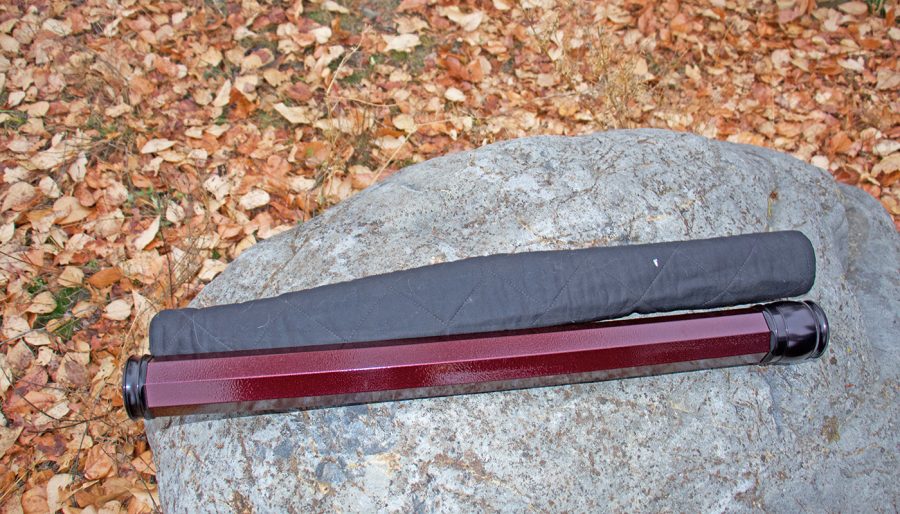 In action, the rod imparts a lot of ‘feel’ to the caster. Barber says they continue to design rods with Morgan’s philosophy firmly in mind. “Tom’s thought in crafting rods was that most good trout fishing happens within 50 feet.” So, like Tom, Barber and his team build rods that can cast accurately and efficiently in that range.

During outings on Washington’s Yakima River, we found that a 5-wt rod from TMR fit that bill perfectly. The rod’s moderate-fast action was sufficiently powerful to push line past that 50-foot mark without much effort, but the rod’s sweet spot was dropping dry flies within a 20- to 50-foot range. The rod’s accuracy was on par with nearly every other rod we’ve reviewed in recent years – only the Orvis Helios 3F offered a slight advantage in accuracy. But the TMR easily bested rods such as the Thomas and Thomas Zone or Winston Pure in accuracy, and in casting efficiency. They TMR rod loads smoothly and shoots line efficiently. We threw double-dry rigs into the wind (#10 October caddis and #16 BWOs) and could lay them gently on a seam at 45 feet without undue effort. We also cast weighted streamers and complex nymphing rigs (balloon indicator, heavy Pat’s stone, and unweighted hare’s ear). But though the TMR performed admirably on these tasks, it’s true nature comes out best when casting classic dry flies.

With a small #16 parachute Adams riding at the end of a 12-foot 6x leader, the TMR rod came alive. The rod handled 40+ foot casts cleanly, but even with that amount of line out, we could drop that small fly with barely a ripple on the water. That helped hook skittish trout in late autumn. Once a fish was hooked, the TMR earned additional praise. The soft rod tip protected those delicate tippets and prevent loss of the fish. The rod offers plenty of backbone under that tip, though, to help bring in hard-fighting fish. 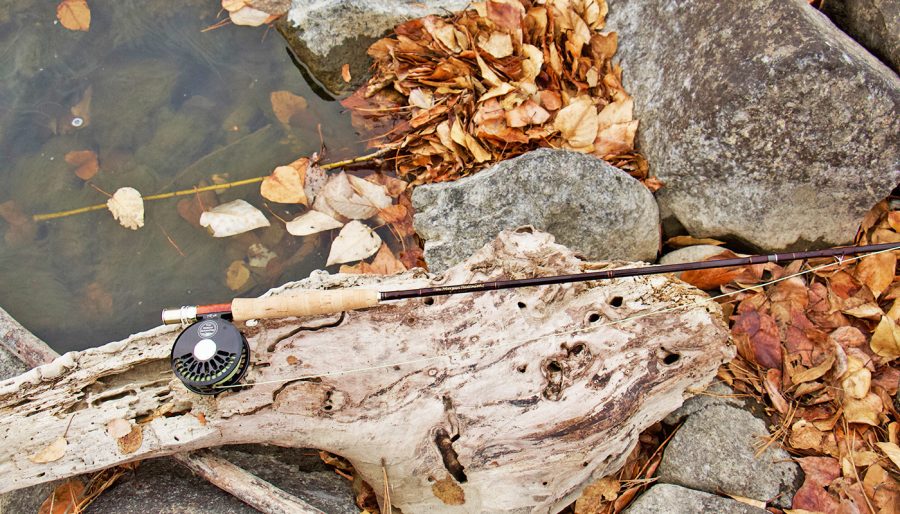 After landing the first cutthroat with that tiny dry fly, it felt as if I knew Tom Morgan, and the more I fished the rod bearing his name, the more I came to realize though the man is gone, the spirit lives on in the rods produced by the Tom Morgan Rodsmiths.

TMR rods are built to order and can be individualized in a number of ways. The 9-foot, 5-wt  four-piece rod for $1495. Buy now.