Make Your Apple Watch Completely Waterproof with this Case 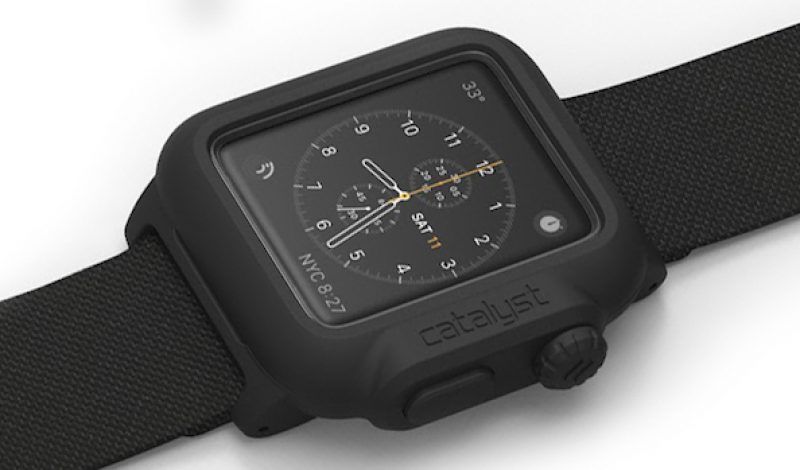 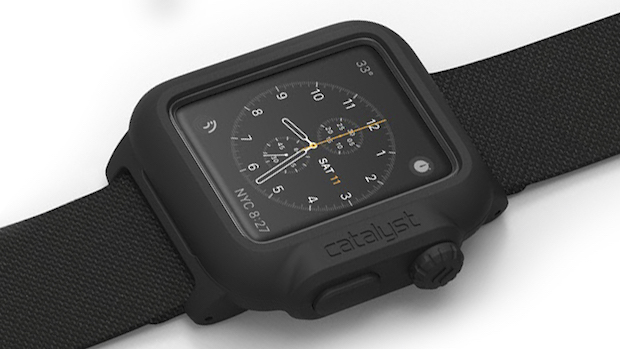 It may be hard to believe, but the Apple Watch has been available for nearly a year and a half now, and while it has not been the runaway success that some expected, it has still easily become the best selling smartwatch of all time. Those of us who own one love the Watch’s ability to track our fitness and exercise routines, provide text and notification alerts, control our music, and put a wealth of other information right on our wrists. But, Apple’s tiny little device wasn’t necessarily made for the outdoors, which sometimes means we have to leave it behind when we set out on an adventure lest disaster strike. But thanks to the Apple Watch Case from Catalyst, we can now take our Apple Watches with us anywhere we go, including out on the water.

Catalyst is probably best known for making durable cases for smartphones and tablets. But now the company has leveraged its considerable experience in that field and applied it to the Apple Watch as well. The result is a case, which completley enshrouds the watch in a suit of protective armor designed to keep it safe any number of dangers, including being completely immersed in water.

One of the biggest fears I had with the Apple Watch Case was that it would be difficult to get on and off my watch, making it a real pain to use when you needed it and remove afterwards. But, I was pleasantly surprised to discover that it was actually very easy to put the case on the device, taking no more than a minute or two to complete the task. 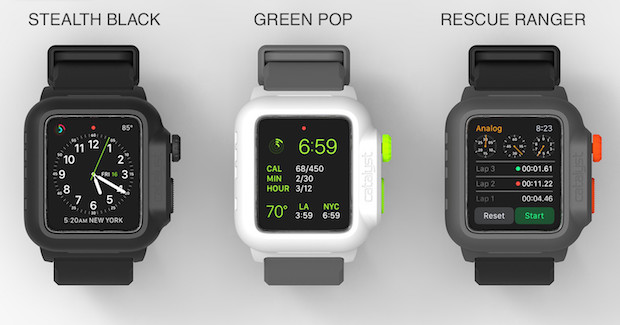 You begin by first removing the watchband that you are currently using on your Apple Watch, which thanks to Apple’s ingenious design takes just a few seconds. After that, you open the case by removing a single screw on the back using an included screwdriver. Inside the case itself you’ll find a thin rubber seal that fits snugly around the body of the watch, providing the first layer of protection. Simply slide the watch into that seal, then place it into the case itself. Finally, close the back of the case and tighten down that single screw once again. That’s really all there is to it. After that, you’re all set to go.

Once inside the case, the Apple Watch suddenly becomes a lot more rugged. That’s because Catalyst built its product to be IP68 certified waterproof, allowing it to dive to a depth of 165 feet and yet remain completely impervious to moisture. It is also MIL-SPEC 810G rated against drops as well, which means the smartwatch can now take a lot more abuse while out in the field. With the case in place, the watch feels like it has been actually designed for use in the outdoors, taking away the worry that you might otherwise feel when wearing it on a backcountry hike or paddling excursion.

Despite being incredibly tough and durable, the case doesn’t interfere in any way with the Apple Watch’s regular functionality. You can still touch its screen to interact with messages and alerts; the heart rate sensor still works properly, as does both the microphone and speaker. Even Apple’s quirky magnetic charging cable and docks work just fine. Catalyst has cleverly designed the case with a button and digital crown that mimic those already found on the watch, allowing you to continue to operate the device just as you always have. In fact, within minutes of installing the case on my watch I had almost completely forgotten that I had done so simply because everything still worked so seamlessly. 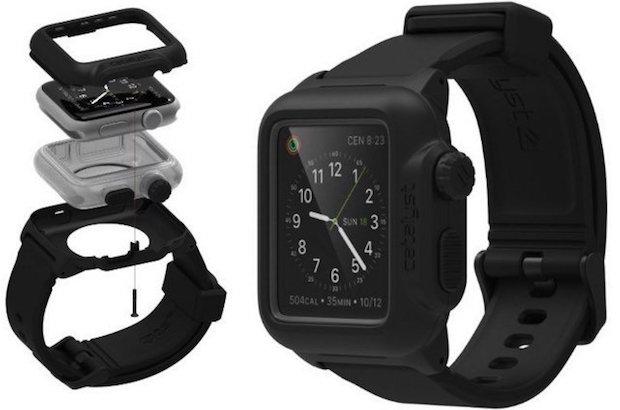 Wearing the watch with the case installed turned out to be incredibly comfortable too. So much so tha I wondered if I sould ever remove it at all. The band feels like something you would find on a high quality sports watch, stretching and moving with my wrist without inhibiting motion in any way. The main housing in which the watch sits does add a little bulk to the device, but in a way that makes it feel more substantial. In the end, I felt like I was wearing a watch designed specifically for the outdoors, rather than an expensive smartwatch that would otherwise be potentially too fragile to take on a demanding trip.

I recently had the chance to put the Apple Watch Case to the test during an outing to Quebec, Canda. While there, I actually wore the watch while stand-up paddleboarding, whitewater rafting, canoeing, kayaking, and bike riding. At various times I found myself completely immersed in water, and yet my Apple Watch continued to function normally and without a hitch. Catalyst even claims that it can be used in salt water without doing any harm to the device, which is nice to know the next time I’m headed to the beach. After a day or two with the case installed, I stopped worrying about whether or not my watch would survive the trip, and moved forward with the confidence of knowing it was just fine. 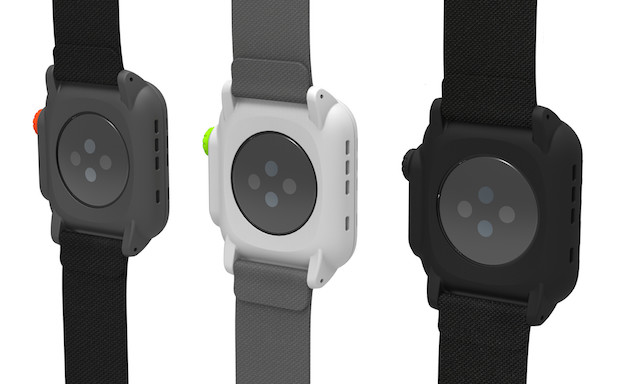 If you’re like me, and worry about damaging your Apple Watch while traveling or taking part in your favorite outdoor activities, then the Apple Watch Case from Catalyst is a wise investment. At $59.99 it seems like a real bargain for anyone who lives and plays in the outdoors. Especially when you consider how much it would actually cost to replace your Apple Watch should something happen to it. I know that I’ll be using this case often in the future and I’m awfully glad to have it as part of my collection of gear.

Find out more at CatalystCase.com.