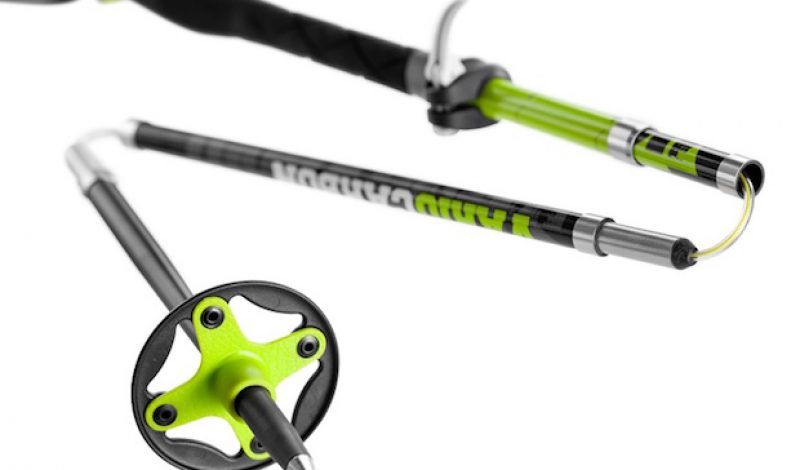 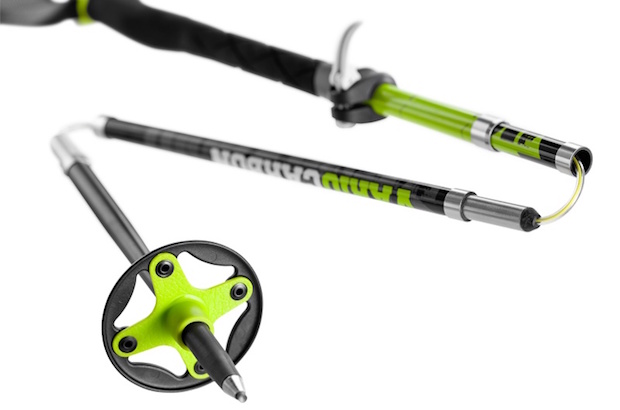 Trekking poles are one of those pieces of gear that people seem to either love or simply find to be a complete nuisance. Having made several long distance hikes on a variety of continents over the years, I’m squarely in the “love” category. Which is why I was excited to learn that this spring Leki has introduced the first ever folding trekking poles that also incorporate an anti-shock system, something that I feel is crucial feature for any hiker.

The new Micro Vario Carbon DSS trekking poles brings some interesting new features to the product line, not the least of which is the Dynamic Suspension System. Located in the tips of the poles, this anti-shock system transfers a lot of the energy that is created when a trekking pole strikes the ground, and transfers it away from the shaft and grip of the pole. Leki says this has a net effect of lessening the effects of that impact by as much as 40%, which helps to take stress off of the muscles, ligaments, and joints.

I’ve always been a big advocate for buying trekking poles with a suspension system in them, and the ones used in the Micro Vario Carbons is fantastic. It definitely reduces the shock to your system, and in the process helps to eliminate fatigue and soreness too. The fact that such a great anti-shock system actually exists in a pole that can fold up for storage and transportation purposes is amazing as well.

Speaking of folding up, as a frequent traveler who stays active on his excursions abroad, I often like to take my trekking poles along for a hike. These poles are fantastic in that regard because the break down to such a small footprint (just 15.5″ in length) that it is very easy to carry them with you just about anywhere. The Micro Vario Carbon DSS models separate into three segments, which makes it very easy to slide them into their included travel bag. I can then place them inside my luggage or backpack for safe transport to my destination, where they then reassemble into a full-sized poles when the need arises. That hasn’t always been so simple to pull off with standard trekking poles in the past, and since I’ve used them on hikes in Africa, Australia, Asia, and North and South America, this is feature that I definitely appreciate.

These poles also include Leki’s SpeedLock 2 technology, which keeps the various segments squarely in place under all but the most difficult and demanding conditions. And since they are made from carbon, they are tough but very light, tipping the scales at a mere 8.5 ounces each. The poles also have the ability to expand to any size between 110-130 cm as well, providing a good range of heights for a variety of different hikers. Comfortable foam grips and quick-drying wrist straps round out the package. 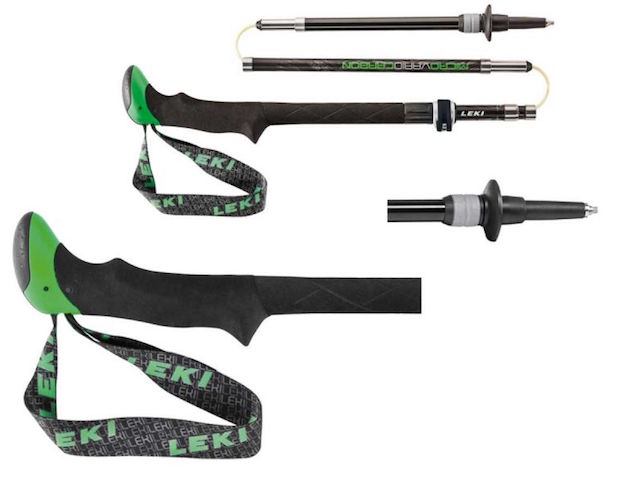 With their small size, light weight, and integrated suspension system, the Leki Micro Vario Carbon DSS trekking poles are sure to be a hit with anyone who likes to travel light but doesn’t want to compromise on features. That said, their $220 price tag will likely give pause to some. In that case, check out Leki’s Micro Vario Ti Core-Tec DSS model instead. They offer similar performance – minus carbon poles and the ability to break down so small – for $160 instead.

Find out more at Leki.com and be sure to drop by our Hiking and Camping page for other products for use on the trail.