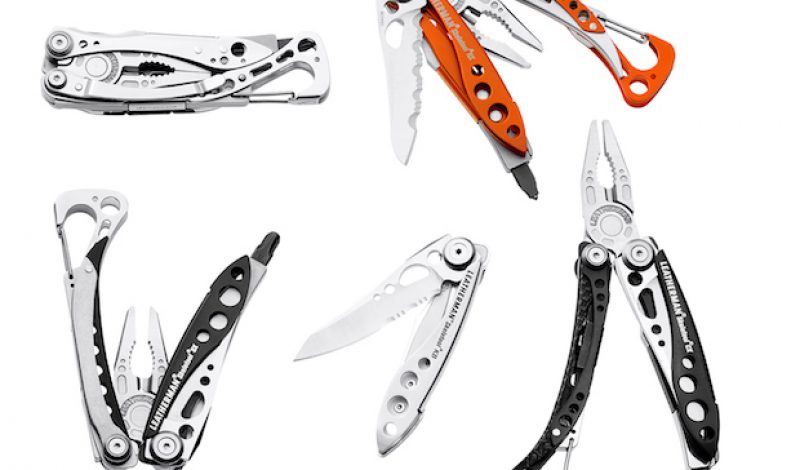 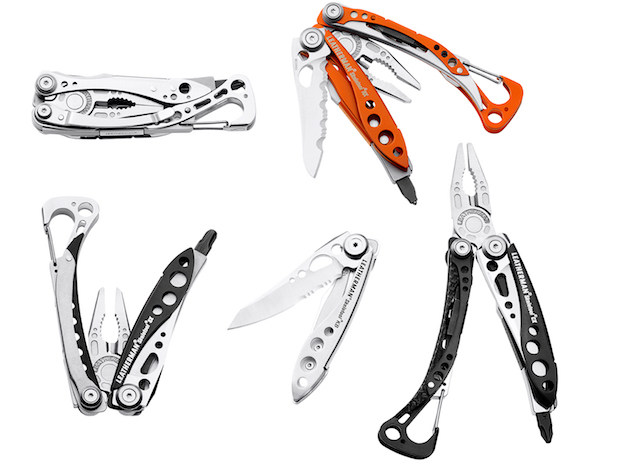 For the past couple of years, Leatherman has been slow, steady, and innovative in terms of what they’ve released to the marketplace. After a few years that lacked anything exciting in the multitool segment as a whole, Leatherman launched both the Signal and the Tread, a niche bracelet-multitool that garnered a lot of attention. In that time, the Signal has settled in nicely with Boy Scouts, Girl Scouts, and survivalists, while the Tread has found its place with people who travel to places where common knives and multitools are restricted. But otherwise, they’ve been pretty quiet over there at Leatherman HQ in Portland, Oregon.

For 2017, the company is keeping things simple by launching a line of products aimed at everyone and anyone looking for minimal, everyday carry tools. Launching in June, Leatherman is putting out four, affordable products that will look and feel familiar, but have been stripped down to make them useful in more situations and accessible to a greater variety of people.

LEATHERMAN JUICE B2 AND CS3

Based on their do-it-all, go anywhere series of plier multitool, the Leatherman Juice Series is launching with the B2 and CS3 multitools. Being marketed as a “gateway tool,” neither the B2 or CS3 feature pliers and are designed to slip into your pocket, pack, or toiletry bag for those situations where you need something, but not necessarily a full toolbox in your pocket. 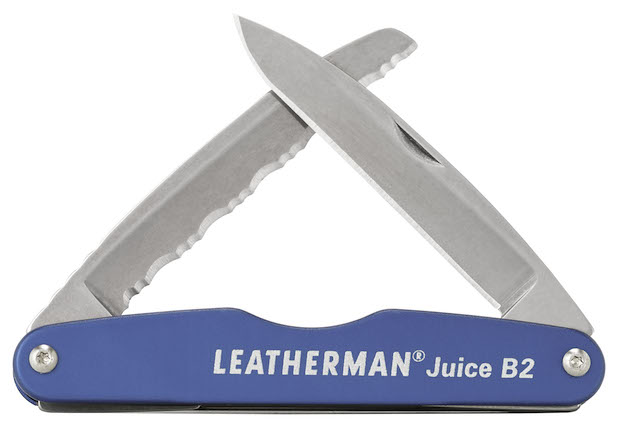 The Juice B2 ($25) features a single, 2.6” plain edged knife blade and single, 2.6” fully serrated blade which could be used as a light duty saw. Both onboard blades use a slip joint mechanism to “lock” in place when in use. I would liken it to a modern day “gentleman’s knife” or “old timer.” A simple pocket knife designed to fill in the blanks when you want to whittle a piece of wood, open up your mail, or get out of a jam. 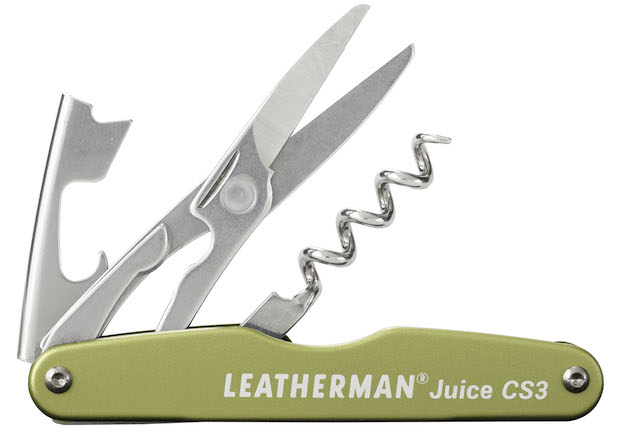 The Juice CS3 ($30) features scissors, corkscrew, and bottle opener with corkscrew assist. Like the B2, all of the tools utilize a slip joint mechanism to aid in their use. Because of the onboard tool assortment, the CS3 is not only easy to travel with to most places where tools are restricted, but also makes an excellent tool to bring along to a picnic or as a barkeepers tool with a little more flair than the common fare.

Based off of the ultralight Skeletool multitool series, Leatherman is releasing the Skeletool KB and KBx; two lightweight, minimalist knives designed to ride along in your pocket completely unnoticed until needed. Both the KB and KBx are virtually identical and built off of a rugged frame featuring a 2.6” 420 HC stainless blade and pocket clip with built in bottle opener. The difference is that the KBx features a partially serrated blade where the KB is a plain edge blade from tip to tail.

Both tools weight in at 1.5 ounces, and are 3.5” in length when closed. They will be available in three anodized finishes when they hit the market on June 1st.

Keeping things slow and steady isn’t anything new for Leatherman. Long ago, they realized that they launched a line of products that can be considered industry staples and have built product lines around them. Why fix it if it’s not broken? I know for a fact that are big things coming in the next year or so from the company, but Leatherman knows they don’t need to reinvent themselves and reinvigorate the market every year. If they did, what would that say about their timeless tools?

These four new tools signify Leatherman’s ability to build smart products that prove that each new tool doesn’t need to be radical and different. Choosing to build off of the Juice and Skeletool lines to offer a couple of minimal tools for everyday use is also appealing, because in terms of design and manufacturing, this is familiar territory for Leatherman. What does that mean for you, the consumer? It keeps the overall price down without affecting the quality. It’s the little things in life that have the biggest impact.