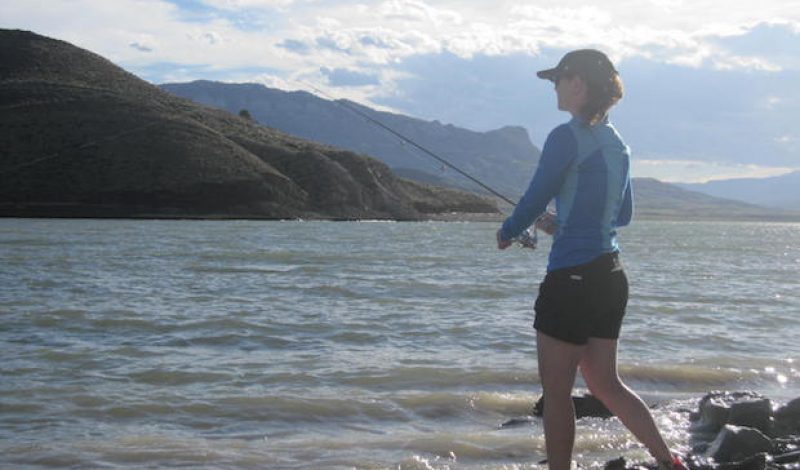 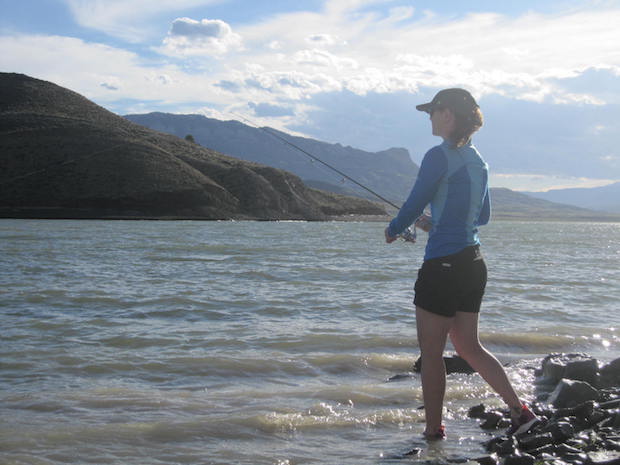 Last June, I boarded a fishing boat with four other women who were not my friends. Two were editors (at Coastal Angler and Sport Fishing magazines), one was a professional saltwater angler sponsored by Columbia Sportswear, and one was a photographer. Because we were strangers, and women, we did what women typically do when they need icebreaker conversation: We talked about our clothes.

Women chat about clothing the way many men small-talk about sports. Both topics serve as conversation-starters when you have no other common ground, regardless of whether you truly care about fabrics or the latest draft picks.

Besides, clothing was this trip’s raison d’etre. Columbia Sportswear had invited us ladies (and a group of men) to Crocodile Bay Eco-Resort, on Costa Rica’s remote Osa Peninsula, to test out the company’s latest apparel innovations while fishing for the likes of marlin, sailfish, and gorgeously flamboyant roosterfish. That prospect had me edgy with excitement. But the apparel turned out to be pretty cool too, because spring 2016 marks the first time that Columbia made its women’s fishing line as technical as its men’s. 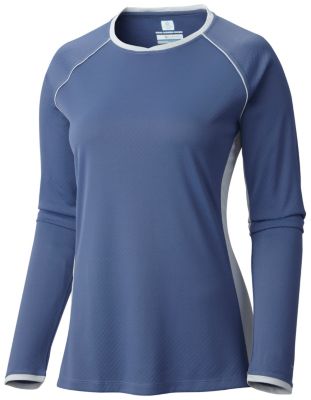 Up till now, some of Columbia’s signature features (such as Airgill venting, Blood and Guts stain repellency, and Omni-Freeze ZERO sweat-activated cooling technology) were only offered in men’s models. This year, they grace the women’s versions as well—though Columbia did change a couple names. Deciding perhaps that women would be less likely to invest in something called “Blood and Guts,” Columbia calls this water and stain-shedding technology “Omni-Shield” when it appears on the women’s items.

The Women’s PFG Ultimate Catch ZERO Long Sleeve Knit Shirt ($55) is a great, heat-foiling crewneck with meshy side panels and sweat-activated cooling embedded throughout. The collared button-down version ($80) offers all that, with the addition of back venting. And the Women’s PFG Airgal Long Sleeve Shirt ($70) incorporates Omni-shield repellency and the same gill-like side vents that debuted in men’s shirts back in 2013. Except for women, the Airgill feature becomes Airgal. Get it? 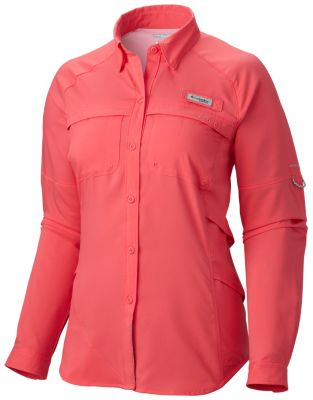 With the speed of the boat pushing welcome blasts of cool air through my shirt, I felt glad to be let in on the joke. I also appreciated Columbia’s attempt to make genuinely good-looking fishing pants. Creating crowd-pleasing pants for women is no easy task, but Columbia dared to try, and tasked its top designers with making bottoms that are both flattering and functional. The result is the Women’s PFG Ultimate Catch Convertible Pant ($65), which can be worn as shorts, capris or pants. They made all of us look good, but without any overtly feminine window-dressing (like floral embroidery). Instead, they mopped sweat, dried fast, and held fishing pliers in a dedicated pocket that also happens to fit an iPhone. The pants themselves are a tool for real anglers, not an ornament for ladies walking the runway.

And once we left the harbor, real anglers is what we became. A sailfish took our bait and Chris Woodward (the most experienced angler among us) handed the rod over to flats-fishing pro Cindy Nyugen, who modeled perfect fish-fighting form—the kind I’d need to imitate if I, a trout-trained fly-fisherman, got my chance at a billfish. When I did, Chris coached me on how to spare my arm strength and shunt the effort to the bigger muscles of my hips and legs. 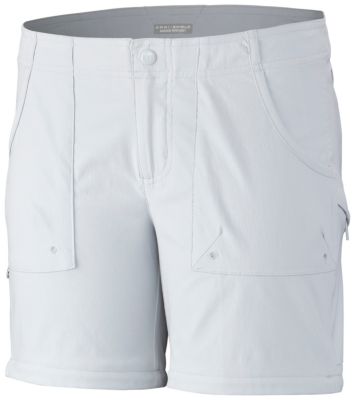 Once the billfish action fizzled, Captain Geovanny steered us inshore to chase roosterfish. Chris hopped onto the boat’s deck and started retrieving a popper lure through the shallows. Most men use their arms to give it lively action, Chris explained. But she tucked the rod under her arm and rotated her core whenever she wanted to give the baitfish imitation an extra-zippy path through the water. “We women gotta use smarts instead of brute strength,” she grinned. The move was savvy enough to fool a handsome roosterfish into chomping her lure. When Chris raised that fish—the finest rooster of the day—for the camera, I felt as jubilant as if I’d hooked it myself. No longer strangers, we’d become members of the same tribe, one that doesn’t often enjoy a reunion.

Most anglers are men (an imbalance that’s true of most outdoor sports), so opportunities for girl-group forays don’t come around all that often—particularly if you’re looking to round up a crew of hard-core, all-in athletes. Such days are rare, and fantastic. By the time we stepped off the boat, we had no further use for superficial clothing chit-chat, but were already reliving memories of struggle and triumph. It’s not that Columbia’s new apparel line isn’t good enough to talk about. It’s just that like all well-designed gear, it fades into the background while it helps you do your job. For us, that meant fishing.