Kingii is a Personal Floatation Device You Wear on Your Wrist 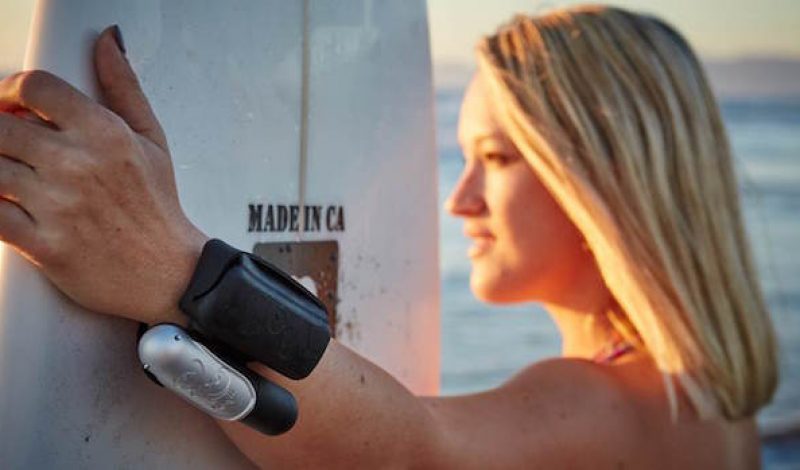 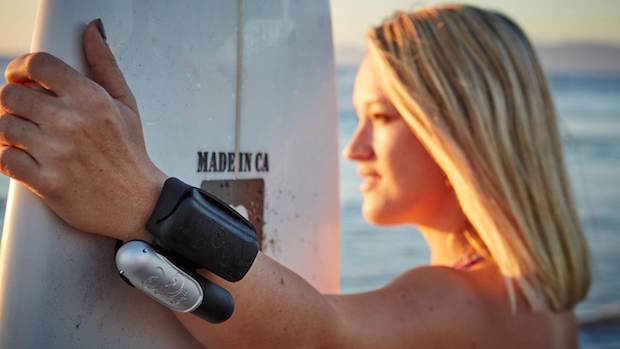 They say necessity is the mother of invention, but sometimes so is tragedy. When entrepreneur and inventor Tom Agapiades lost a friend to an accidental drowning that could have been avoided, he felt compelled to do something to help prevent at least some of the more than 370,000 deaths that occur each year due to drowning. He knew that most people had access to personal flotation devices (PFDs) but often times chose not to wear them because they can be bulky and uncomfortable. So, he decided to attempt to design the smallest, and lightest, PFD possible, which was when the Kingii was born.

Kingii is a wearable flotation device that fits around the wrist of anyone age six or older. It features a nylon inflation bag that is stuffed inside a pouch that is attached to the device’s wristband. When the wearer pulls a lever on the device, an installed CO2 cartridge deploys and inflates the bladder in under a second. At that point, the Kingii basically transforms into a large pool floaty, pulling the person wearing it back to the surface. The bag can later be deflated and reinserted into the pouch for future use, although the CO2 cartridge will need to be replaced. 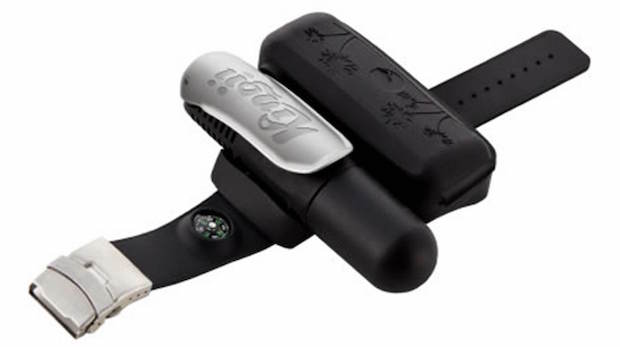 Agapiades launched an Indiegogo campaign last year in an attempt to get his product crowdfunded. He had hoped to raise $65,000 to get Kingii into production, but ended up pulling in more than $635,000. Those funds have allowed him to finish building the device, and it is now available to purchase on the Kingii website for $89.99. The final version is capable of supporting a person who weighs up to 285 pounds, and comes equipped with both a compass and safety whistle as well.

The Kingii weighs less than 5 ounces, is relatively small on your wrist, and is incredibly easy to operate. That means that this wearable has effectively eliminated all of the excuses you might have for not wearing a PFD while out on the water. It’s even priced affordably as well, which means you can’t afford not to have one.

Find out more at Kingii.com. 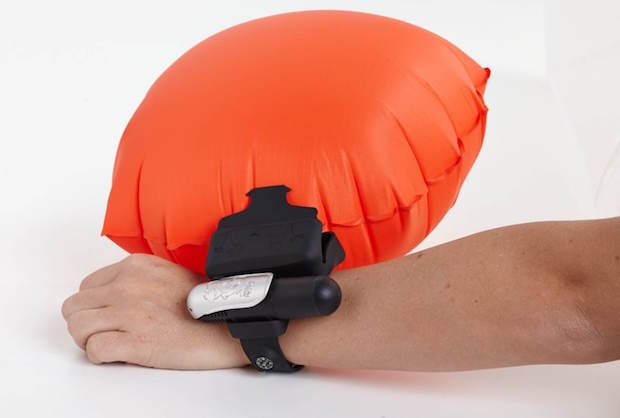