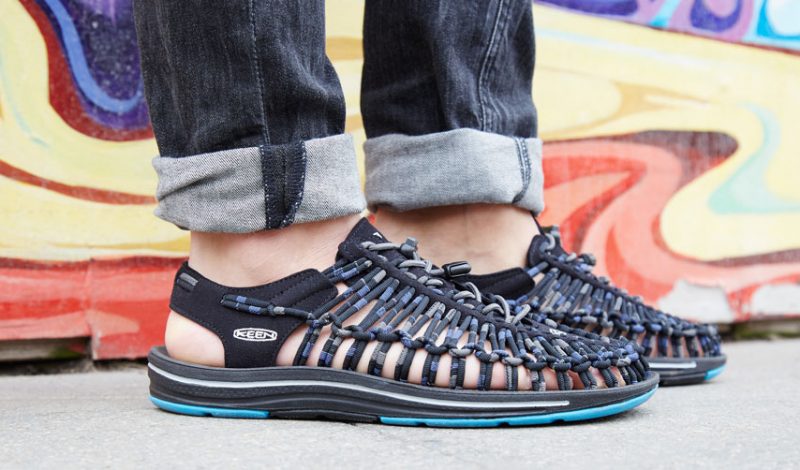 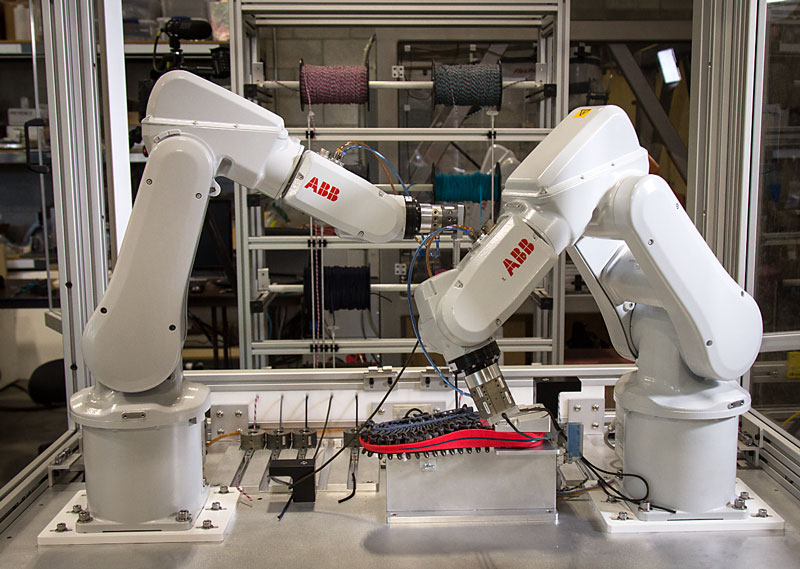 While robots are traditionally thought to replace humans in the manufacturing process, KEEN is using the next-gen technology in a unique strategy to produce some of it’s UNEEK footwear while providing more jobs, closer to home.

Handmade since its launch last year, the UNEEK footwear upper is woven from two independent but engaged sections of parachute cord. The combination of two cords and their junction with a rubber outsole creates a comforming, essentially custom pair of untraditional sandals.

KEEN’s UNEEK Robot technology and manufacturing process is the first of its kind in the footwear world. And although the original KEEN concepts with their odd toe caps dating back to 2003 now seem like a distant footwear memory, given the brands massive growth over the last decade, KEEN clearly remains committed to its innovative roots. 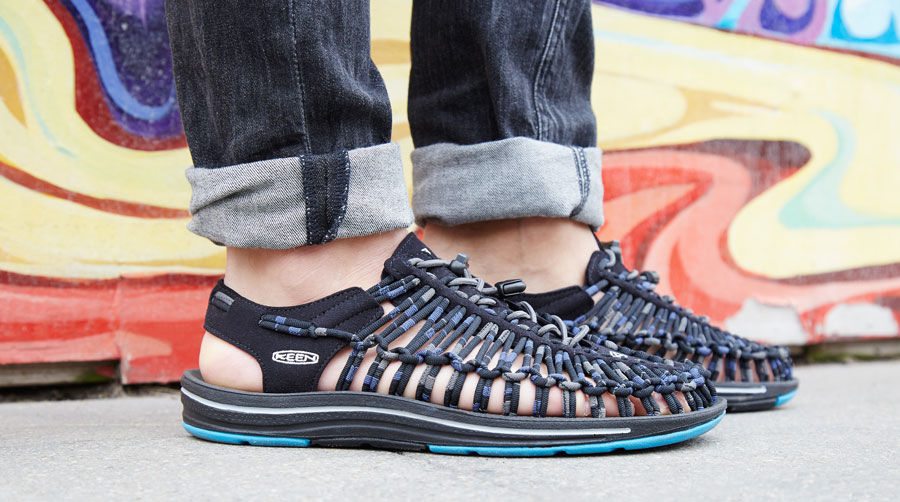 Partnering with Idaho-based House of Design LLC, KEEN is now able to automate its UNEEK footwear manufacturing process through the use of ABB Robotics — while staying as close to fans as possible. This also reduces the brand’s overall footprint by potentially putting manufacturing right at retail. The Robotic Cell is capable of producing a UNEEK shoe in half the time of the current production process.

​Gear Institute: How long was this in development, and why is it a good idea to use a robot to make a shoe?

Rory Fuerst Junior: It took almost exactly one year to create the UNEEK Robot seen at Outdoor Retailer. Right now we just have one robot, which is actually two robots used to create one shoe, but the possibilities are endless. You can install this robot anywhere—building, house, factory, etc. We have the ability to do whatever we want. I’m not saying exactly what we are going to do, but it is endless.

Most brands have a design, marketing and merchandising team, but are not set up with a quick go-to-market strategy. The UNEEK Robot is all about that—streamlining the process to get closer to the consumer in a precise and efficient fashion. We are not trying to lower employment—we need human beings. It’s interesting to note that UNEEK was entirely handmade at the start. We used our brains and our skills to create the first UNEEK. Using robotics enables us to get manufacturing closer to the consumer and skip the transportation part of the supply chain conventionally produced shoes require.

GI: Why would a customer care that their shoes are now made by a robot in half the time? Are they cheaper?

RFJ: There are seven billion people in the world and six billion never see a shoe get made. There’s a lot of interest from retail partners…they’re really excited.
On a practical level, we can potentially offer consumers custom-made products and deliver them in a relatively short time period.

As far as pricing, I don’t think robots will be any different because we still have to provide the materials. It’s much more of what can we do better with this technology, instead of what can we do cheaper. The ability to give customers exactly what they want quicker – it’s not about mass production to drive cost down, it’s just to customize products better and faster. 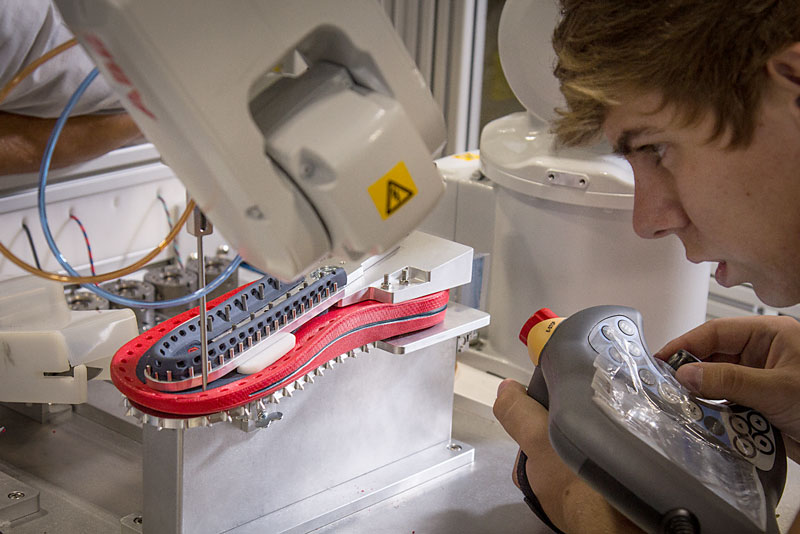