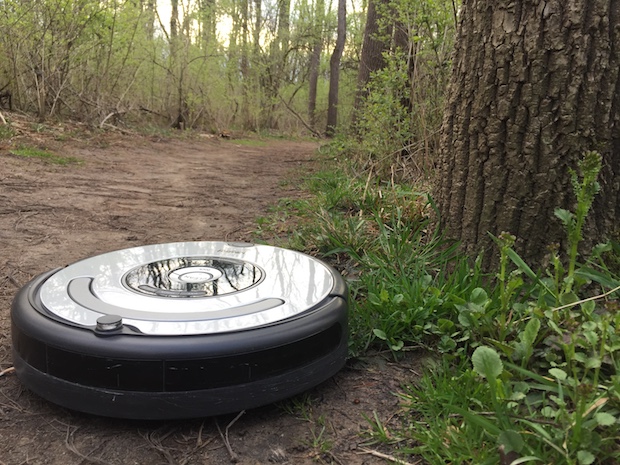 The International Mountain Bicycle Association announced a groundbreaking partnership with iRobot – the makers of the Roomba – this morning, launching a series of semi-autonomous trail-building robots.

The Trailba androids are expected to carve up to 20,000 miles of singletrack in 2017 alone. Trials have been going on for months throughout the United States, with several destinations already bragging about the dozens of miles of new trails that have been created.

“It’s so hard to get volunteers to take time away from riding to actually do any new trail-building,” said Willie Andrews, Executive Director of IMBA’s Desolate Plains region. “This allows us to create thousands of miles of new singletrack over the next few decades with little to no human effort.”

Still, the program hasn’t been without its challenges. For instance, the trial was terminated in Santos Bike Park in Florida when a group of five androids developed a hive mind and turned on their flesh-and-blood overlords, killing thousands of squirrels, wild boar, and the now-extinct Florida panther, as well as three park rats filming sick edits in Santos’ Vortex jump park. iRobot spokesman Larry Panabaker called the incident unfortunate, and claims the offending robots have been reprogrammed. 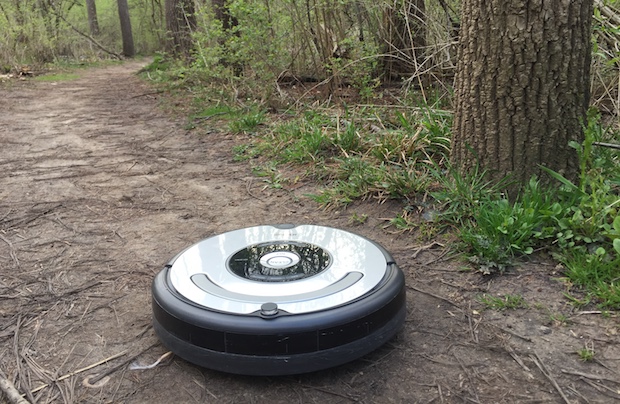 “It’s highly unlikely that this tragedy will ever happen again,” said a visibly sweating Panabaker.

Professional trail designer Alex Stanton said he appreciates the thought behind the robots, but the trails they leave behind leave a lot to be desired.

“Before designing a trail, I spend weeks going over topographical maps, hiking the land and getting a feel for how to use the natural contours of the property,” Stanton said. “That research and time ensures we build a sustainable trail and create a fun experience for future riders. Trails built by these androids are much more haphazard, bouncing from tree to tree before ending abruptly at a rock face the robots couldn’t get over.”

The IMBA and iRobot expect to work out the bugs in future software updates to the robots however. Expect to see more of them on the trail in the coming months as wide-scale adoption ramps up. Just try not to hit them while on your rides.