Gerber Center-Drive: A Welcome and Much-Needed Return of the Reliable Multitool 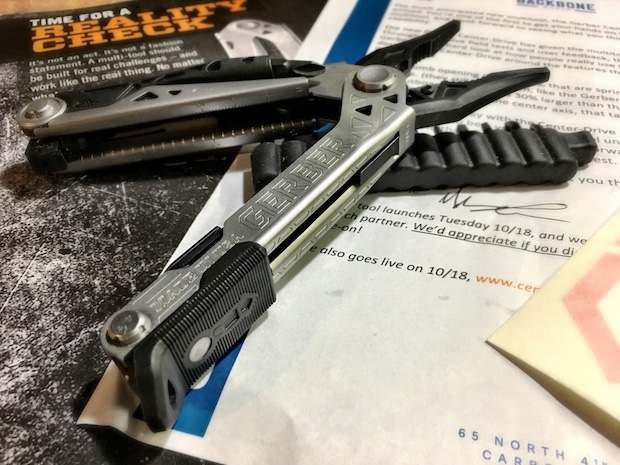 Like a lot of folks who have been carrying around multitools for most of their lives, I’ve been patiently waiting for Gerber to get back on track and release something rugged and innovative once again. Something on par with the quality and durability of their single-hand operation multitools from the 1990’s. As the UPS truck drove away from the house yesterday afternoon, and I tore open the small brown box left behind, it only took a few minutes to realize the wait was over; Gerber is back, baby – and they’re here to kick ass and take names. I came to this conclusion while fondling and fawning over their new Center-Drive, a multitool that is not only made in the USA, but by Gerber’s own admission, is a reality check too.

For the past decade – if not longer – Gerber has been working on expanding their knife and tool lines, and admittedly has had hits and misses along the way. In looking at some of their past products, it felt like they were chasing a softer crowd who they assumed wouldn’t be so hard on their tools, so they ended up making multitools that really couldn’t take a beating, something that would come back to haunt them to a degree.

The Center-Drive is a response to – and an eradication of – that thought-process and era. It’s beefy and tough, and features spring-loaded pliers that ride on strong, rolled steel rails for the smoothest deployment I’ve seen in a long time. The full-sized bit driver doesn’t twist or bend under duress, and uses common bits that can be replaced at any local hardware store. Even the full-sized knife blade is impressive when compared to those found on most competitor tools; and this comes from a guy who generally doesn’t care for knife blades on multitools. The aforementioned features, combined with an onboard pry bar, awl, and separate bit set really provide the user with a tool they can rely on in almost any setting. 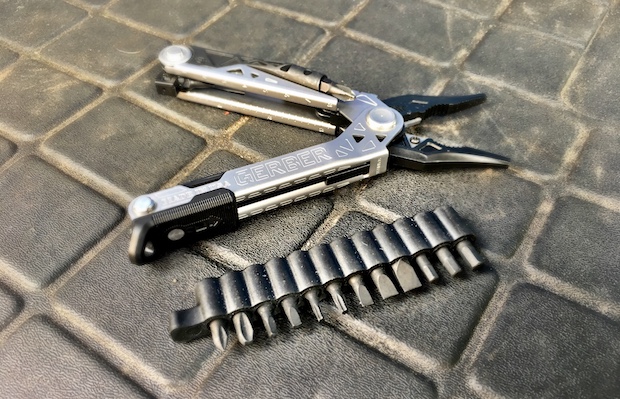 Save for a couple of flare up’s in new products over the past year or so, the multitool market has been pretty stale. I can’t speak from a market share perspective, but as someone who relies on these tools in my day-to-day life, and reviews them on a regular basis, I can tell you that while what’s out there gets the job done, the majority of it lacks innovation. Suffice to say, the market needed something to kick it into high gear and I think you’ll find that the Gerber Center-Drive signifies that start of that movement. Furthermore, the Center-Drive goes beyond the outdoors and finds itself fitting in well in the blue collar world too. It has simply been designed, built, and executed that well.

But all of this is based on a first impression and some basic fiddling in my workshop. I’ll be testing the Center-Drive out alongside a few other tools over the next couple of weeks to see if it truly does live up to all of the hype. I’ll be sure to report back my findings, but until then: Welcome back, Gerber. We’re happy to have you, again.