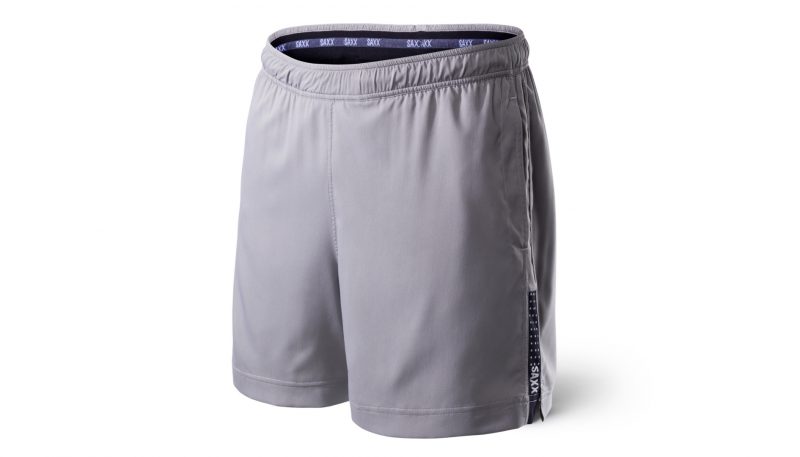 THE VERDICT
The liner fit in the Saxx Kinetic 2N1 Run Short is revolutionary. The short's shell coupled with the liner helped block the cold from light winds in crisper shoulder season weather, but it won us over with its breathability on warmer days.
FULL REVIEW

The creation story behind the Saxx Kinetic 2N1 Run Short is that runners were wearing the brand’s underwear beneath unlined shorts, or even cutting the liners out of their run shorts. This was backed up in anecdotal conversation, with some running in the brand’s everyday boxer briefs instead of the more performance oriented Kinetic line, from which the run shorts follow. For runners to go to such trouble when there are so many other options on the market is evidence enough that the unique construction of the front pouch has won plenty of converts. What’s the big deal? Support — lots of support for an activity that includes plenty of jiggle. The liner short is tight-fitting, but not up front where more fabric is given to the hammock-shaped pouch.

Fit
The biggest fit feature here was the front pouch, for which the brand is known. The mesh wings of the BallPark pouch provided a stretchy barrier, which both held things in place and eliminated skin-to-skin contact, which prevented chafing. Flat seams inside the liner are also soft against the skin and the short’s nine-panel construction places the seams on the side of the leg. The 5-inch boxer brief liner’s 10 percent spandex, created a slight compression, and kept the long legs of the shorts from riding up. The wide elastic waist included drawstrings as something of a backup, but was never too tight to cause discomfort or leave markings on the skin. The shell is loose fitting and rides mid-waist like most modern gym shorts. Those familiar with the brand’s underwear should note these are more like the mesh Kinetic line of boxer than the everyday boxers. The mid-rise short’s shell has a 7-inch inseam which conceals the liner.

Comfort
The outer shell fit loose without flapping during runs, and had a touch of stretch to it. It never interfered with the range of motion on steep sections of trails. The liner was soft against the skin and only on occasion needed to be pulled down during runs. It prevented any signs of chafing in common hot spots like the inner thigh. The sides of the hammock pouch may not be for everyone, as one tester said they were too prominent and felt in the way. During test runs in an earlier version of the short, the compression felt constricting above the knee, but the current version dialed back the spandex some and resolved that issue. The Kinetic Run Short hit the sweet spot of snug and secure without feeling like a tight. These were comfortable getting to and leaving the trail, and probably the most subtle pair of running shorts for post-run coffee stops.

Breathability
Wicking was where these shorts excelled. The nylon/spandex Kinetic boxer liner was more breathable than its construction made it seem at first glance: Holding the liner up to light looking out, it seems nearly see-through, whereas from the outside the weave looks less porous. The liner sent body vapor away from the body before it turned to sweat, which is why these shorts, along with the Smartwool shorts, didn’t register on short-run sweat tests. On longer runs in 85-degree heat, sweat pooled at the back of the waist and the seams of Ballpark pouch, yet dried out quickly, even during runs. The nylon liner’s mesh construction dispersed sweat on the insides of the legs, so even when they were noticeably damp, they usually dried out with airflow and less intense running. The lighter mesh of the pouch’s barrier walls, or wings if you will, absorbed and wicked sweat from the nether-region prone for pooling.

Features
Two vertical pockets on the seams maintained the gym short aesthetic, but worked just fine to stash gloves or a hat without ever snagging a finger. A small zipper pocket hidden inside a vertical pocket was a discreet storage option for smaller items and not felt against the leg during runs. One tester found that a printed map tucked into a side pocket remained dry during a two-hour run, unlike the printed trail instructions stored in a hydration vest. Reflective dots and logos above the side seam notches offer more flair than safety, but give the logo a modest enough dual purpose.

Durability
The shell’s interior stitches showed a few loose threads, but none were coming undone after considerable mileage. We did notice some threads at the top of the pouch had come loose. The liner held tight and retained its compression as well. The odor control did seem to wear down, but the shorts didn’t retain smells from previous runs once washed.

Continue Reading
WHERE TO BUY
MSRP
$75.00
BEST DEAL
$78.00
*Your purchase helps to support the work of Gear Institute.
HOW WE TESTED

Test runs varied from cool morning 15-milers at 9,000 feet to hot midday 5Ks at 5,000 feet. Late spring and early morning runs around Denver began in the mid-40s and crept into the 60s, with shade and exposure to sun and wind as extra variables common in trail running. Denver’s summer put temperatures into the 90s and even offered up moderate humidity to better test the breathability. A few runs in Central Texas weather, in particular the mornings with 80 percent humidity, guaranteed we sweat through even the most breathable pair of shorts. In all we ran over 600 miles in these shorts; between 75-150 miles in each pair. 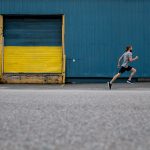 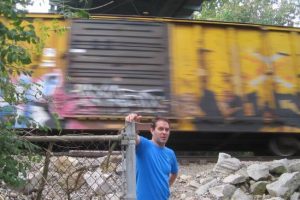