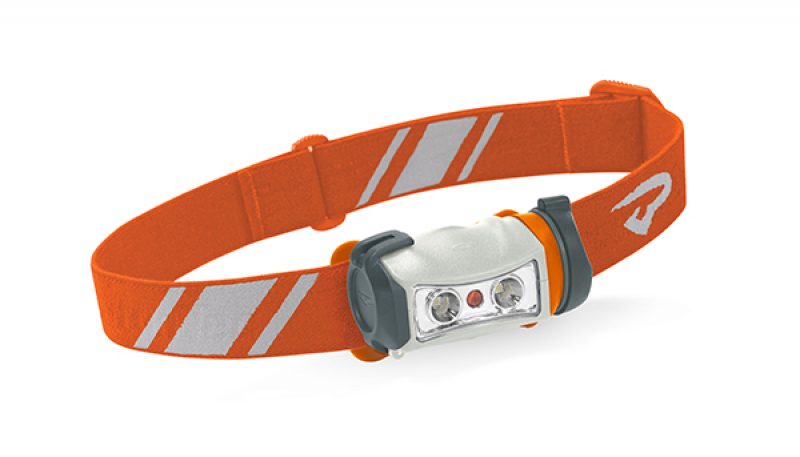 The Princeton Tec Sync is a versatile headlamp that packs a lot of features into a comfortable and fairly compact package. This is a headlamp that can do just about anything. The only real caveat is that the controls can be hard to use, especially with gloves.

As far as running headlamps go, the new Princeton Tec Sync has a lot going for it. What stands out the most is how comfortable the Sync is to wear. It’s the kind of light you can throw on and not even think about except when changing the illumination mode. The bounce was minimal to non-existent, and the lamp did not create any discomfort or pressure points on runs up to a couple hours long.

The Sync offers two basic illumination modes: spot-and area-lighting. Each mode also has a low‐ and high-power option. This selection of options make the Sync a bit more versatile than average. A red LED option and a lock-out setting complete the feature set. The major drawback with the Sync is that the control knob is harder to manipulate than a button, particularly when wearing gloves—and given that running in the dark is more common during colder temperatures, this is not an unusual scenario. The entire lamp body also has a tendency to rotate when turning the control knob. Neither of these are issues if the headlamp is turned on and left at the same setting, but starts to become annoying when switching modes frequently. The Sync will appeal to runners who want a reliable, comfortable, do-everything headlamp. It is not the lightest headlamp out there, but is fairly compact given its feature set.

Comfort
The Sync has some design features that make it quite comfortable to wear. The strap is a bit wider than average, which reduces overall pressure. The lamp body also is narrower in diameter than other headlamps of this type. This smaller cross-section contributes to an almost complete lack of bounce, even during faster running.

Brightness
The Sync has a quoted maximum output of 90 lumens. While this is not the brightest headlamp out there, it proved to be more than adequate for both providing visibility on roads and illuminating technical trail.

Ease of Use
The Sync features a knob on one side of the lamp body that is used to select the desired mode. For a headlamp with so many different features, a knob is simpler and faster than using a button to cycle through the modes. However, the knob proved difficult to manipulate without rotating the entire lamp body. The knob also was difficult to grip and manipulate when wearing gloves.

Features
The feature set of the Sync is fairly typical, although there are two features in particular that are noteworthy. First is the red LED mode, which would be useful for ultra marathon runners at race aid stations in the dark. The second is the ability to switch between spot and area lighting: area lighting tends to be more useful for technical sections, where as spot lighting tends to be more useful for faster running and route finding. Spot lighting also provides a bit more visibility to drivers when running roads in the dark.

Run time
The Sync has a quoted runtime of up to 150 hours on the lowest power setting, which is fairly typical for a headlamp powered by three AAA batteries. No issues were encountered with battery life during testing. 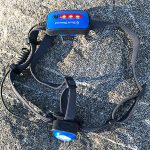