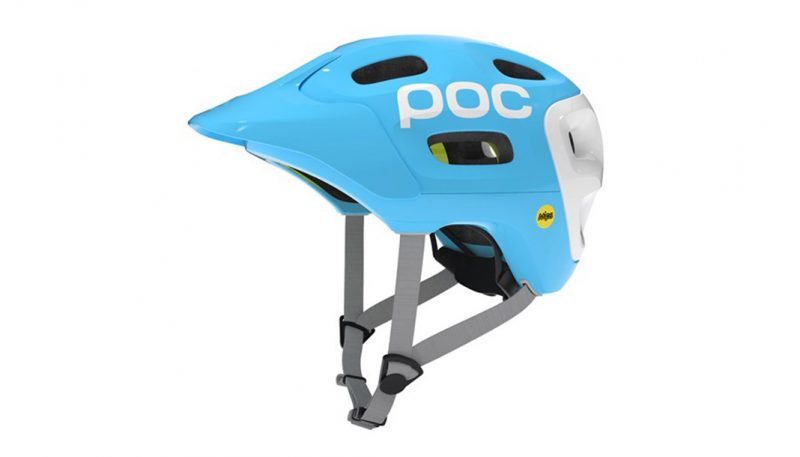 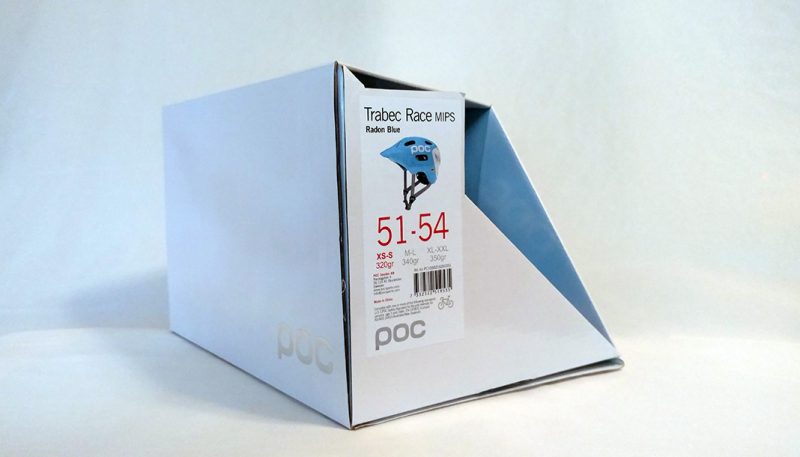 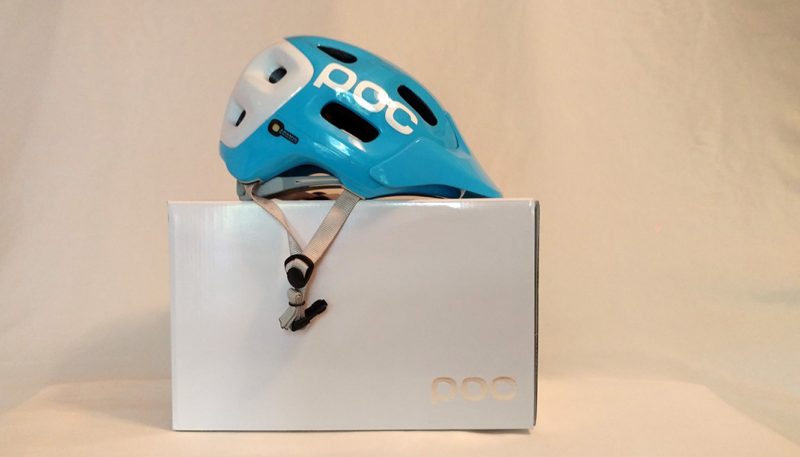 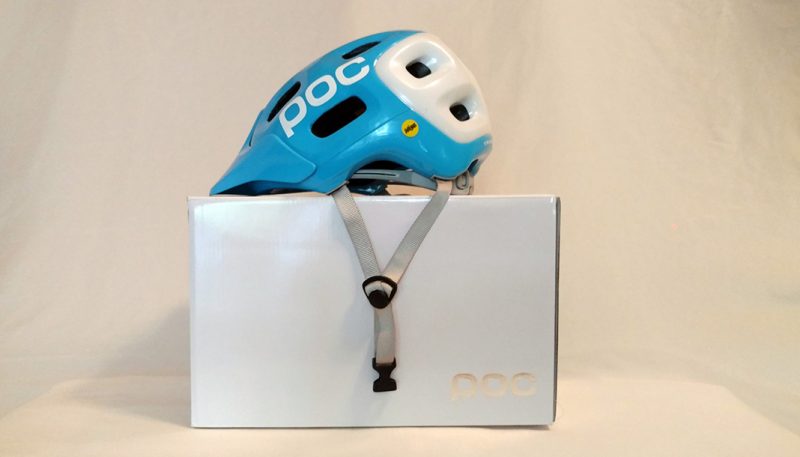 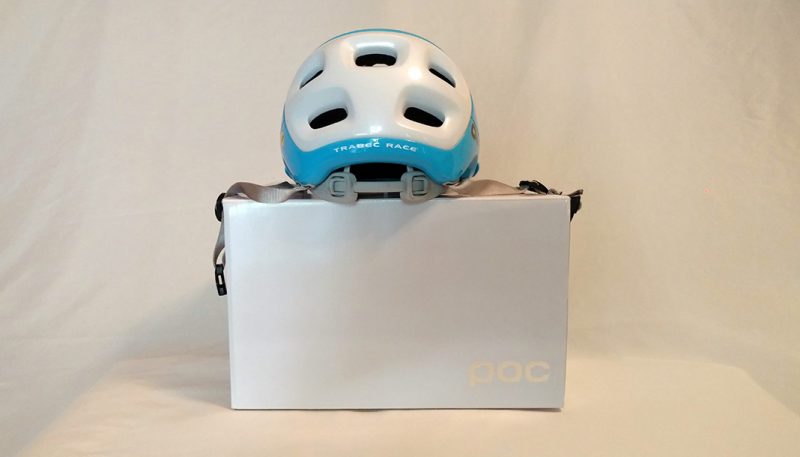 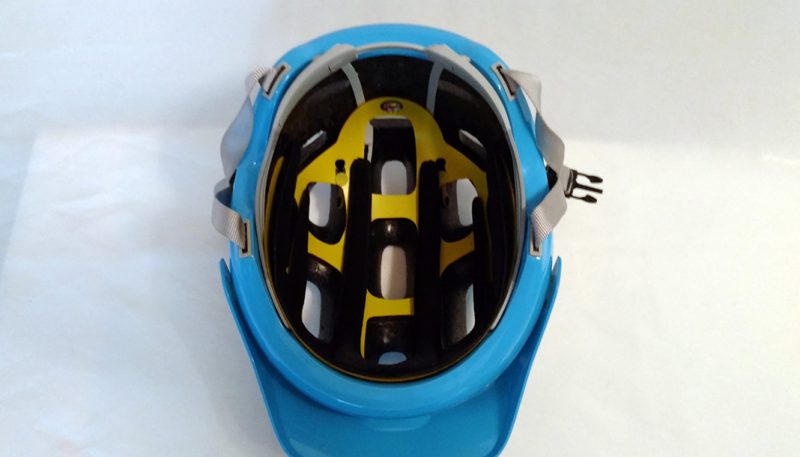 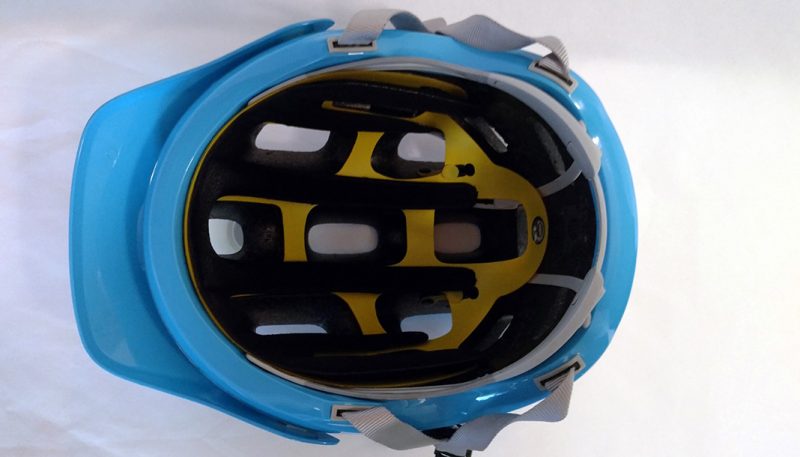 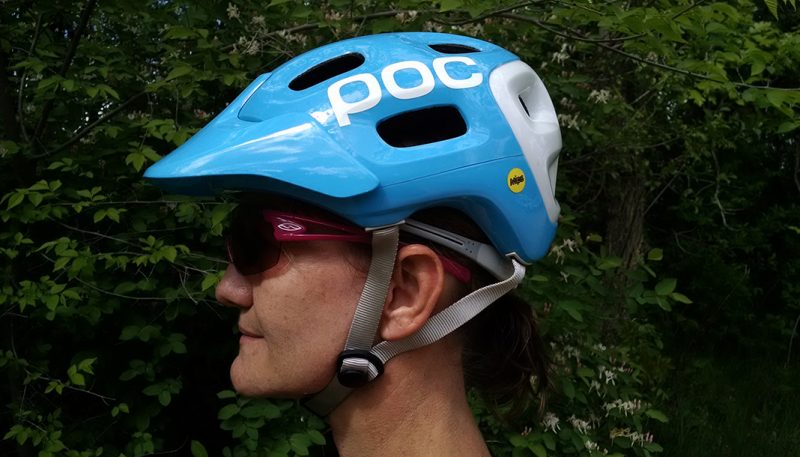 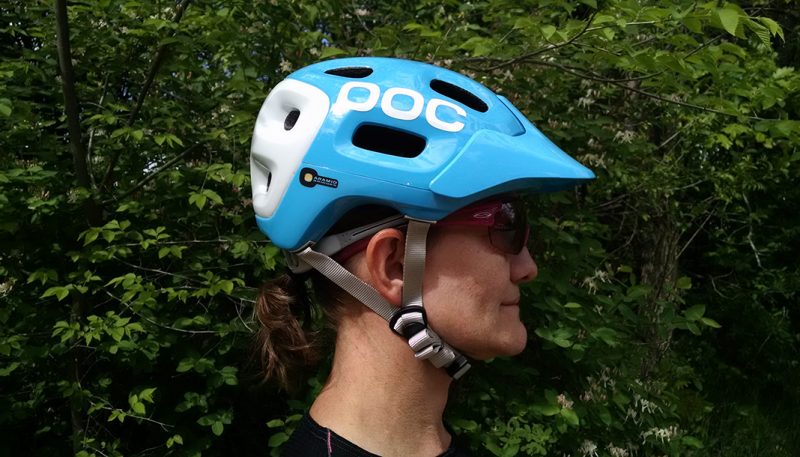 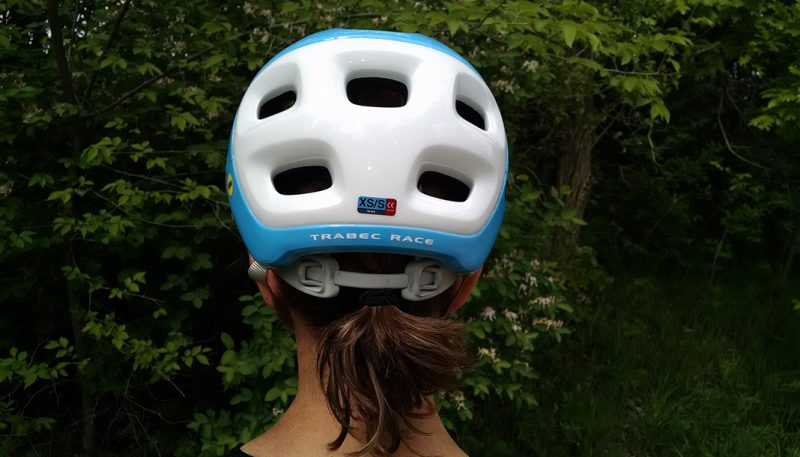 The POC Trabec Race MIPS is a sleek and aesthetically-pleasing helmet that provides generous rear and side coverage. The addition of MIPS, a low-friction liner between the helmet’s shell and cyclists head, provides additional protection in a crash by absorbing rotational energy. However, the addition of the MIPS liner can shrink the helmet size and reduce airflow.

COMFORT
Soft padding at the front of the helmet that runs approximately ¾ towards rear of the helmet makes the POC Trabec Race MIPS a comfortable helmet for any length of ride. Padding did a decent job of absorbing moisture on mid-temperature days but came up short on warmer, high-exertion days. Side straps, once properly adjusted, laid flat on our tester’s face without making contact with ears. The chin strap, though composed of a thicker webbing, sat comfortably under the chin. However the tester found that it needed re-tightening occasionally.

VENTILATION
The POC Trabec Race MIPS devotes more to surface space than it does to air vents. With fourteen air vents spaced fairly far apart, our tester experienced the best ventilation on days with temperatures in the high-sixties and on rides that did not require excessive steep hill climbs.

FEATURES
The POC Trabec Race MIPS measures sixteen inches from front to back and 14.4 inches from ear to ear to provide generous head coverage. Additional head protection comes from MIPS, a thin liner that protects against rotational forces by separating the shell from the liner to allow the liner to slide relative to the skull in an angular crash.

Though the visor is not adjustable or removable, at 2.5 inches in length it does a good job of shielding the sun from eyes. Of all the helmets in the test, the POC Trabec Race MIPS is the most pony-tail friendly.

FIT
They say the best helmet is one you don’t know you’re wearing. The POC Trabec is helmet that our tester knew she was wearing.Fit on the POC Trabec Race MIPS runs small. At 54cm, our tester’s head was at the maximum size of the XS/S (51-54cm). The MIPS liner, which can shrink any helmet’s size a little bit, made the helmet feel as if it was slightly suspended above the head. Our tester tried on the M/L model at a local bike shop but the M/L size range of 55-58cm was too large.

Our tester was able to remove the “suspension” feeling by spreading the rear adjusters as far as possible and then holding them apart while putting on the helmet.

The backband adjustment is a two-slider system that can be adjusted one-handed while riding, though not as simply as the dial method.

Once fit was dialed in, the POC Trabec Race MIPs had a secure, snug fit with the least amount of side-to-side helmet wobble of all the helmets in the test. Due to the reduced size, the helmet could not accommodate a balaclava for cold-weather riding.