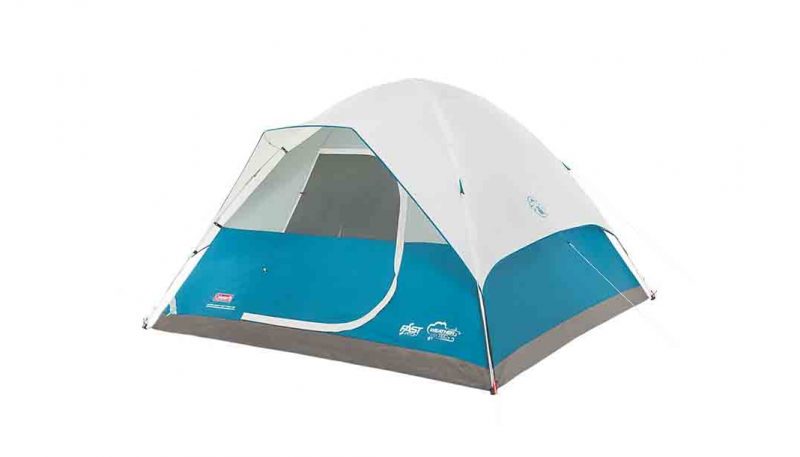 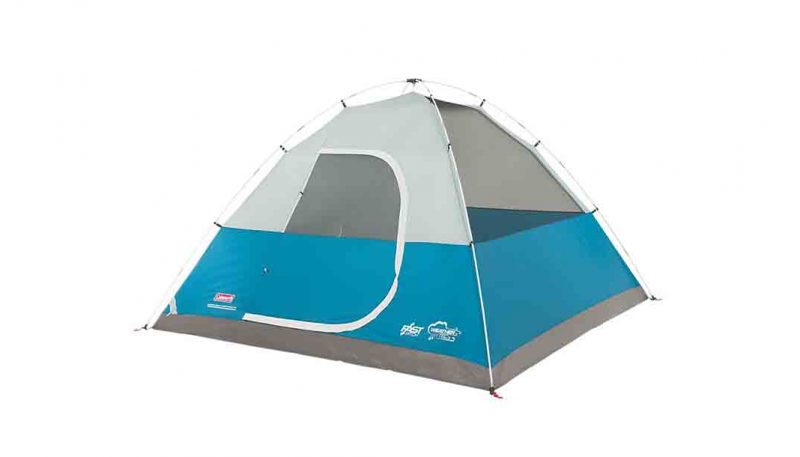 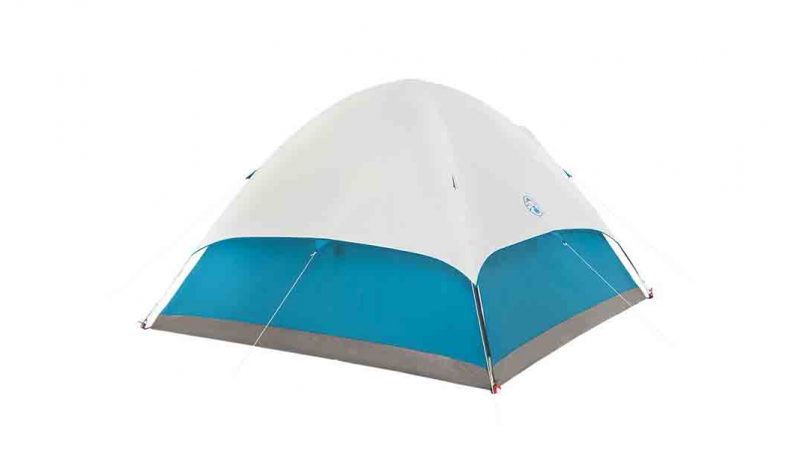 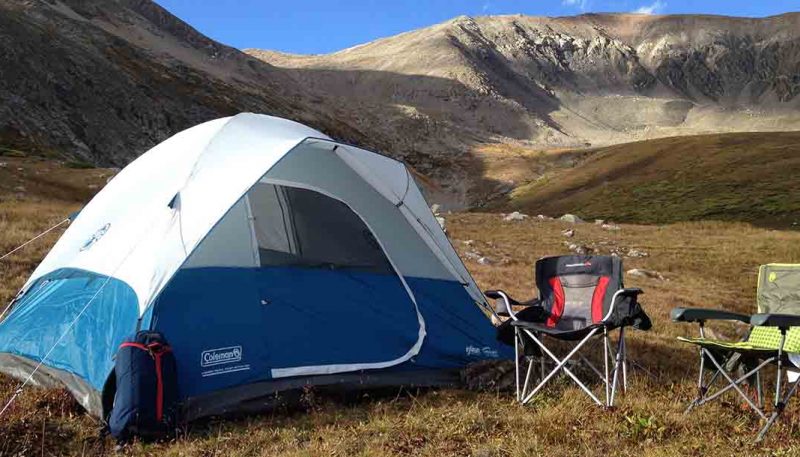 Coleman provides fine tents for fair weather campers. The low price point starts to show when the wind starts to pick up as the walls of the tend bend in more so than with other tents in the test. Where the Longs Peak 6 excels is with a more durable floor fabric to prevent ground moisture from wetting through from the bottom.

Ease of Setup & Breakdown
For the most part, the tent goes up pretty easily due to the simplicity of the dome style configuration and can be set up by one person in 15 minutes. The only point of confusion is knowing how to orient the rain fly. The only clue that exists, once one is familiar with the configuration, is to look for the small, same-colored front awning pole sleeve. The configuration of the corner points is curious in that the fly connections hook on the outside of the main pole cups. Then the loop for the stake down point is on the far outside. This causes a funny push-pull-push pressure on the corner strap where, working from the inside, the tent pole is pushing down, the rain fly is pulling up and stake is trying to hold it all down. Breakdown is simple and straightforward until it’s time to fold the tent just the right way to fit into the bag. Coleman has tried to make it easier for users to fit the tent into the storage bag by providing a tearaway pleat to make the bag slightly bigger, but even then it’s still a tight fit. The other problem comes from getting used to the Fast Pitch system. The premise of this is to keep the poles attached to the tent body at the apex of the tent. During the first setup, the user ties the top of the tent to the pole hub. Even with the poles separate from the tent, the zipper configuration on the tent bag does not lent itself to just stuff the tent in. Instead, the tent lends itself to be folded which requires a bit of trial and error to figure out the right fold sequence to match the size of the bag (hint: walk the poles attached to the top to one side, fold in half then fold in thirds; then place the collapsed poles on the tend and fold at the poles then roll).

Livability & Functionality
At a perfect 10-foot by 10-foot square, the six-person Longs Peak 6 tent is fairly easy to divide up space amongst its users. Those against the sidewalls will be fine as long as the wind doesn’t start to pick up. Even fully guyed out, the windward side will bow inward in moderate winds to eat up some of that spacious square-footage. The single large D-shaped door makes it easy to get in and out of the tent though the zipper cover flaps regularly get caught by the zipper making it very unlikely to open and close the zipper with just one hand. To compensate for the lack of a vestibule, the Longs Peak 6 has a small awning supported by a rigid pole and comes with a doormat made of the same fabric as the floor of the tent. The three tent walls aside from the door wall are mostly large mesh panels. This provides for great visibility out when the fly is removed, but with the fly on, the only outward looking window is through the zippered mesh panel on the door. The sidewalls of the tent body rise about half way up the tent so when the fly is removed, there is a reasonable amount of privacy in the tent when lying down. There are only two pockets, which is a disappointment for a tent designed for six. They are located halfway up the sidewall making for an awkward reach while lying on a sleeping pad but reasonable if using cots. One is by the door and one in the back of the tent The LP6 does come with a gear loft net, but using that covers up the loop at the top of the tent making it difficult to hang a lantern from the center of the tent. One (or more) can still be hung along the seams where the gear loft attaches.

Materials & Construction
For the most part, the materials and construction of the LP6 are reasonably durable. The upper tent body and fly are made of standard 68 denier Polyester Taffeta fabric and are double stitched at the seams. The most impressive feature is the very durable bathtub construction floor made of 1000D Polyethylene. The fiberglass poles are likely to be the first to break as they did (splitting from one end longways) for one of our testers on the second test trip out under no particular duress. Though, this is likely covered under the limited one year warranty.

Weather Resistance
The 68D body and fly fabric are only lightly waterproof rated at 800mm. But the double layer nature of having a separate fly from the body of the tent makes this much less of an issue as compared with a single-walled tent. The body upper is mostly mesh which provides for a reasonable amount of ventilation. The downside is, beyond having the tent all zipped up, there’s no way to control the ventilation of these huge mesh panels under the rain fly. The small awning is well suited to keep much rain from entering the tent while people come and go, but it’s not really big enough to keep water out if the lower half of the door is left unzipped while it’s raining. Again, the outstanding feature for weather resistance is the floor which, while it is rated to 1500mm like some of the other tents in this test, the 1000D Polyethylene is much more resilient than the floors of most other tents in this test.

Versatility
The combination of the large mesh walls and small awning make the LP6 ideal for mild to warmer dry climates and is not well suited for wet and cool outings. The pole structure is not going to provide much support as the wind starts to pick up and after a solid gust or two, the tent is likely to collapse under the pressure. 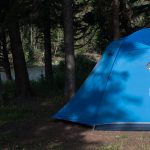