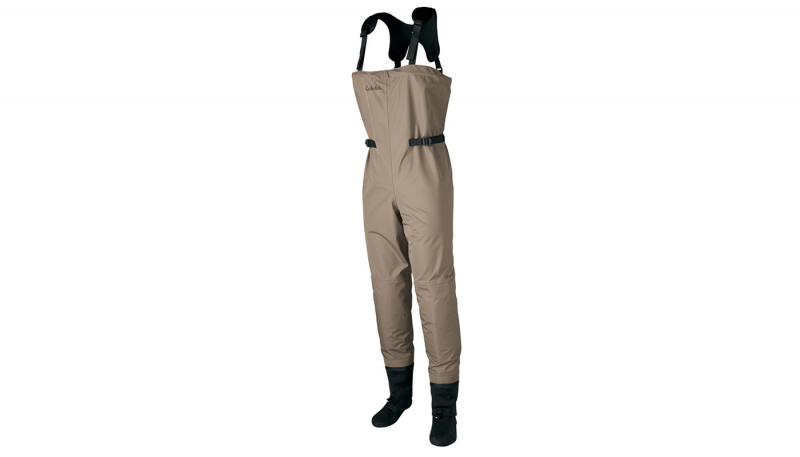 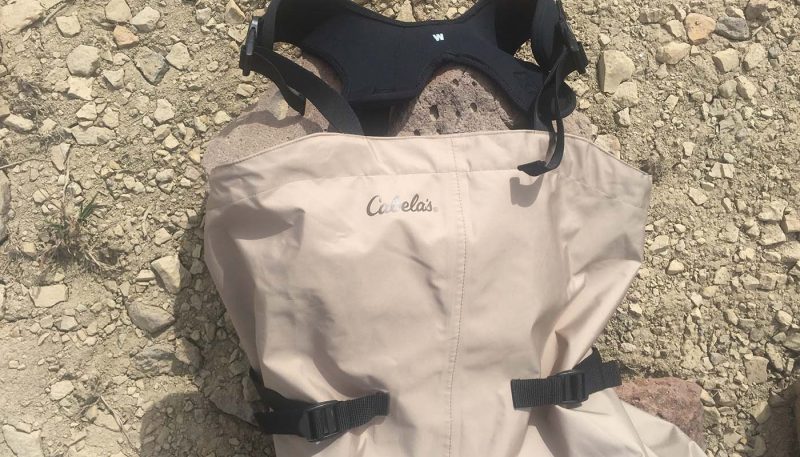 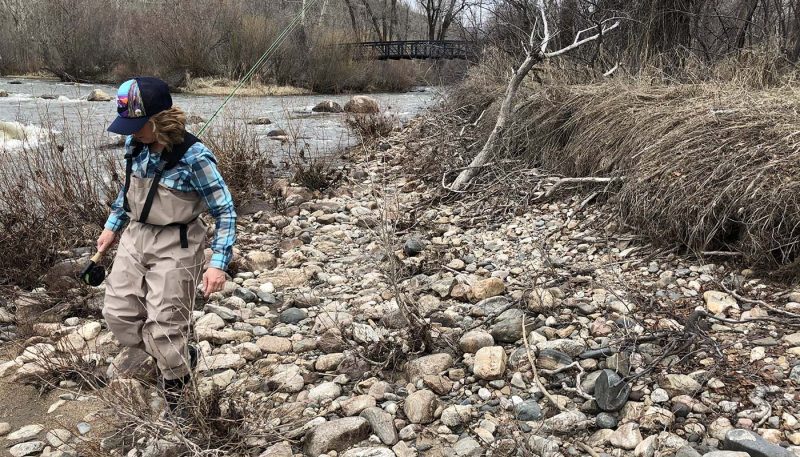 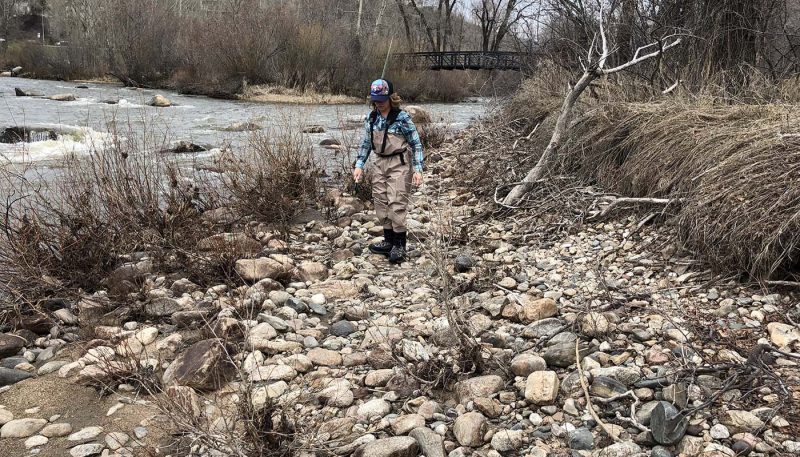 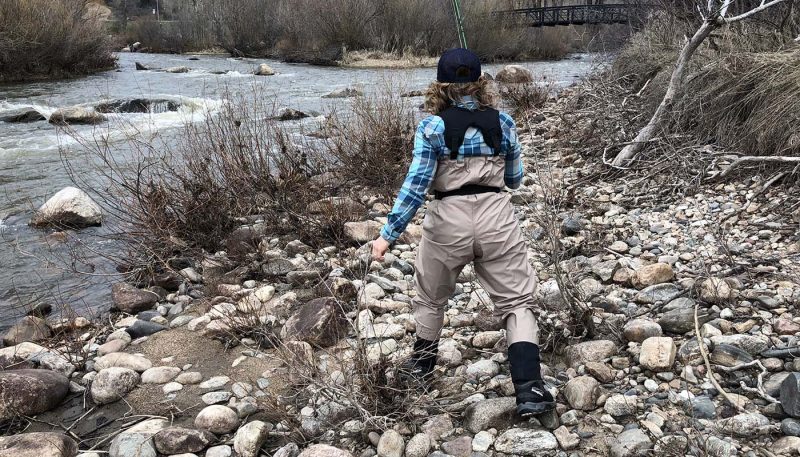 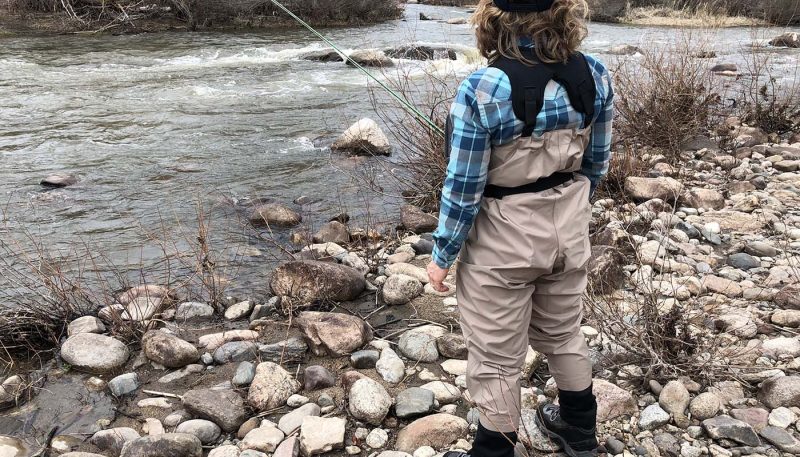 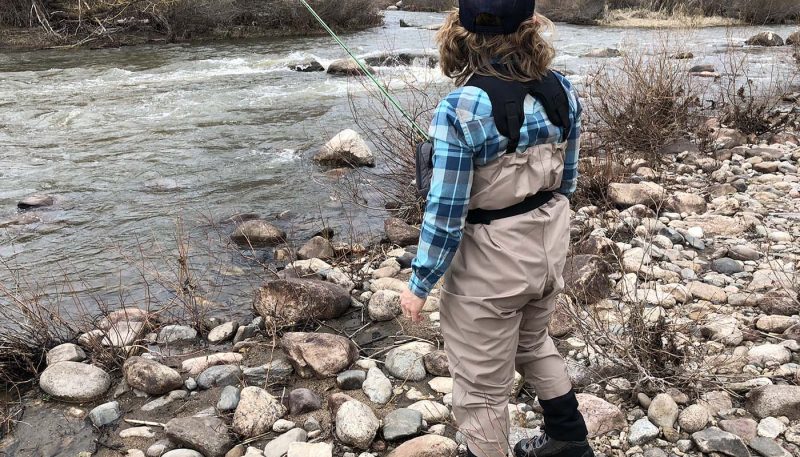 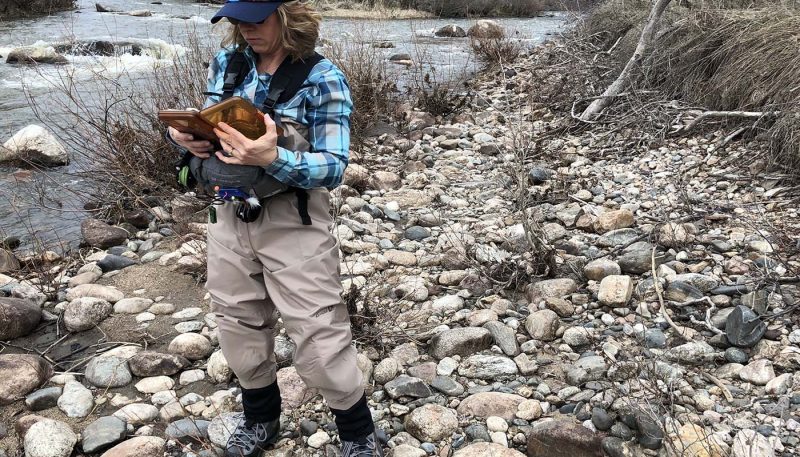 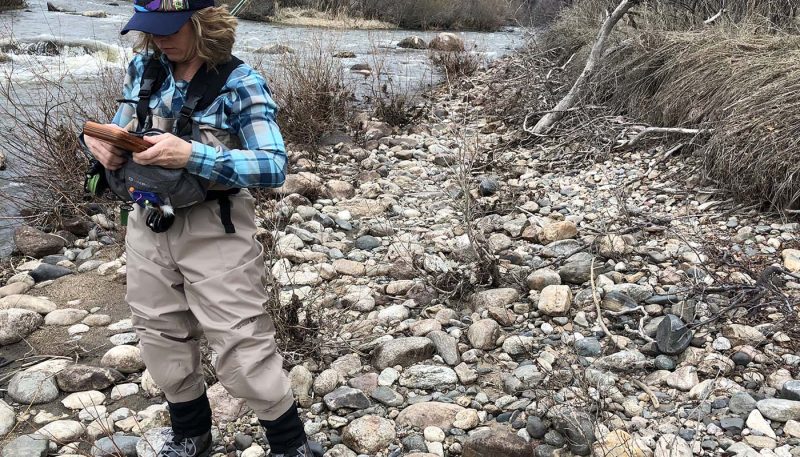 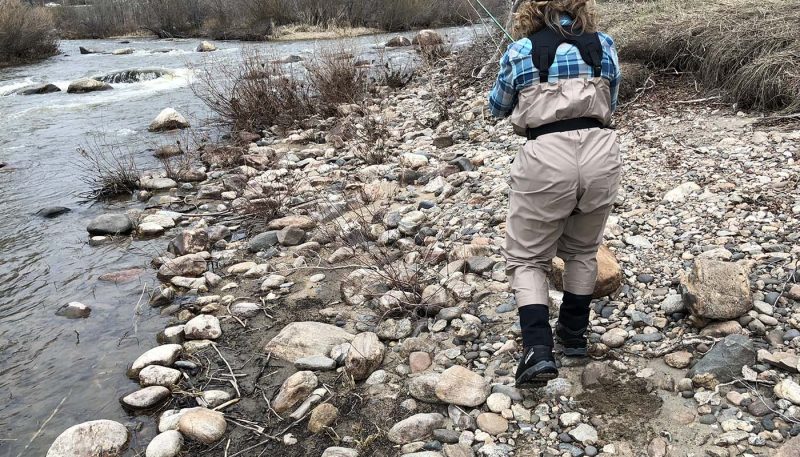 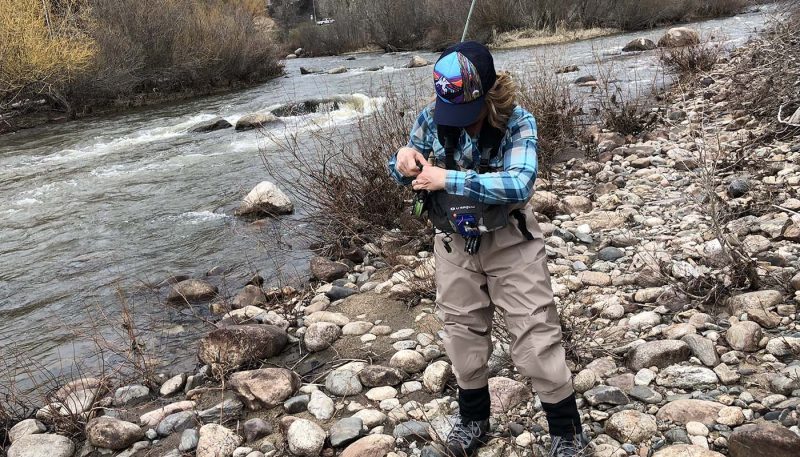 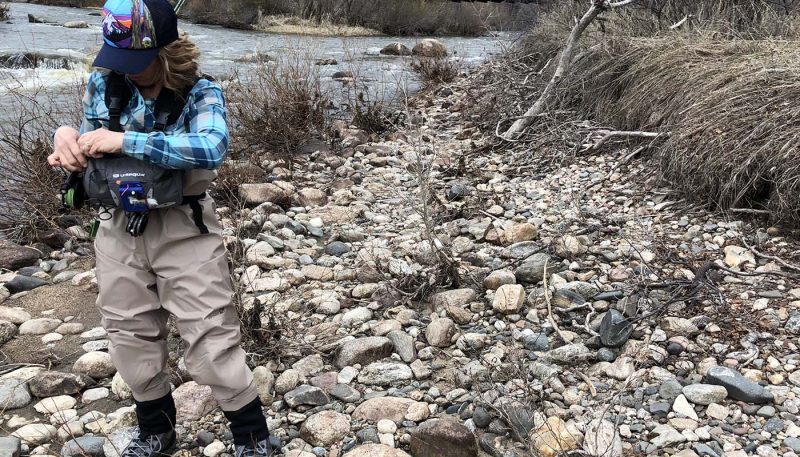 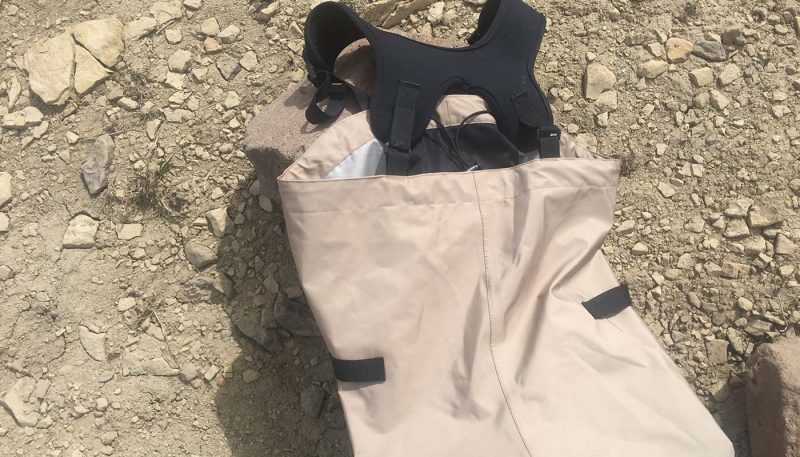 THE VERDICT
The most affordable waders in our test, the Cabela’s Women's Premium Breathable Stockingfoot Fishing Waders are surprisingly capable, and provide adequate comfort for occasional days on the water. The tradeoff is fit: The baggy cut was the least flattering of the models we tested, and suits tall women best.
FULL REVIEW

Inexpensive yet serviceable, these waders give occasional anglers an accessible way to get out on the water.

Cabela’s doesn’t offer these waders in multiple lengths, so the standard option runs long. Our 5’0” tester found them to be uncomfortably baggy, with excess fabric that bunched and folded between her ankles and hip. Over time, those folds could compromise durability (see below), since leaks tend to occur where the fabric is creased. But taller anglers (5’6” or more) enjoyed a better fit: For them, the cut is still old-school baggy, but not so bulky that it inhibited anglers’ ease of movement.

The bib is cut extremely generously, to the point of being baggy even on D-cup testers. That large opening does make these waders easy to get on and off, but one tester reported that the gappy opening feels cumbersome when casting. And although there’s an elastic cord built into the opening, it cinches at the front, below the neck—so testers had to contend with an eight-inch pigtail hanging out of the front of their waders.

The booties, however, are smartly sculpted, with dedicated right and left feet that mimic the curve of each. They’re also trimmer than most: They offer a foot-hugging performance fit that improved testers’ traction while wading. The soles also feature a sticky overlay that reduces slippage in the boot.

Although the fit through the legs and bib didn’t impress most anglers, the booties are a cut above, delivering the kind of performance one sees from waders costing three times as much.

“Variable” is how testers described the breathability of these waders. The relatively lightweight fabric through the chest and thighs kept clamminess to tolerable levels. But the padded knees trap sweat: One tester reported that her socks and pants grew noticeably damper in these waders compared to the non-padded models we tested. The wide, thick neoprene shoulder straps also collect heat and moisture. That yoke-style strap seemed over-engineered to most wearers, who didn’t need the load support you’d expect from such a design. On sunny, 80°F days, it felt oppressive—especially when paired with a sling or backpack.

The 3mm booties aren’t quite as thick or warm as some waders we tested (the Redington and Patagonia both feature 4mm neoprene) but they’re serviceable enough for most situations: Only steelheaders fishing in winter snowstorms will want to pull on wading socks for additional insulation.

Some leg seams run along the inner leg, where they’re subject to abrasion from walking. Our greatest concern is the seams’ ultra-large stitches. The more stitches per inch, the stronger the seam—but the Women’s Premium Breathable waders used conspicuously big stitches—bigger than any other waders we tested, and twice as big as the Orvis. That difference suggests that these waders are better for occasional use than for daily wear.

As you’d expect from affordably-priced gear, the feature set is minimal. There’s just one small pocket (a zippered mesh pouch inside the bib). A layer of padding built into the knees and shins inhibits breathability, but makes it easier to climb in comfort: Testers who had to winch themselves up and over rocks with their knees appreciated the extra cushioning.

There’s also no wading belt, which compromises safety (wading belts prevent water from filling the waders should the wearer fall down). Two strips of nylon webbing cinch the waist slightly, but not enough to truly keep water out. Consequently, Cabela’s prints a warning label inside the bib, cautioning anglers to wear a proper wading belt of pfd when using these waders.

Affordable, functional and comfortable for taller women, these waders give novices a way to get started in the sport. But the baggy fit, large stitches, and seams running along the inner leg suggest that these waders don’t offer the durability that guides and 365-day anglers require. They’re capable three-season waders for occasional enthusiasts. 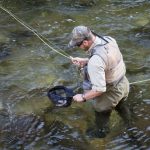 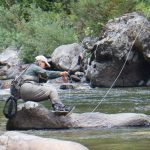 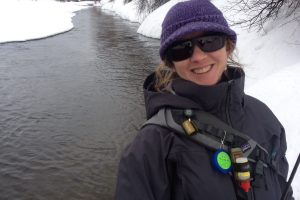 Mountain-dweller Kelly Bastone became a writer so she could stop asking the boss for permission to take a powder morning, enjoy extra-long lunch breaks to fish or mountain bike, and clock out early when the hatch is on.