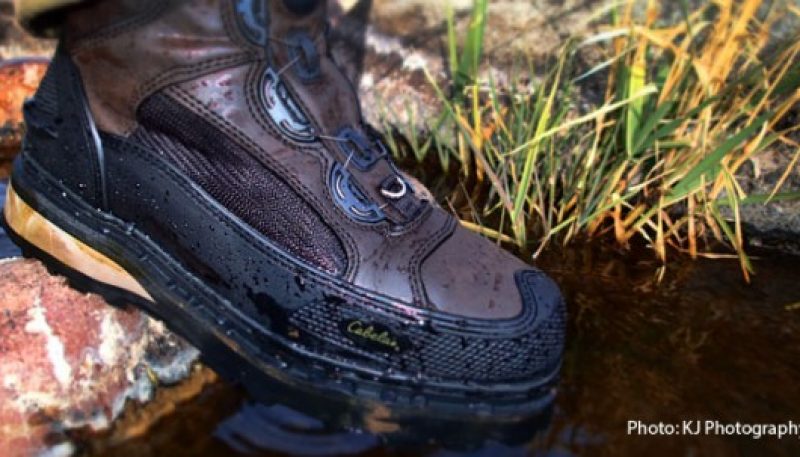 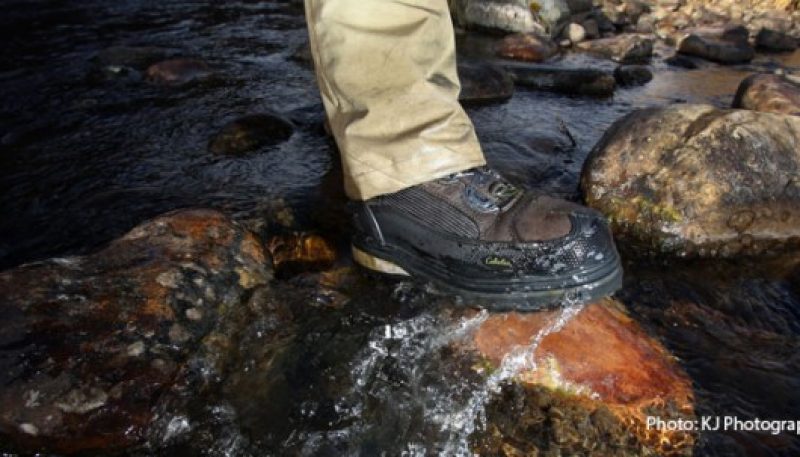 Folks who like solid, heavy duty and hard working boot will appreciate the tough Cabela’s Guidewater BOA boot. Because of the weight, these are probably not the first choice for someone who likes to bushwhack and hoof it for miles looking for rising fish. The solid construction and durability of this boot make them an attractive and affordable choice for anglers who do not spend much time looking for fish on foot.

GRIP
All the boots slipped on the super slimy rocks I found during the testing, but the Cabela’s boot seemed to glide a little easier than the rest. Traction studs; could drastically improve the stickiness of the boot, but not everybody likes to mess with them, especially when wearing them around boats, on pavement or in cabins.

COMFORT
The efficiency and ease of use of the BOA lace system cannot be overstated. The Guidewaters makes good use of the Boa system, with the steel cable threaded in a well-thought out pattern so tightening the boot is done in an well balanced, evenly tightened manner. Laces have always been one of the most annoying aspects of wading boots, not to mention that they serve as a major transport mechanism for exotic plants and animals.  The Guidewaters’ snug fit around the ankles is reassuring. When the BOA reel is fully uncoiled the tongue opens wide making getting in and out of the boot easy.

WET WEIGHT
After time spent in the river I walked back the parking area and weighed all the boots at the car. The Cabela’s Guidewater boot was the heaviest while wet at 2.5 pounds each. They did not, however, gain the most weight from dry to wet.

CONSTRUCTION
The Cabela’s Guidewater Boas feature thoughtful and solid construction with a large loop high on the back to assist with pulling the boots on. A polyurethane rand fully wraps the boot above the outsole, providing great abrasion-resistance on the leather uppers.

TREAD LIFE
While it’s impossible to guestimate how long a tread will last, my experience suggests the Vibram outsole will last longer than many others on the market. The way the rest of the boot is built it is likely the tread, or possibly the BOA, will wear out before the boot body as a whole gives out.

VALUE
The price is right and the Guidewater boot appear to be able to withstand a nuclear blast. They should be around a long time, but might take some time to break them in properly.

Continue Reading
WHERE TO BUY
MSRP
$149.00
*Your purchase helps to support the work of Gear Institute.
HOW WE TESTED

We field tested the boots in a variety of conditions, from the pebbly beaches of Puget Sound while chasing Sea-Run Cutthroats, to the fast waters of the Salmon River in Idaho. We wore each pair of boots for multiple days, and wore mixed pairs on multiple occasions – that is, one model on our left foot, another on our right – to get direct side-by-side comparisons. 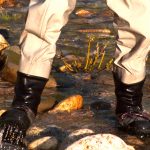 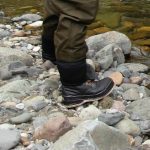 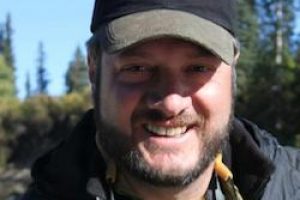 Brett Prettyman has been an outdoor writer at the Salt Lake Tribune since 1990 and also freelances for a number of outdoor-related publications. He tests fly fishing boots and waders for the Gear Institute.